I want to have them separated for modularity and later reuse.

Everything will use 50 Ohm coax and SMA connectivity.

My question here is how to connect them together:

The two modules will by powered independently. If I use a single coax, the GND currents (PSU etc..) will combine with the return current of my signal in the shielding of the coax. This would alter the signal. Right? But with two coax, the GND current will apply in both cable and alter my two signals the same way. Because they are balanced, this would have no impact. I am still right?

Or do I have to strongly connect together my GND of the two modules elsewhere in order to reduce the GND current in the coax? But because I will have to connect the shield of the coax to GND at both end in order to allow the return currents to flow, what about the GND loops?

What is the common approach, for RF lab equipment for example, when a RF source has to be connected to a spectrum analyser? This is the same kind of issue, the two instruments are connected to the earth, but at the same time, they are connected together by the shielding of the coax. Gnd loops? But this works, as fas as I know.

The issues here is that I don't have any clue of the strength of each described effect.

The modules will be powered by a single wall wart that will deliver 12V. But each module will have it's own voltages requirements and will use DC/DC converters or LDO.

Ground loop currents (from other AC equipment) are not going to be significant if your two modules share the same power supply and that power supply is an isolated type like from a wall-wart.

Also, if you are transmitting a balanced signal and the receiving end has balanced termination resistors, the current flowing in the screen is not significant : -

If in doubt use screened/shielded balanced twister pair like this: - 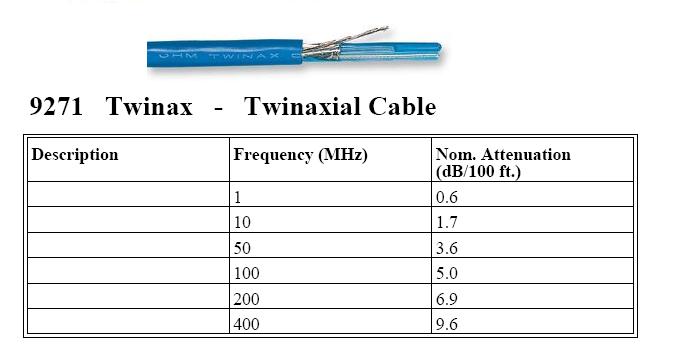 Not the answer you're looking for? Browse other questions tagged rf ground coax or ask your own question.

14
Is it possible to reject noise traveling on the outside of a coaxial transmission line?
5
Proper GND pours for two-layer PCBs?
2
Decision on connecting Earth Ground to one of Two GND pins
0
Coaxial cables vs zip cords for unbalanced signalling
0
Mixed-Signal modular system grounding scheme
0
Sharing ground between devices connected to same power supply
0
Effects of impedance mismatch on RF signals from antenna
0
PCB Battery Grounding
3
How to deal with ground in VCCed-chassis device?
2
Avoiding ground loops with multiple coax cables