LM2577 based boost converter board gives random shut-downs with a 3.7v Li-Po

I recently bought a LM2577 based boost converter board from dfrobots.com such as the one below. 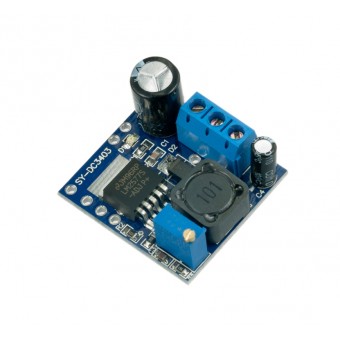 I'm trying to use it to generate a stable 5v from a 3.7v 2100mAh Li-Po battery. The Li-Po voltage was now at 4v when I wired up the circuit. I connected it to power an android mini-PC (mk808/802 type, RK3188 based). The mini-PC worked for 15-20 minutes and suddenly shut-down, even the boost converter shut-down. It happened everytime I tried, sometimes within a few seconds.

The reason of shutdown was that it was getting ~0.6v at its \$V_{in}\$ pin which is weird since there is a Li-Po battery at 4v already connected to it, connections are firm, contacts are also good so it's not a connection/contact issue. It's not even a battery issue, I tried it with various batteries, same outcome. I use a standard micro-USB cable to power it, I just cut the cable and connected power and ground wires of USB cable to the same on the bost-converter board.

I just don't get what the reason for this ghostly 0.6V is? I highly doubt it might be due to some capacitor or the LM2577 itself, I don't know what it is, but it's totally annoying. 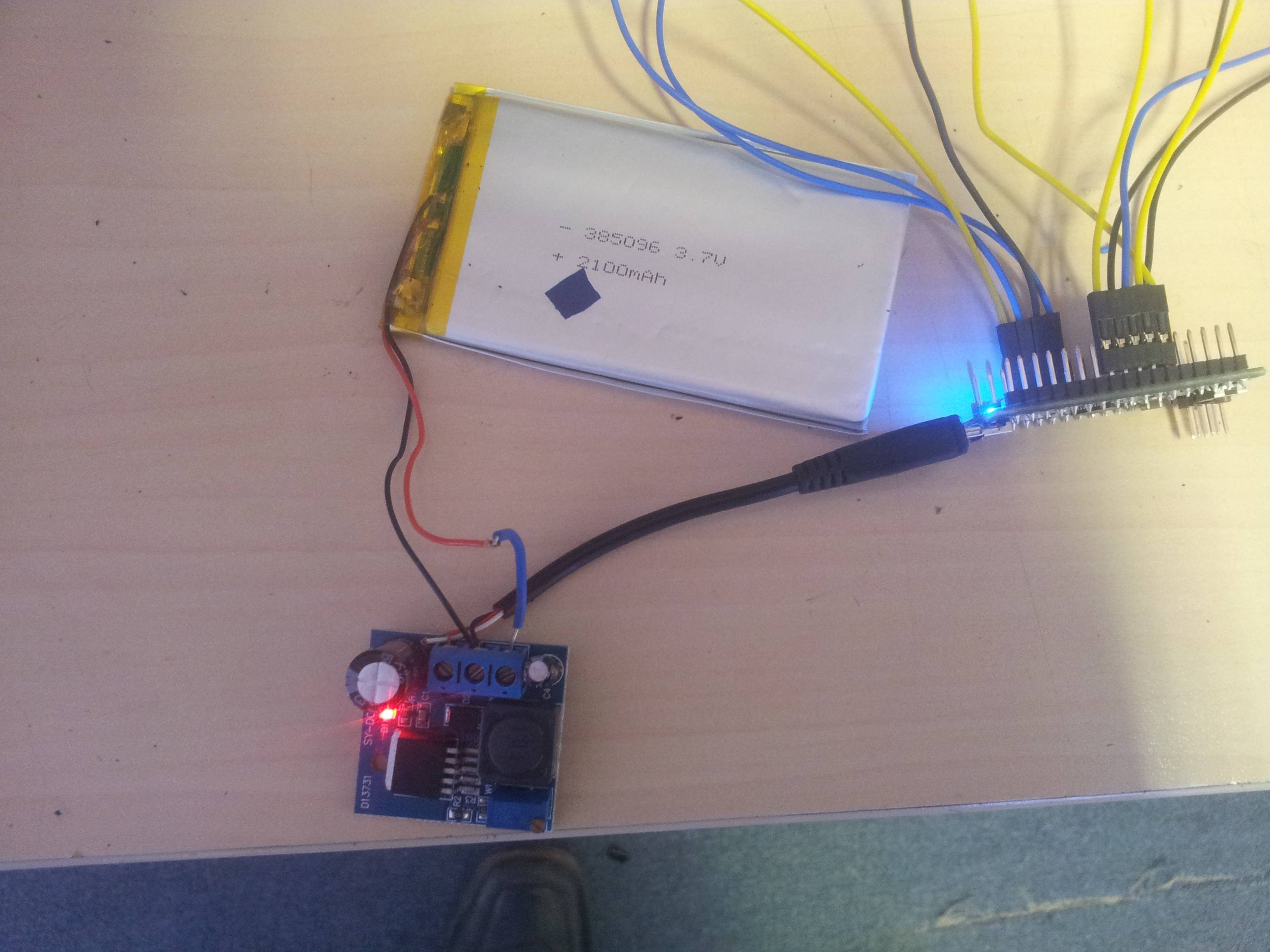 How much current are you drawing from the LiPo cell? It look like there is a protection circuit on top of the cell. (As there should be) The protection circuit will disconnect the cell if case of over current or under voltage in order to protect the cell. I might just be that you are simply overloading the cell. That would explain the ~0.6V. It is probably the remaining charge left on the input capacitor of the booster circuit.

Not the answer you're looking for? Browse other questions tagged usb dc-dc-converter boost lipo or ask your own question.