What reasons are there to avoid vertical through-hole resistors?

I'm working on a layout for a PCB and I need to include a handful of pull-up resistors. The board I'm working on will be a proof of concept, and it is likely I will only need one (and order two). That being said, I'd like to keep the board area small. In addition, I'm using through-hole components to make any revisions easy.

Upon searching Google for an answer to my question, I came across these two links: http://www.head-fi.org/t/162556/any-reason-why-i-shouldnt-use-resistors-vertically http://www.proaudiodesignforum.com/forum/php/viewtopic.php?f=6&t=90

The consensus is that vertical resistors are less popular because:

Are there any other reasons I am overlooking? Granted, most modern designs use SMT components that take up even less space. If the best answer to my particular situation is to just break down and learn to solder the SMT components, I would still like the background knowledge as to why the horizontal resistors are more popular.

Mounting a resistor vertically creates a bigger loop that can pick-up interference magnetically. Compare this with a resistor being mounted on the PCB flat against a flooded ground-plane. The voltage pick-up level is proportional to frequency and area of loop formed by the resistor. This is why surface-mount resistors are preferred a lot of the time.

Also, A high value resistor mounted vertically is also asking for trouble in the presence of HF electric fields - what you can create is a mini-antenna.

As for pull-ups and downs, surely you won't be swapping these out in your prototype - I'd consider using surface mount devices for these parts.

Mounting resistors vertically is something that you can find even in high-quality old equipment.

This photo shows the main PCB of a Fluke 27 DMM. It was taken by Dave Jones of EEVBlog. The date code on the ICs suggests it was made in 2004/5. 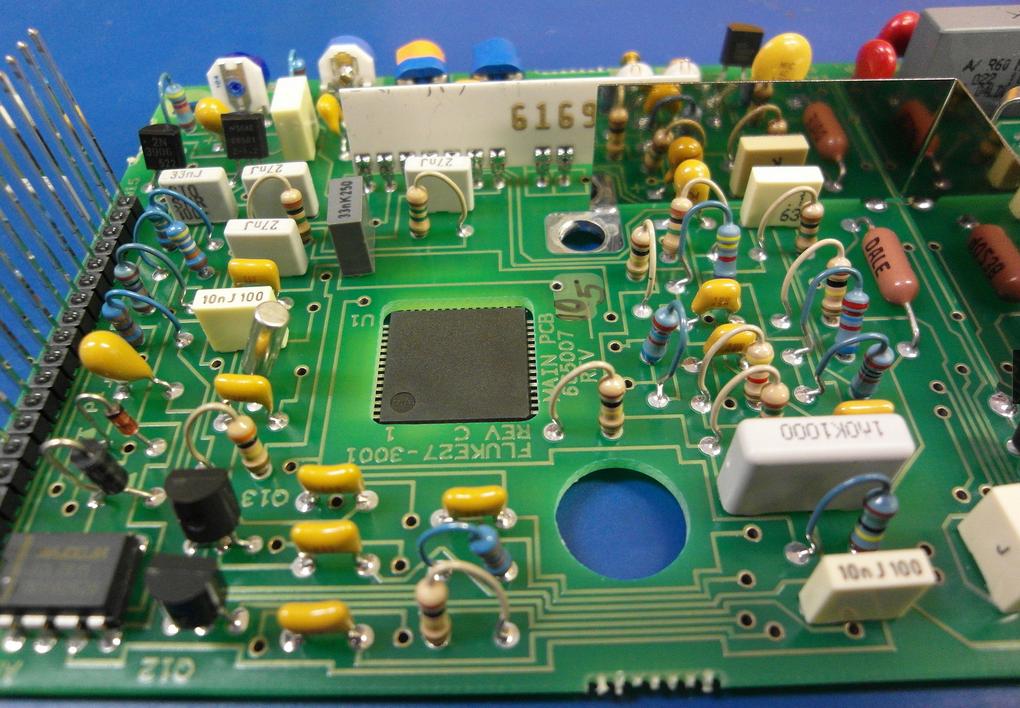 These were designed to for industrial use. (e.g. in mines with potentially explosive atmospheres and by military forces) it seems that vertical mounting isn't necessarily unable to withstand a fair amount of vibration and shock. I have a more than twenty year old ex-military Fluke 25 that carries many scars of rough usage and still works very well. There are plenty of these around so I don't think it's an exception. 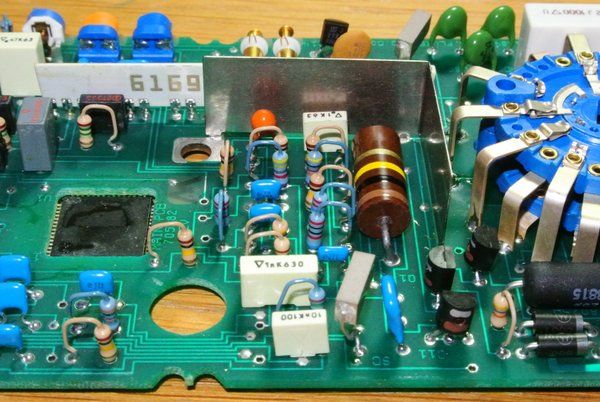 Vertical resistors are a bit messy and can short if they are pushed over. For the same reason they're less resistant to vibration (for example they would probably be inappropriate in an automotive or aerospace application).

In large quantities, vertical resistors are available preformed (bulk or in tape and reel or ammo pack), some even have the long lead dipped in lacquer (like the body) so they can't short as easily. They're still pretty popular in the low end of production, and they can be stuffed by machine. Photo here:

If vibration isn't an issue, there's really little reason why you shouldn't do this, with care to avoid possible shorting. You could always sleeve the long lead if there looks to be an issue.

Keep in mind that in most cases you'll be far better off to use a surface mount resistor. You can start with something huge like 0805 (or even 1206) until you get used to them. Compare sizes here.

To answer a question you didn't ask, if you need a few pullup resistors, you will probably save more space and time by using a resistor network such as shown here. 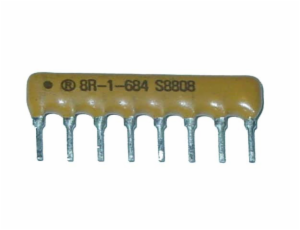 In my experience, vertical resistors are very common in cost-sensitive, hand-soldered products (in other words: cheap products from China). So I think your are making a good decision when cost is a major concern.

But I am a bit surprised that PCB area is a major cost driver in a prototype, especially when there are only two TH resistors?

Not the answer you're looking for? Browse other questions tagged pcb resistors pcb-design or ask your own question.

3
Is it worth to assembly boards for low volume lots?
3
2 Layer Through Hole PCB
1
Minimizing PCB size of a 192 RGB LED array
1
Altium: What are these vertical yellow lines
0
Automotive fuses directly on PCB
5
What is antipad in through hole
2
Pastemask for through hole components
1
PCIe 3.0+ PCB requirement