What is this type of flexible contact strip called?

The LCD below is from a cheap digital clock which was (obviously) damaged (broken glass). 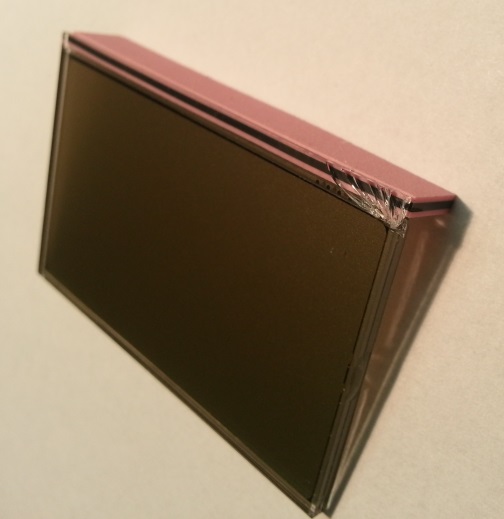 The electrical connection between the PCB and the display was realized with this pink strip. 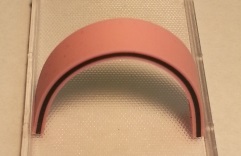 ...and consists of alternating rows of conductive and insulating material between the pink boarders.

What is this kind of connector called? Is it only used for displays?

I am pretty impressed that the connection is reliable just from the very slight pressure between the strip and the PCB. Also, its easily removable from the display. There seems to be some conductive layer on the glass, from where the signal goes into the displays internals. This connection seems to be damaged for the three rightmost signals, where the glass is broken.

That is called a zebra strip or Elastomeric_connector.

It is made from silicone rubber with conductive carbon particles in them. This is used to make sure the connection between the PCB and glass is flexible, as both are neither thermally nor mechanically compatible at all. Also, as it doesn't rust or really react with anything galvanically at all it ensures a pretty good, albeint fairly high impedance, connection between the indium-tin-oxide or other connection material on the glass and the contacts on the PCB.

Not the answer you're looking for? Browse other questions tagged connector display flexible or ask your own question.

9
What is this “contactless” LCD display
-1
Name of rubber “sandwich” between PCB and LCD?
0
Name of the “object” next to an LCD
0
What are types of connection between metallic conductors and glass part of an LCD?