Is this a good layout for a 5A buck converter?

I have updated this question with the suggestions in comments and answers. Make sure you read everything.

I want to make a PCB for a switching regulator (buck converter). It's a TL5001-based regulator, but this doesn't really matter since the layout is about the power stage, which is common to any regulator of this type.

Here's what I got so far: 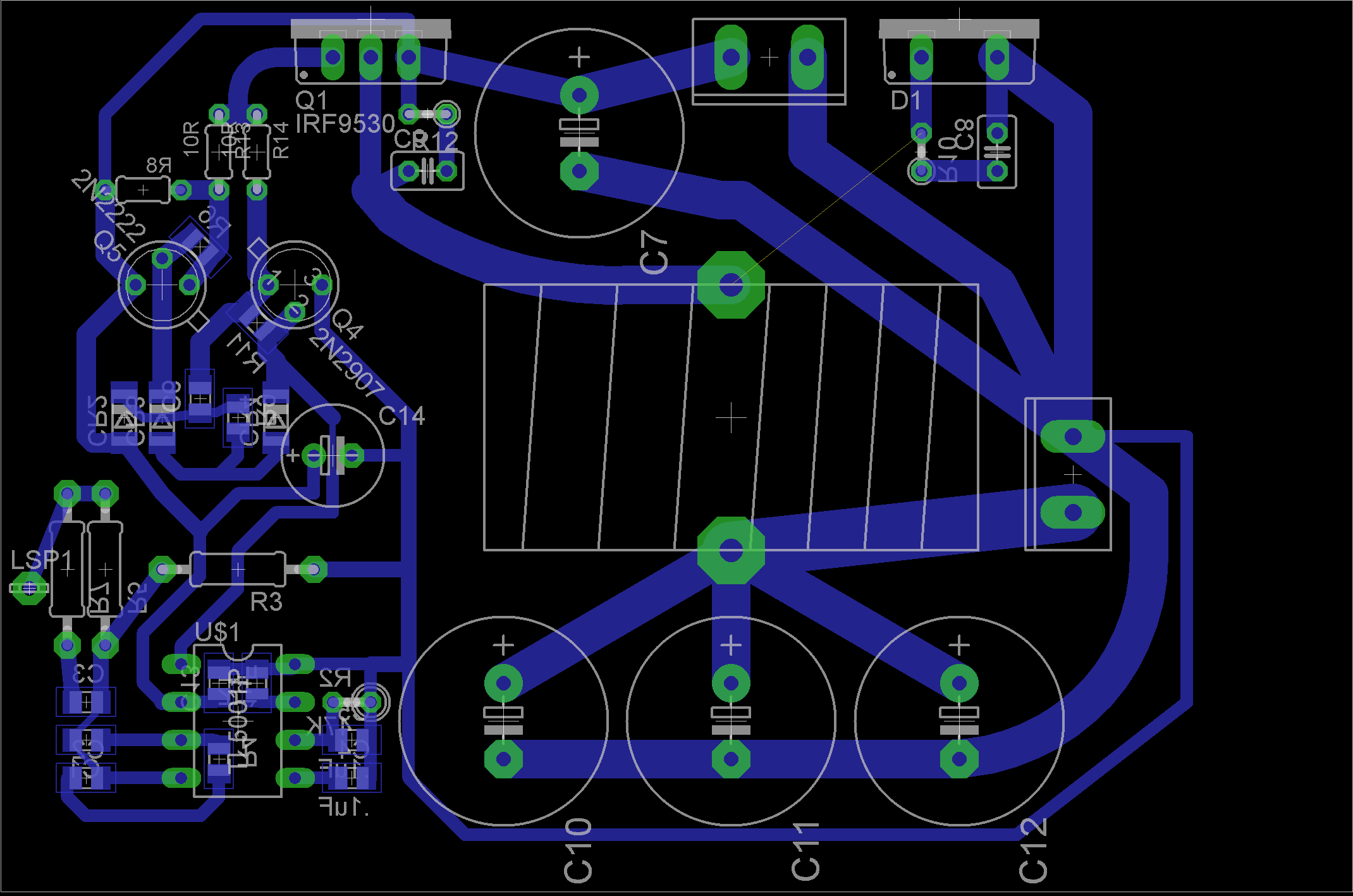 The basic idea is to make a star ground. The center of the star is the connector on the right, which is the output connector. I tried to keep traces away from the inductor (it's a toroid but I'm not sure how it affects nearby traces. C7 is the input capacitor, placed near the MOSFET, to provide enough current during switching. The small components (C8/R10 and C9/R12) are snubbers for the catch diode and MOSFET. Previous experiences with this circuit have shown I need a snubber, or else I get a ringing about 15MHz. 10nf+56R solves this. The datasheet only talks about a snubber at the diode, not the MOSFET.

There is no trace between the coil and the diode (thin yellow line) because I couldn't find a way to run a low-impedance trace there, so I'll just solder a thick piece of wire in place.

The feedback pin of the IC is not connected, but it's a solder pad (LSP1 on the left) because I would prefer to run a remote sense wire.

Traces will be rounded once i get a more definitive layout, to reduce EMI (I don't know if that's even necessary)

As you can see, the board is also single-layer, as I don't have the capability to do double layer boards at home, so ground plane layer is out of the question

I would prefer answers to stick to the topic here which is the LAYOUT of the board. I'm not interested in answers regarding: 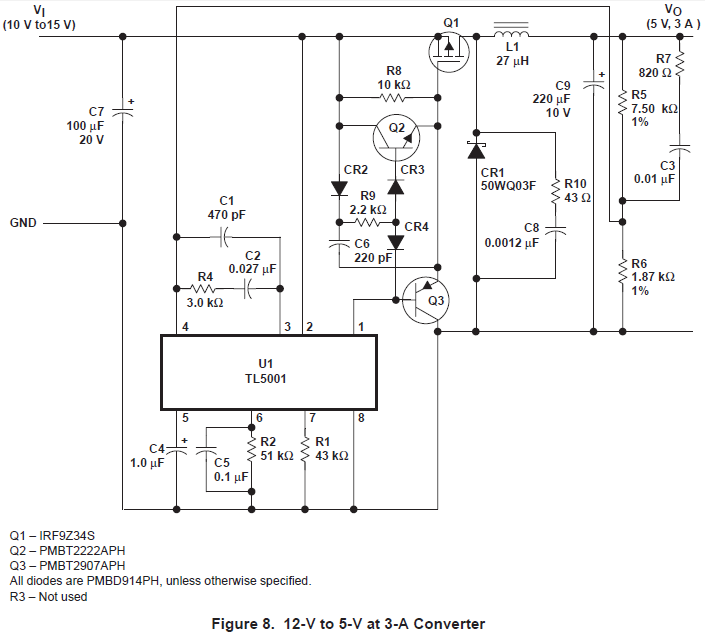 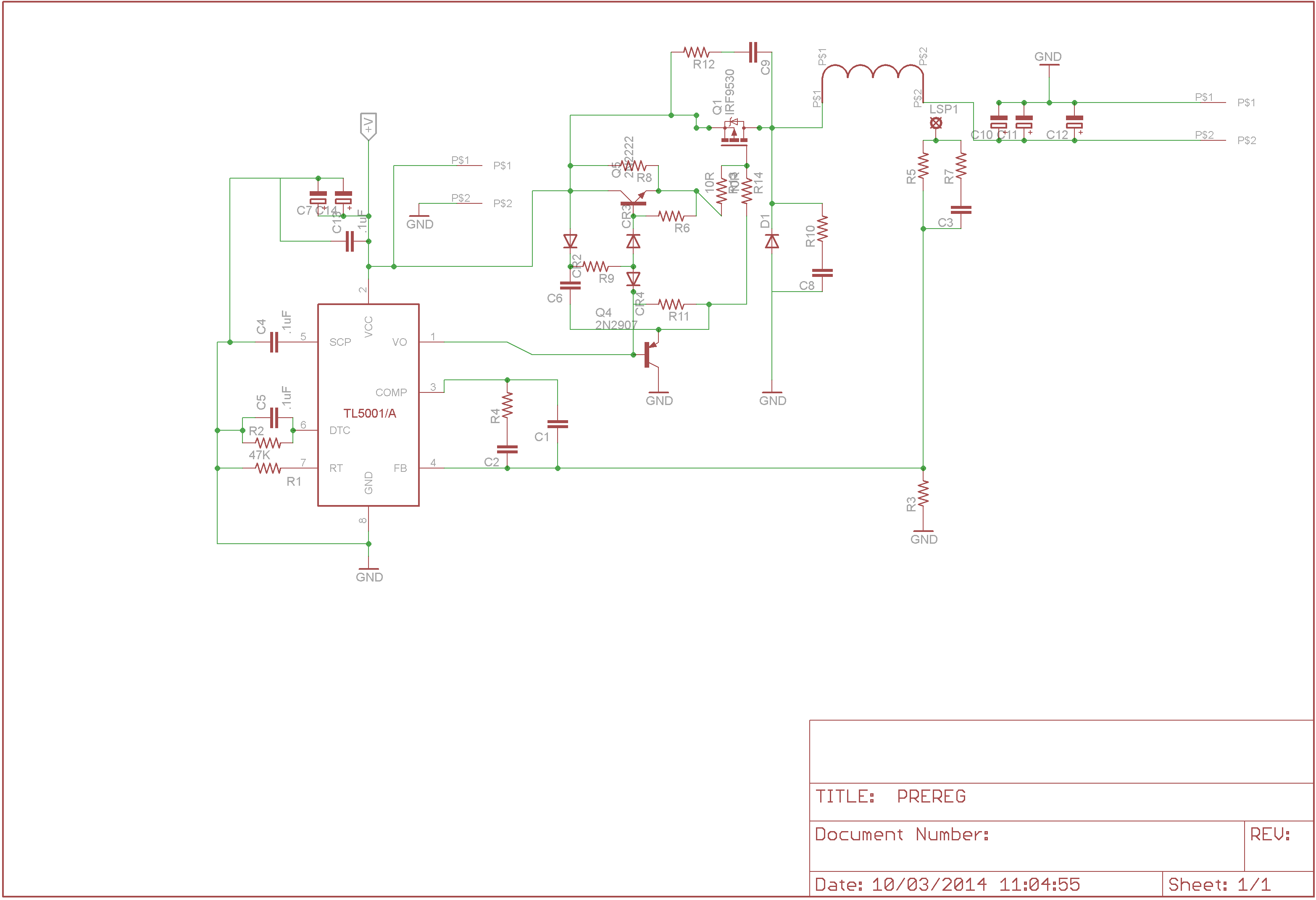 This is the final board I built: 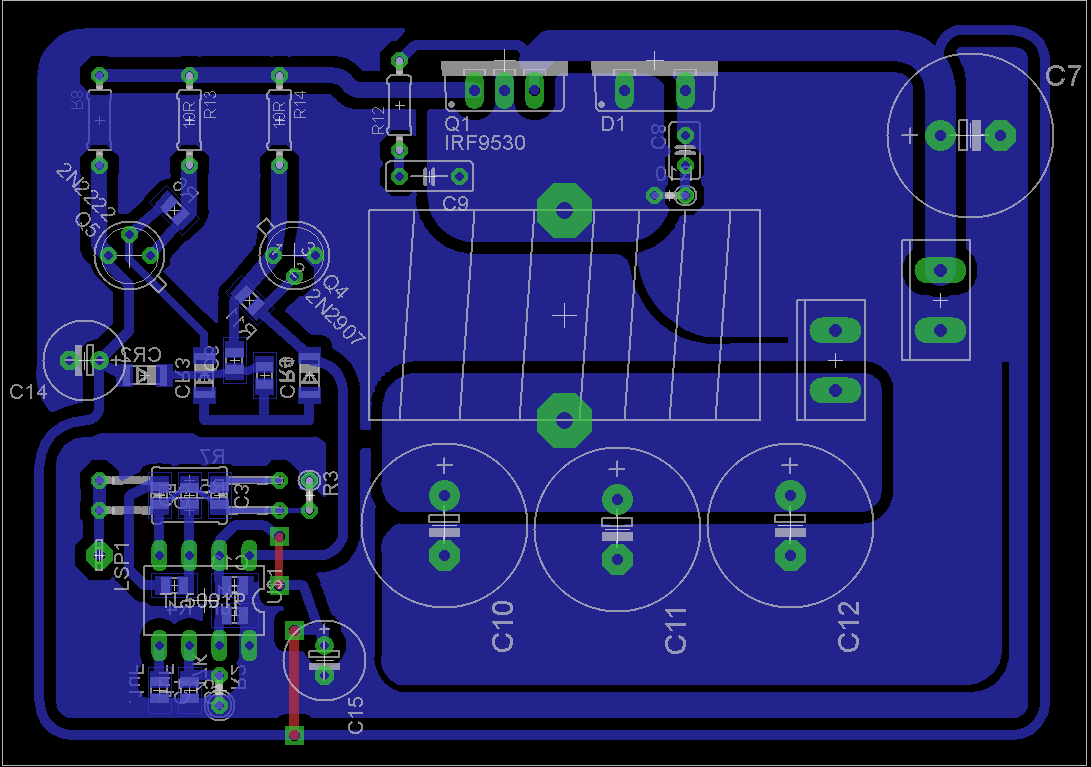 Picture of the finished board: 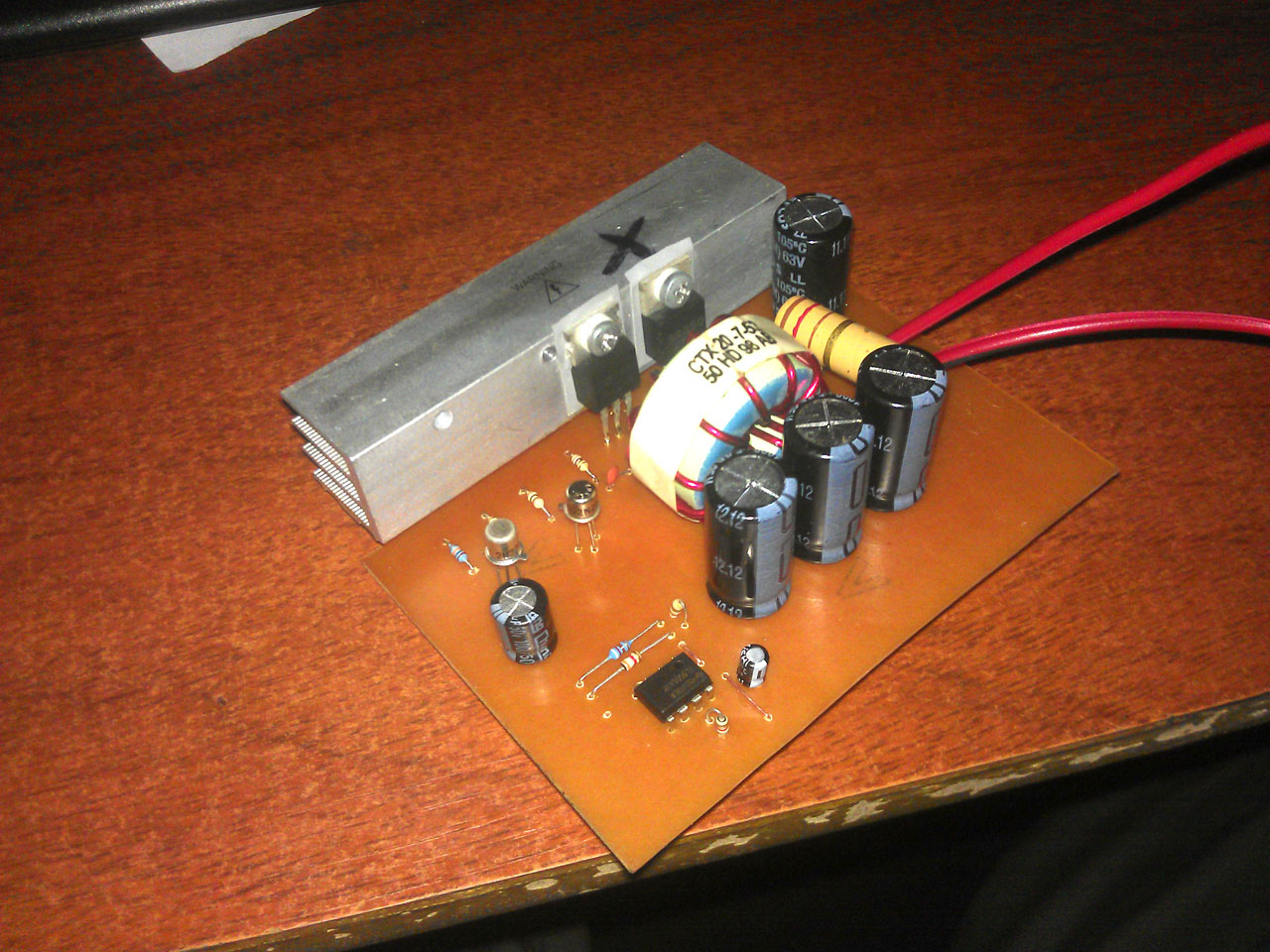 And here's a video of it in action: http://youtu.be/NXNk-duzGrI

Many switched regulators include example layouts, such as the suggested alternative part TPS40200. http://www.ti.com/lit/ds/symlink/tps40200.pdf . The datasheet shows the evaluation module layout and a suggested layout. If you copy that layout then your circuit will probably work.

One thing I found interesting is that switched regulator layouts tend to use copper fills instead of traces to connect high-current paths and simultaneously provide some heat sinking. For example in your layout C10-C12 and the large rectangular component could sit on top of a solid rectangle of copper. Keep in mind that the electrons will take the lowest impedance path.

No, it's not a good layout. Star pointing ground returns is a good idea but I'd use a double sided PCB for best layout. The circuit doesn't help you get the best layout either. Pin 8 of U1 should ideally directly connect to the grounds on the big smoothing capacitors and take no current up any of its length that would flow into those three big caps. U1 has to "measure" the output voltage via a potential divider and it needs a stable 0V reference to do this.

Incidentally, the circuit diagram does not match the layout - where are the feedback components R5 and R6? Where is CR1? I've already worked out that C9 = C10/11/12 but you are doing things that I can't see on the circuit. This is bad dude. OK I can see that CR1 has become D1 but this needs to be right up at Q1 to work effectively unless you don't mind replacing Q1 now and then and interfering with your neighbors AM radio.

In short, you may get away with 1 sided PCB but more work needs to be done.

Please post a circuit that matches the artwork as well - we are not paid to help so don't make life difficult for us.

Not the answer you're looking for? Browse other questions tagged pcb pcb-design switch-mode-power-supply dc-dc-converter or ask your own question.