What happens to IC's when trying to operate them in extremely harsh cold and high altitude environments like Mt Everest?

Could you take any ordinary phone or computer up there an expect it to work? I believe the altitude at base-camp is aprox 18,000 feet. Perhaps heating may not be a huge problem since its awfully cold-perhaps too cold for devices to start after a while?

The gravity at the top of Mt. Everest is only 0.434% weaker than at sea level - so no significant and not to worry about. The air pressure however is only about 1/3 of sea level. This could be a problem for some components that have air pockets such as DIP capacitors. The internal air will expand and could fracture the component depending on the design and build quality. I can't think of any SMD components that would would suffer from this, if someone can - please post a comment.

Now the big problem is the cold. Most consumer made devices are not ready for low temperatures. LCDs contain crystals in them that could freeze and damage the components. The lubricant in the bearings for hard drives will thicken, slowing it down to the point that the device can't boot. Condensation could also be an issue as water droplets may form inside the unit and short something out. The thermal strain can also damage the board, solder joints or components. As the device cools and shrinks it the internal pressures on the parts could damage them if it was not designed for those conditions. In general the 0 - 45 C rating is not something the marketing department made up. 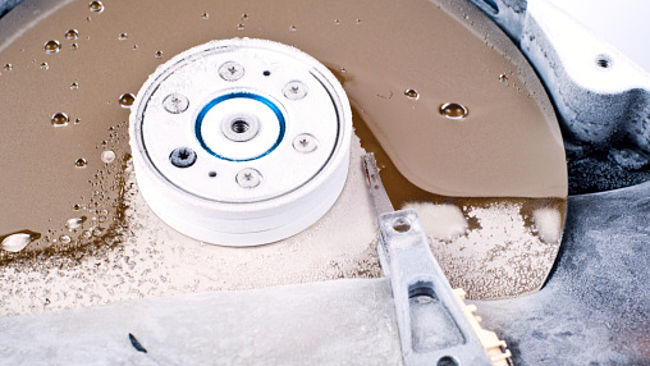 A BGA package that had a ball break after temperature cycling 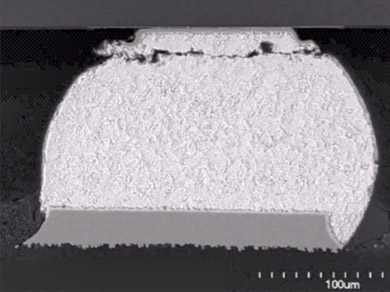 Finally here is a paper on the effects of temperature on CMOS technologies. While the paper focuses on room and high temperatures the inverse is true for room and low temperatures. Propagation delays will be skewed and other timing issues will arise if the IC is no specifically designed to deal with that temperature:

Jim Dearden's comment is accurate- things like batteries, electrolytic (and some ceramic) capacitors and LCD displays will stop working before it gets too cold for most well-designed semiconductors.

The standard military temperature range is -55°C to +125°C. That does not quite get to the lowest temperature ever observed at Everest nor even come close to the coldest temperatures observed in Antarctica (about -60°C and -90°C respectively), but usually the stuff will work at somewhat colder temperatures with some loss of performance.

Thin air means lower breakdown voltages for air and poorer cooling, so overheating or arcing could be an issue. Worst-case is an altitude of around 150,000 feet. Only a moderate change happens at the sort of altitudes of Everest, which are not much more than the ceiling of a light aircraft.

The worst case terrestrial temperature extremes for electronics are close to absolute zero (-273°C) and about 200°C or more in some geophysical instrumentation. Sometimes things have to work in a hard vacuum, which makes cooling more difficult.

Not the answer you're looking for? Browse other questions tagged temperature environmental-sealing or ask your own question.