I want a continuous and highly stable light from an LED for around a couple of hours, for which I need a highly constant and highly stable current source. I prefer an opamp-based circuit for the same. What should I use?

I can speak from some small experiences on a part of this. I'll leave the "highly constant and highly stable" current source design to those who know this better than I. But I was involved in creating LED-based light sources intended as "lamp references" for optical work. Your description suggests the same to me.

(1) Even if you have a perfect current source, LED output varies with temperature. So they must be operated at a stable temperature. We chose to heat them to about \$75^\circ\text{C}\$ using a closed loop control. That solved the temperature drift problem.

(2) LEDs themselves aren't consistent. Even those cut from the same wafer aren't consistent. We had to pre-stress thousands of them, holding them at a stable temperature while running them with a current source for days. We monitored the optical output and data logged the results. A few, a SMALL FEW, would actually gradually drift and then settle down to a stable spot (peak wavelength and intensity.) We chose those for the standards. We threw away most of them, by far. At the time, we kept less than 1% of those tested because more than 99% of them simply weren't stable even over periods of hours.

I'm just saying. I believe you are focused on the wrong issue. Buy yourself a really nice 100ppm "stability" current source from a supplier that provides the range and resolution and accuracy you want and guarantees all of it (it won't be cheap.) And then use that with your LEDs and play around with temperature and various LEDs just to sample the modern situation with LEDs before going off and worrying about the current source end of it. You need to know what parameters need to be placed under your control in order to meet your requirements. Dog first, tail later. Just one opinion.

As has already been mentioned, if you feed a perfect and stable current into a LED, the LED will vary its output light level with temperature and quite likely aging as well. Why don't you build a light sensor to monitor the output light level and use this in a feedback loop to control the LED current. A lot of low power lasers do this: - 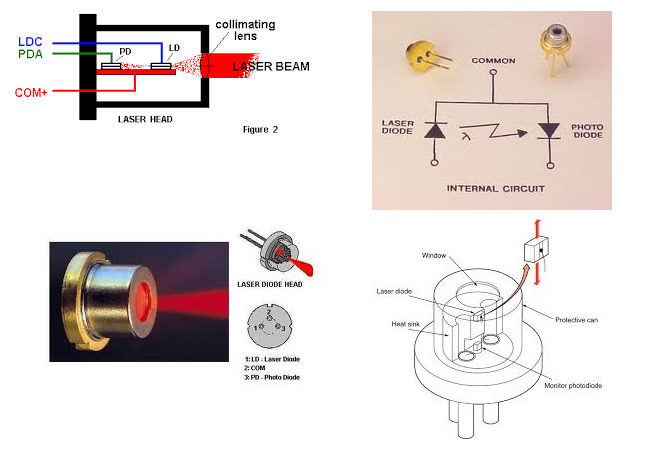 I'm not saying light sensors are perfect but some are stabler than LEDs (and intended to be so) - the difficulty is how you couple the LED to the sensor and prevent reflections and ambient light affecting things. As I don't know your proposed idea other than what you wrote it's impossible to say if this is feasible.

Stability is pretty easy to achieve at the 0.5% level, even the lowly LM317 should be good enough.

If you want a current source with, say, 0.25% accuracy and better stability, consider something like an LM4140 as a 1.024V reference.

The compliance of the current source is about 3.8V, depending on the MOSFET chosen, so it should accommodate most types of LED. If you need more compliance, increase the supply voltage from 5V or divide down the reference and reduce the sense resistor (but that places more demand on the op-amp Vos and TCVos characteristics.

With care, and trimming, this should have stability in the 5-10ppm/K range, and initial error can be trimmed out completely (to the extent you can measure the current accurately).

I know it has been a while, but what you want seems to be similar to a laser current source.

There is a physics paper that describes just that: a very low noise (~45nA rms), stable (µA/°C) current source for up to 200mA.

If you wanted for example 20 % stability on Luminous Intensity, you would have an impossible goal , even with a perfect current source due to bin tolerances, reflector tolerances, junction temperature rise differences due to ESR variance and fixture orientation variances. Typical specs are 200% max of min Iv.

But if you know where or how you want the intensity metered, an ambient focused or diffused photo diode detector to control the current, would make it trivial to achieve 1% tolerance for Iv. The eye can detect 1% step but a casual comparison with 10%difference would be hard to tell between two LED's. The eye has over a 10 decade range long term (day/night) and <3 decade range short term.

It depends on what is meant by "highly stable". How much output variation can be tolerated? As noted by others, the thermal characteristics of the LED will have a significant impact on the light output level, regardless of how stable the supply current is.

Providing a specific stable current can, in this case, be considered an open-loop control configuration. A very simple (two component) constant current source that generally works well with some trimming, is a JFET current regulator. A good write up may be found here:

If thermal effects cause too much variation for your application, a closed-loop control configuration, one which monitors the actual amount of light output from the LED and adjusts the current to compensate, will be necessary.

Not the answer you're looking for? Browse other questions tagged led operational-amplifier light current-source or ask your own question.

2
Why is a common LED failure mode to flicker astably or oscillate?
0
Power an LED for little time without battery
0
How to create a 30 mA constant current power supply
0
Conditional analog sample and hold (analog override?) - circuit suggestion request