I'm just getting my head around RLC dynamics.

After some analysis and math i get,

and the characteristic equation:

i.e. isn't the figure below the case? 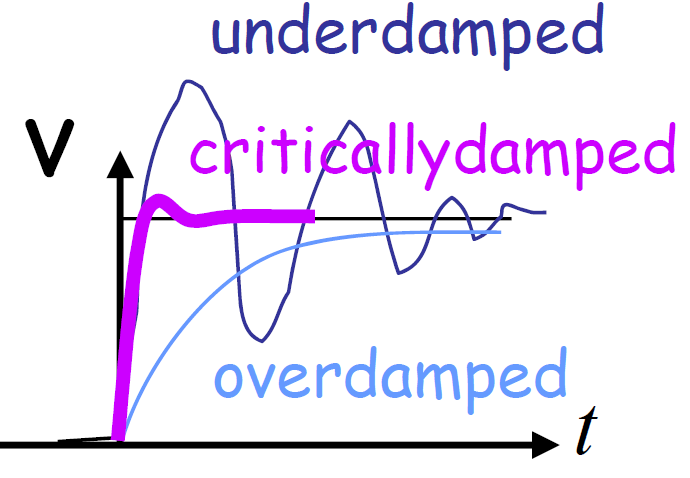 or in the case of source-free RLC. 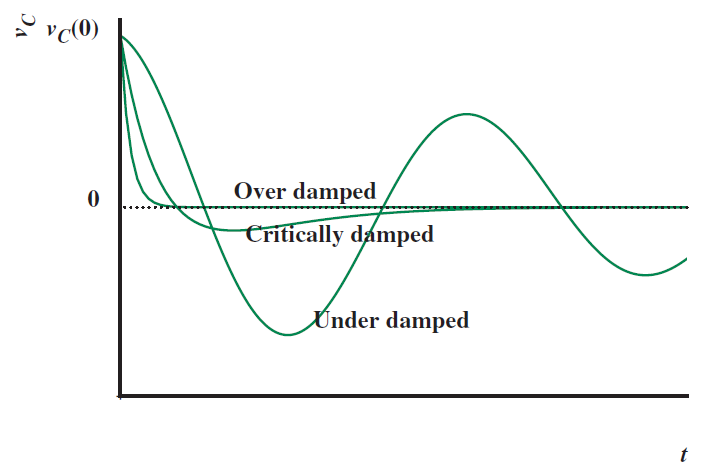 To intuitively see this, imagine a mass spring damper system where the mass is released at t=0 and finds an equilibrium condition. That response will have no overshoot (say a door is release and it closes automatically).

On the other hand, if the mass is moving rapidly at t=0 (say the door is given a mighty push just before t=0) it may well overshoot before reaching a final equilibrium.

For a detailed mathematical treatment, minus hand waving, see, for example, this.

If it's a step response from equilibrium there should be NO overshoot, and any overshoot is an indication of underdamping.

As Dave Tweed mentions, if some overshoot can be tolerated, then a faster rise time can be achieved by slightly underdamping. For example, for a tolerable overshoot of 5%, \$\zeta \$ should be about 0.69. The 10% to 90% rise time is then about 35% faster than the critically damped case. Perhaps they are illustrating such a design decision, which is pretty common.

There seems to be quite a few bad examples of formulas out there, so be careful. Here's one example from here, which is totally incorrect.