How can I track where this 471kHz noise is coming from?

I'm new to EE in general and I just received my first oscilloscope (Rigol DS1102E).

But here is what puzzles me. Look at the picture and notice that I have what appears to be noise in the 471 kHz range. That noise is on pin 7 (AUDIO OUT) of the IC. 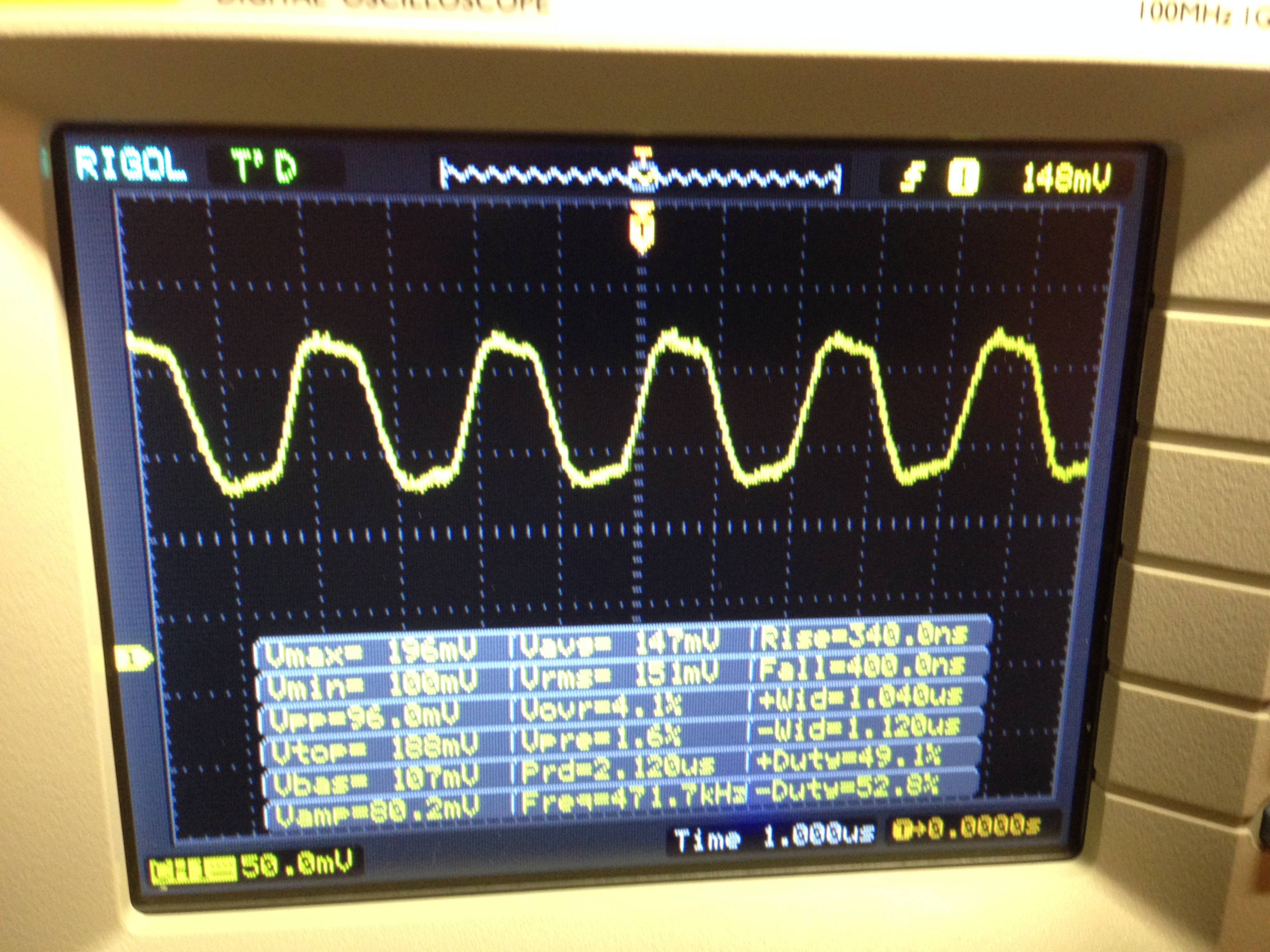 Since it's in the 471kHz range, I'm assuming that's why I don't physically hear it coming through my speakers.

Also, when I send a 440Hz tone through the speakers, the tone sounds great. But, I obviously don't see 440Hz on the scope. But I see it wildly fluctuate. Like it's combining the 440Hz with the 471kHz.

I can provide more pictures and details if anyone needs it. Any tips on helping me track this down would be greatly appreciated.

Update: To answer some questions/comments:

I have tried powering the Arduino (and the entire circuit) two different ways. One with a crappy wall-wart PSU and the other from my USB port of my MacBook Pro.

I have my circuit on a Parallax Pro development board which has a voltage regulator built in. Not sure of the quality. However, I have put a 1Mhz crystal oscillator off to the side of the board and the scope reads 1.000Mhz consistently but there is some spiking on each edge. But, it's consistent.

Also, the Rigol has a 1kHz probe port and when I put the probe on it, the reading shows a stable 1.000kHz frequency with a 50.0% duty cycle. Image looks solid. So, I believe the scope should be pretty accurate (at least as far as my limited knowledge can tell).

Finally, I have done the following to no avail:

What is odd is that I can now actually play VGM songs and they actually sound really good. When I play a 440Hz A, it actually sounds like an A. Even though I can't prove it on the scope because of the noise.

Edit: Upon reflection I don't think this is the culprit in this case, I think Dave Tweed's comment is where the issue is, but I'll leave this in case someone runs into a spikier noise problem.

I suspect that a switching power supply is causing the problem. Here is the schematic (from Jan Panteltje) of a cheap eBay supply. 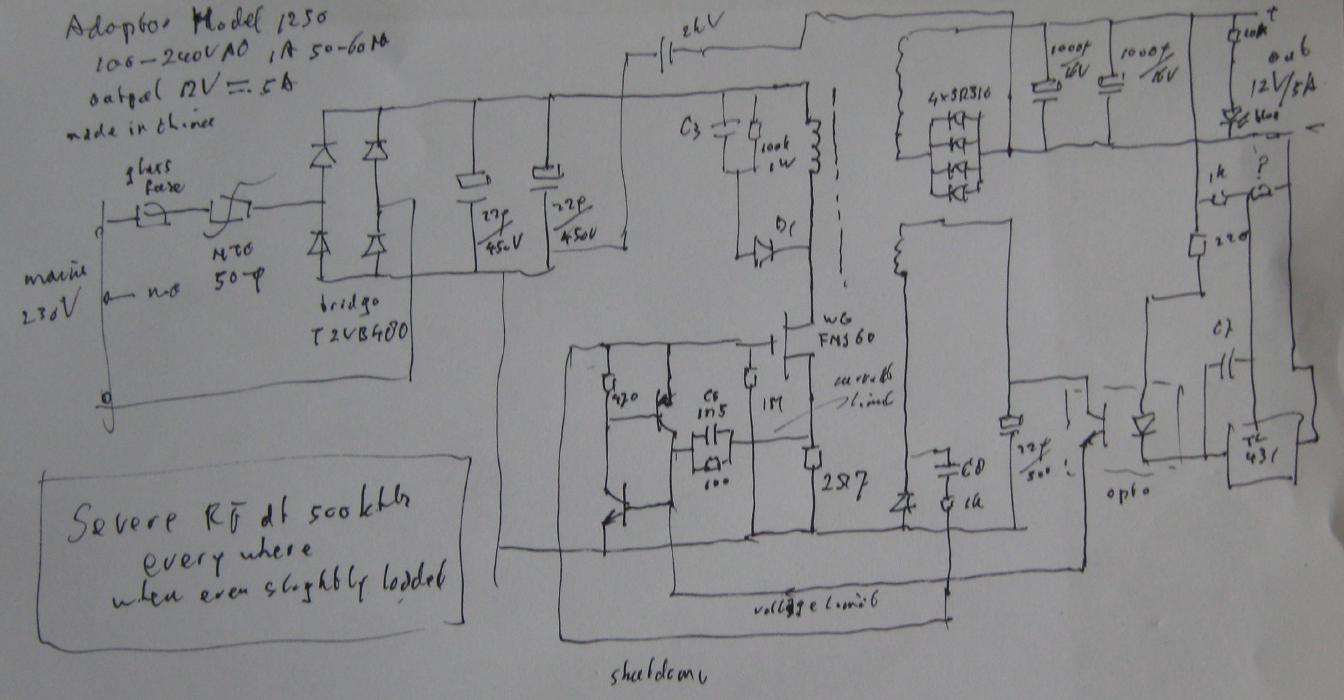 It's not perfect, Jan got the 1M connected to the MOSFET source, it actually goes to +300V.

Anyway, the point is this thing is kind of a self-oscillating flyback that runs at about 500kHz, with zero EMI considerations. It would certainly fail FCC testing, and hence is actually illegal to sell in the US. No common mode filter on the input, no shielding etc. It drove all his instrumentation up the wall.

Good supplies can still cause some interference, but if you have something like this it's like setting your 'scope up next to a radio transmitter.

If you have such a supply, see if the noise is still there with the Arduino turned off but the supply turned on, and if it goes away when the power is cut you've found the source.

Not the answer you're looking for? Browse other questions tagged noise oscilloscope high-frequency frequency-measurement or ask your own question.

5
Clock Shape Changes with Two O-Scope Probes
2
How to clean up high audio noise amplified through a 2x2 electronic switch?
8
Measure power supply ripple with Rigol DS1052E
2
How can I find and remove servo/motor noise from this audio amplifier?
2
Peculiar noise when observing a square wave
3
Rigol DS1052E shows random noise signal after encoder panel replacement
1
HF signal in a null experiment. What is the exact mechanism?
0
How to mitigate common mode noise introduced by the (LF) RFID antenna driver (on un-earthed SMPS)
7
Audio signal on oscilloscope
6
New Rigol Scope is this Oscillation Normal?