I have a circuit that tests DC PSUs. They are typically unregulated and unsmoothed, up to 50V. It performs tests to establish I/V curves, down to about 1V, and up to about 3A. I want a sub-circuit that protects the testing circuit from accidental reverse-polarity connection of the PSU under test, without dropping too much voltage. (i.e., a rectifier is definitely not ideal).

The testing circuit has +5V, -12V and +12V supplies which can be used for the protection sub-circuit.

What circuit would achieve this? Ideally I would use an N-channel MOSFET given its particularly low On-Rds. This question comes close to the answer, but it will not work for a PSU voltage of less than about 5-10V, or more than about 20V. (Although a potential divider is suggested for use for PSUs above 20V). I have tried scribbling some circuits but am not getting anywhere. Is what I'm asking even possible?

Consider using an LM311 comparator powered from the available +/- supplies and driving an SSR.

The circuit shown presents a small resistive (11K) load across the input. If that's objectionable, an additional high-impedance buffer could be added ahead of the comparator. 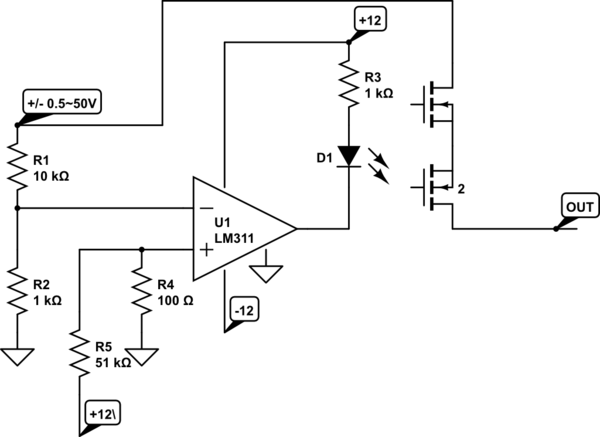 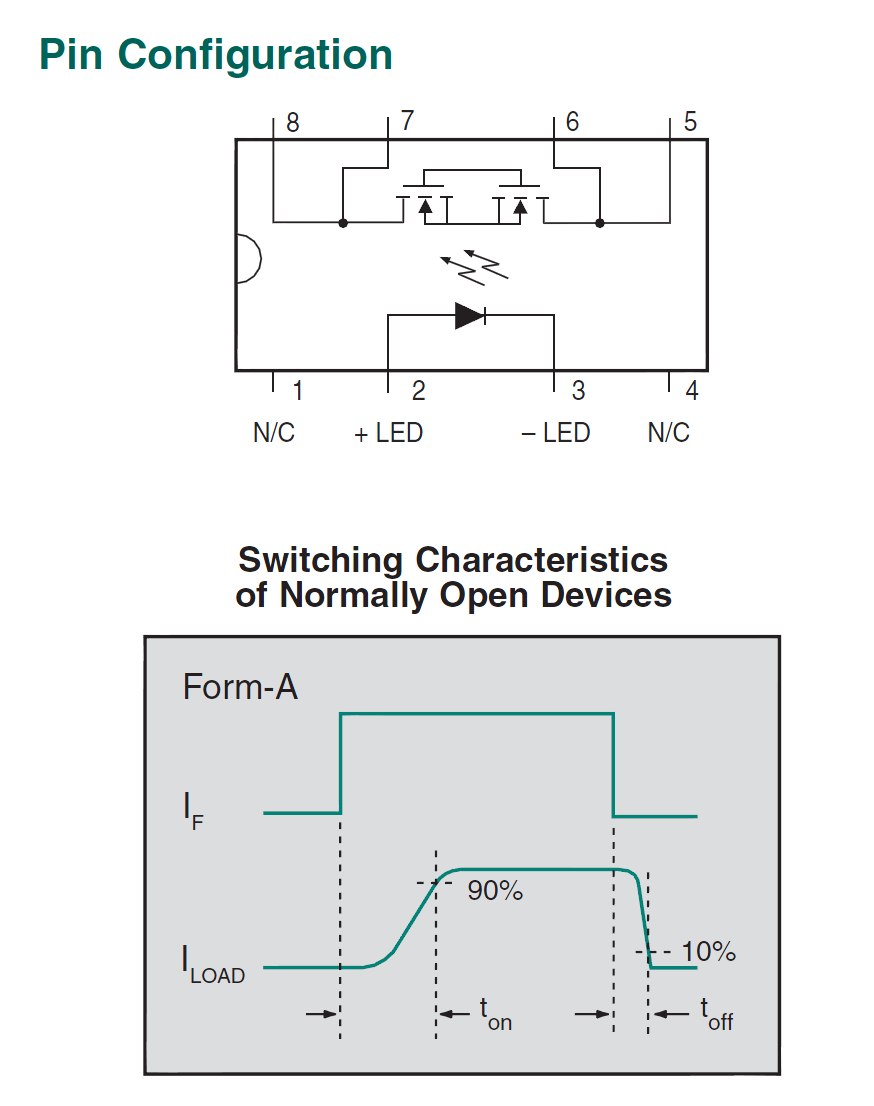 The same principle could be used with the comparator driving a heftier SSR, or a mechanical relay, which would allow even lower series resistance. It's also permissible to parallel a few CPC1907Bs with the input LEDs either driven from individual 1K resistors or connected in series with single a lower value series resistor.

Not the answer you're looking for? Browse other questions tagged power-supply protection polarity or ask your own question.