How to tell a piezo buzzer is broken?

Some time ago I've purchased Bestar Acoustic's F-B-P3009EPB-O1LF piezobuzzer, but only now found time to actually test it. To my understanding, piezobuzzer should just work after voltage (in my case - 12V) is correctly applied, that is, produce tone of several KHz frequency.

At least, this is what my other KPEG272A piezo buzzer does, but with Bestar Acoustic's one I just hear single crackling, as if it were a loudspeaker.

Is my buzzer broken or my application of it is somehow wrong?

This thing is not a "buzzer" it's a "sounder" in Chinglish or what I'd call a transducer.

It's actually a thin round piezoelectric "bender" element bonded to a metal backing that distorts in an "oilcan" mode when voltage is applied (image from here). That element is acoustically coupled to a Helmholtz resonant cavity. 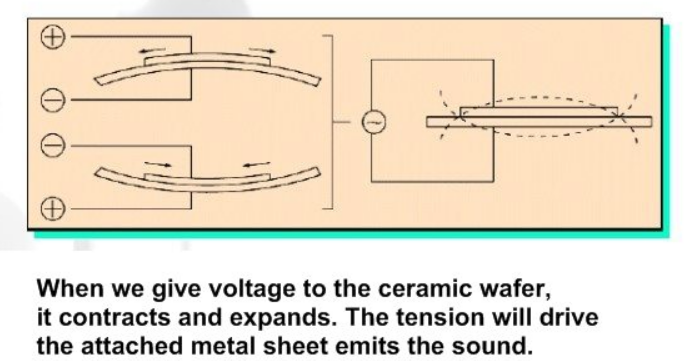 Due to the "tuning" of the element and resonant cavity, the response of the "sounder" is not at all flat- it's really designed to emit the maximum sound level at a single frequency, in this case 2500Hz. 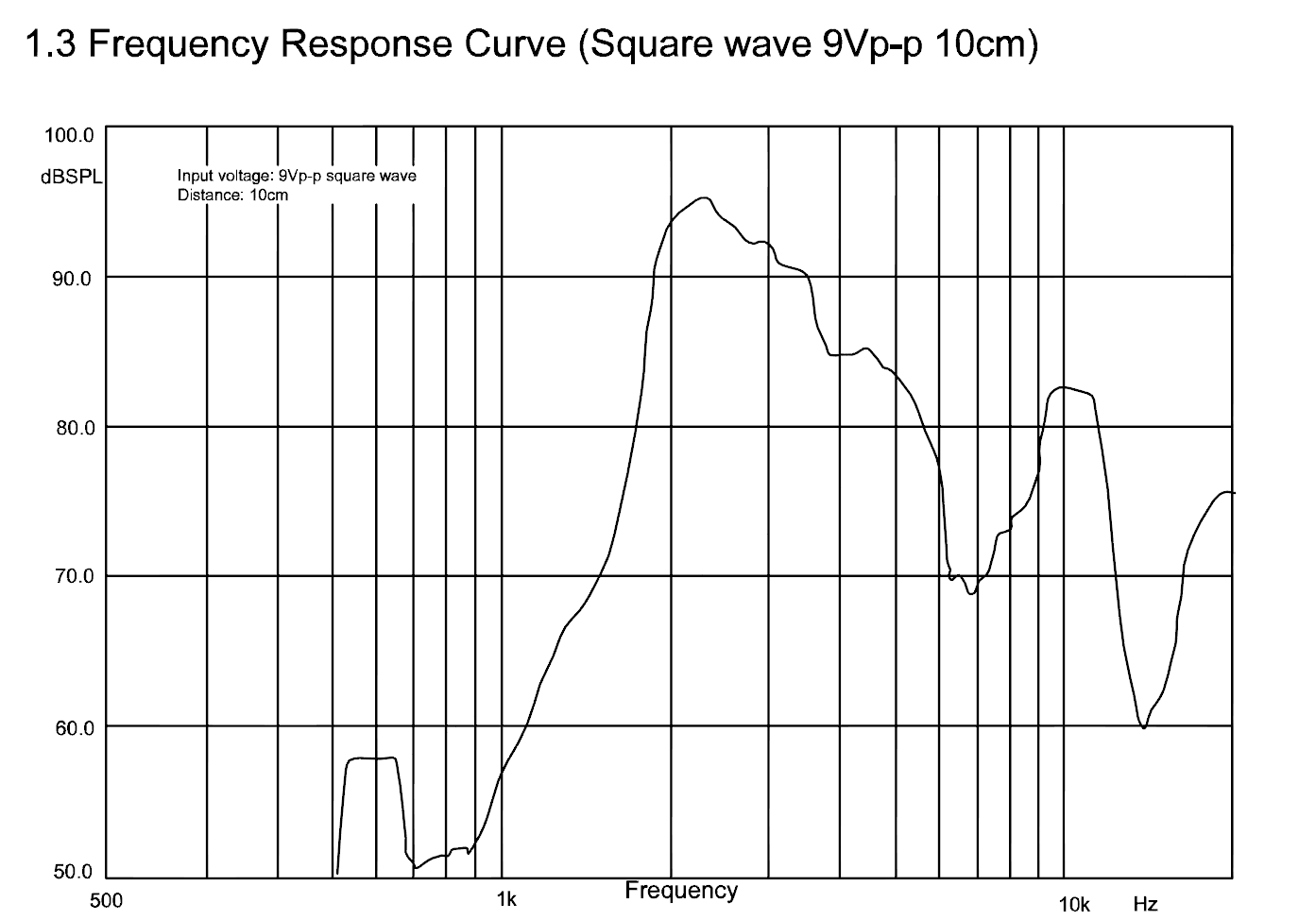 You will get the maximum sound level by driving it with a sine wave at that frequency and the maximum rated voltage, but a square wave will work too, since more than 80% of the energy of a square wave is at the fundamental frequency (but won't sound as pure because there is still some response from the transducer ('sounder') at, say 7500Hz.

You could create a 2500Hz square wave oscillator with a 555, or use a PIC or other microcontroller. If you use a microcontroller, you can drive the 'sounder' with two port pins push-pull, and so get almost 10Vpp drive from a 5V supply.

Here is an example of the latter type of circuit:

Where the "Alarm" is a piezo transducer.

The piezo element looks (electrically) like a capacitor (in this case, a 20nF capacitor) so the drive waveform from a PIC will be a bit trapezoidal (sloped rise and fall), but if you squint should look pretty much like a square wave.

If you look at the datasheet you will see that this piezo element must be driven with a square wave at the desired audio frequency, and with a peak-to-peak voltage of (typically) 9 V. Your other buzzer has the drive circuitry built in so you just supply a d.c. voltage.

Not the answer you're looking for? Browse other questions tagged piezo-buzzer or ask your own question.

51
What's the third wire on a piezo buzzer?
56
"Remove After Washing" on Piezo Buzzer
1
Piezo buzzer current consumption
1
Piezo Buzzer datasheet question
3
Safe to remove piezo-buzzer from this PCB?
4
Piezo Buzzer Coil or Resistor oscillator
2
How to tell if a buzzer is passive or active?
1
Using piezo buzzer to play complex waveforms
2
Piezo buzzer vs Speaker