I'm looking to use the P-channel MOSFET approach to reverse polarity protection as described here and here (fig 5). Basically this picture: 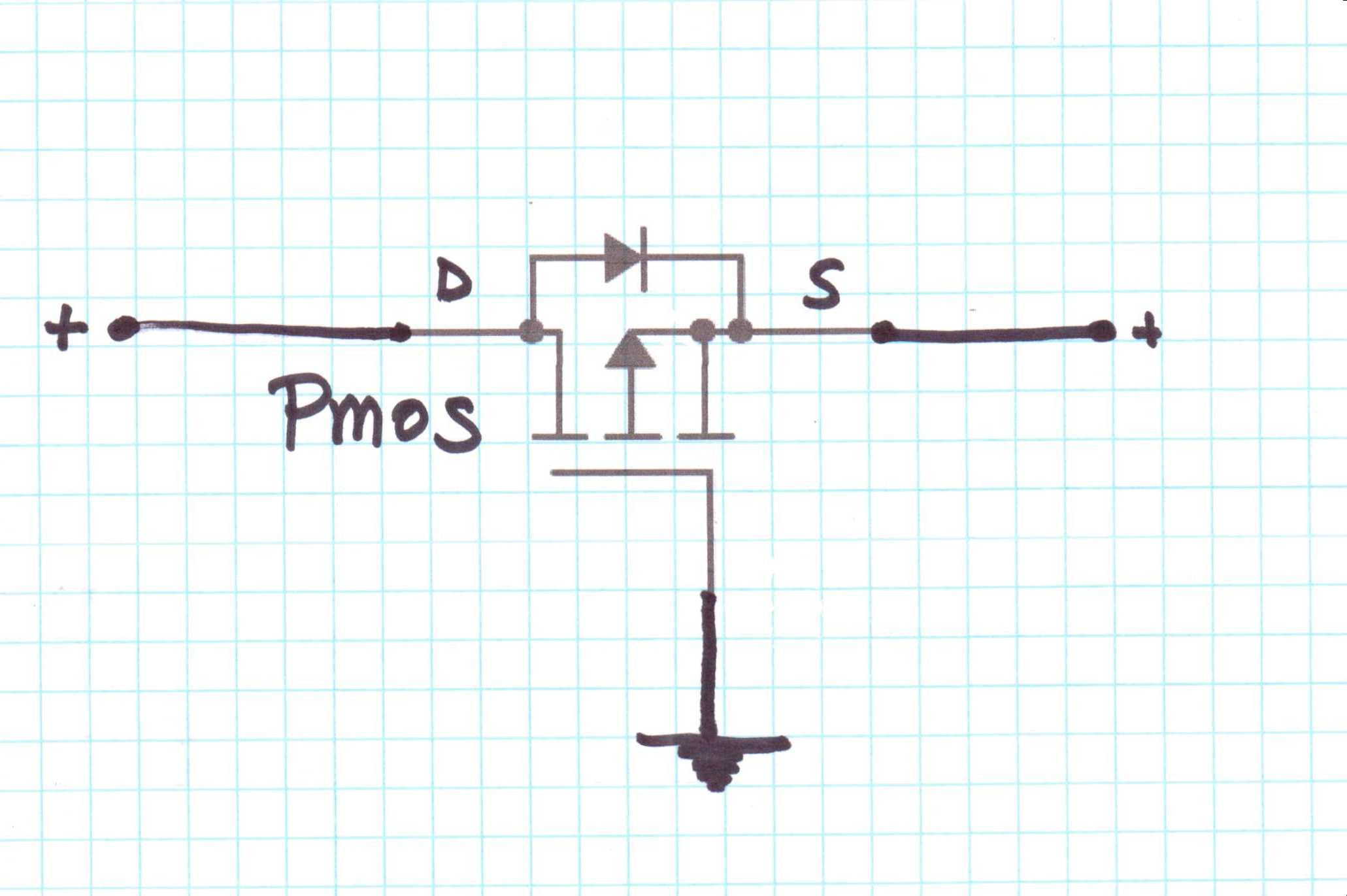 I've seen that circuit topology used, for example, here, but I'm not convinced that schematic is accurate (maybe you can comment). The way I see it, I can either connect the Drain-pin to the Input Voltage, or the Source-pin to the Input Voltage. Does it matter which way I connect the P-channel MOSFET, or is the protection symmetric about the drain-source channel and all that matters is that the D-S channel is in series with the input voltage?

It should work. Here's another diagram of this approach.

When the battery has a proper polarity (as shown in the diagram):

When the battery has reversed polarity:

The O.P. references an Arduino shield schematic as an example. 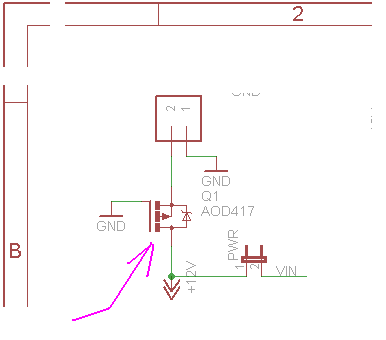 Source pin is the unknown polarity input voltage and ensure that it doesn't get too close to the breakdown rating of the mosfet's gate-source voltage. Probably about 15 volts is maximum but check the data sheet.

You put the anode of the body diode on the Vin direction so you get the negative Vgs.

Yes, when you apply a positive voltage on the D side, this voltage will also appear (minus diode drop) on the S side. With the G grounded, you will have Vgs = -Vin and the device will conduct. As a P-MOSFET conducts with negative Vgs.

You could get it work by reversing D and S but then the body diode will conduct if you place a negative power source at the input. Which might get you in trouble.

Not the answer you're looking for? Browse other questions tagged protection reverse-polarity or ask your own question.