Are there stencils for thermal paste/grease?

I recently came across a reference to the use of stencils to consistently apply thermal paste/grease between device and heatsink. I'm having trouble finding much better explanation of that concept. Are such stencils commonly used? If so, how does one use, construct, and/or obtain them?

A stencil could be used as Scott mentions, or a "silk" screen with adequately large mesh for the viscosity of the thermal grease. I put "silk" in scare quotes because most screens these days are polyester mesh. 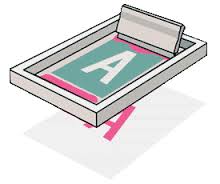 I have not used these for this particular purpose, but I have done more than enough silk screen printing to know it would be no problem to print arbitrary patterns of thermal grease on the flat surface of a heat sink (for example, 12 TO-220 package outlines could be printed at once).

The problem comes in if the surface has any protrusions (such as fins) which could interfere with the screen or the screen frame.

In the case of stencils, the viscosity is similar to solder paste, so printing should be similar. You could create a gerber file for the stencil maker as you would for a PCB layer. In the case of a screen, they normally work from graphic arts files such as Adobe Illustrator or PDF.

I haven't heard of them, so I'll answer with respect to what I'm sure of, and then move off into SWAG territory. You'd make them the same way you make a stencil for solder paste. Pick a layer, and use the gerb processor to put that layer in a gerber file, and send that file to a stencil maker. Use a tool like gerbv to make sure you have it right before you waste money.

Now the part I don't know -- It would be very difficult to use such a stencil when there's been any populating of the board at all. It can't be done before the board is populated, or you'll screw it up during solder stencil printing. It can't be done after, because there are components in the way. Maybe its doable as part of a wave solder assembly, or with a small hand-held stencil. I can't think of any particular case where thermal paste is a real precision job, though. I can picture some situations where you might want a metered grease delivery, but there are better tools for that than a stencil.

Yes they are. it is a method which not only ensure a reasonable repeatability on the application but also is the fastest and less "messy" method during manufacture.

Ideally a pad is used (phase change, graphite etc...) as this is the cleanest method for manufacturing to use (it's typically a good idea to not use fluids in manufacture (glue, paste etc)

BUT if paste is to be used a stencil is idea. 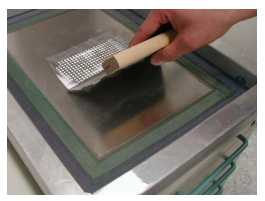 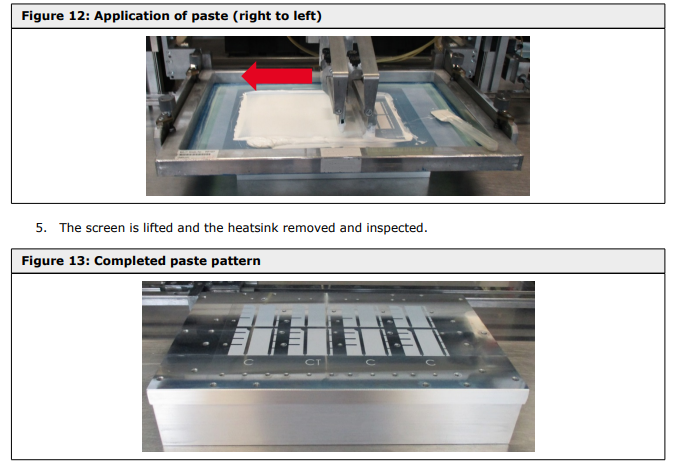 Not the answer you're looking for? Browse other questions tagged thermal or ask your own question.