With Apple's lightning cable, and USB 3.0, reversible cables are taking off, and I personally think this is very convenient. But we have had better than reversible for a long time, in the form of the headphone jack, which can be inserted in any direction, not just 2 directions. Why isn't a headphone jack shaped connector used for data more often? All I ever see that shape used for is audio and power supplies (I've seen it used once for data, in the iPod shuffle, but thats it).

Digital signals are highly susceptible to the noise generated by rotating the plug.

For audio, these noises (cracks) are rarely audible unless they last longer than 50us (simply because of the fact that we're unable to hear frequencies over 20kHz). So, the cracks becomes audible only when the surface of the connector has deteriorated enough that the period of lack of connection is substantially longer.

Finally, most digital standards require quick detection of the disconnect - even though the above issue could be worked around with proper ECC (Error Correcting Codes), USB assumes that any loss of connectivity for over 2ms is considered a disconnect. (USB 3.0 SS is even more strict).

A reason why the round barrel connector with multiple ways may be not preferred is that to insert it, you'll push it through one or two "wrong connections" before it finally comes to rest. Ditto when removing it.

This means that it could short a power supply out (momentarily or indefinitely if not inserted properly). It could also reverse a supply to a chip and this would be an obvious problem.

It's difficult to get more than a few connections in a coaxial form. I have a hard time imagining an equivalent-to-HDMI plug/socket system (19 pins) made coaxially (image from here). 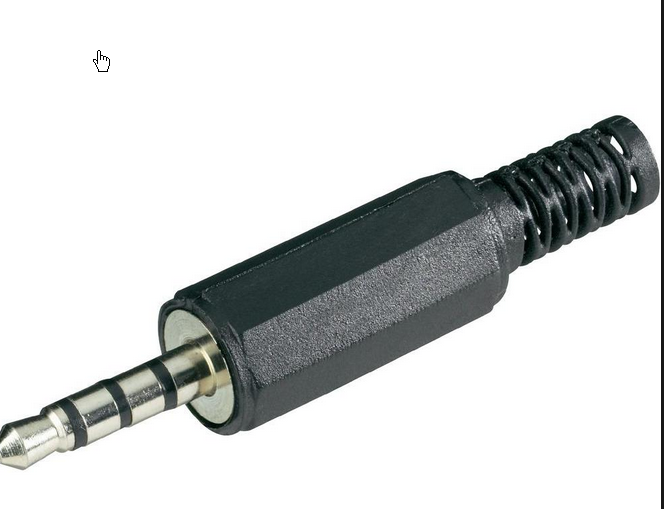 In fact, theye are. But as explained by qdot, only for low-speed connections. One example that comes to my mind is are the Texax Instruments graphical calculators, like the TI-83+ http://education.ti.com/en/us/products/computer_software/connectivity-software/silver-usb-cable-for-windows-mac/features/features-summary

There's another reason which none of the current answers have touched on, but which has a very clear user experience impact. Simply enough, lots of devices use more than a single connector. My MP3 player sitting at the desk as I am typing this has both USB and headphone receptables. The backup HDD at home needs USB and external power. Lots of common devices, particularly those that might benefit from something like this, use two or three connections: one for power and one or more for something else.

Same connector for different purposes has been tried; look at the IBM PS/2 and its (dubious choice of the) use of identical 6-pin Mini-DINs for keyboard and mouse that has caused, I am certain, untold frustration with devices being connected to the wrong port. Now, that's not exactly the type of connector you're asking about, but it presents the same sort of user experience problems. Had IBM used different style connectors for connecting hardware that needed to be connected to the correct port to work (even just different number of pins with one or more unconnected would have prevented the user from accidentally plugging one into the socket for the other), subsequently color coding the mouse and keyboard connectors would not have been needed.

Standard headphone style jacks also momentarily make connection with wrong cables during insertion or removal. This is largely a non-issue for headphones, but it can be a very serious concern if one of those pairs carry voltage at the ability of delivering significant current. While that could conceivably be worked around at the protocol level using something like a Power Good signal, that's another layer of complexity added for at best marginal gain.

Such connectors are also only available in a few different sizes (2.5 mm, 3.5 mm, 6.3 mm, and I think that's about it as far as consumer-appropriate sizes are concerned; I'm not sure if there are other sizes for specialist applications). While this does not necessarily have to be a showstopper, it is a limiting factor particularly if you want to use more than one of them on a single device. Of course, USB too is only available in a few select sizes, but very rarely is more than one USB input needed.

They are used, but just in a product that doesn't see a lot of daylight. Check it out:

The reasons they aren't prolific have been answered above, but it is interesting to note that it HAS been done, even if it isn't done often.

One additional area to consider is the ability to effectively route the conductors within the connector, with a coaxial connection like a headphone jack the center connector is surrounded by a insulator which is surrounded by another conductor, and then another insulator and another conductor meaning for a simple 3 point connection they had to layer 5 times in a circular fashion effectively making the connector (1+(n*2))width of the conductors/insulators.

wouldn't this make anything larger than 3-4 conductors impractical? also i can't even count the number of headphone cords i have gone through due to their lack of good protection from bumps/wiggles. even the connectors soldered to most boards are prone to disconnect.

5
2.5mm Jack to USB data Cable
1
Circular Connector Alternative
30
Why are the contacts for the Data lines in USB A and B plugs shorter than the contacts for Ground and Power?
0
Jack for long-barrel plug
42
Why do banana plugs need these holes?
0
Can a voltage divider be used for (input) jack detection?
1
What is the reason why USB plugs connect power before data