Is there any physical device called current source?

Edit : With reference to some answers and comments here I will try to make my question more clear.

Voltage source (battery) produce constant voltage (for near ideal condition). Current through the circuit only depend on the load resistance. Is there any such current source devices other than circuits which virtually behave like current source by using a voltage source ?

I'm making this answer a community wiki so anyone can add to it. 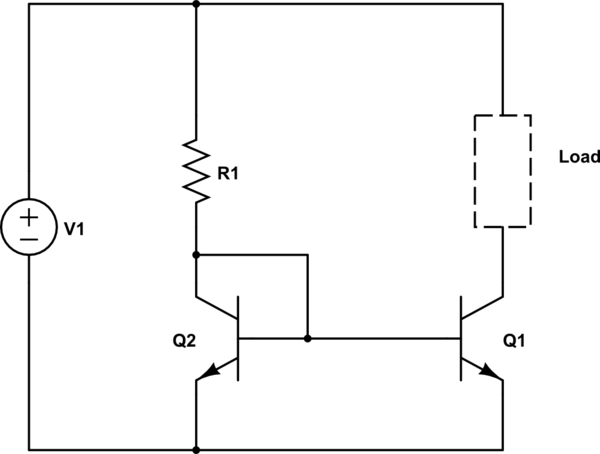 A linear regulator can be used to make a current source:

It's also possible to make a current source from an op-amp: 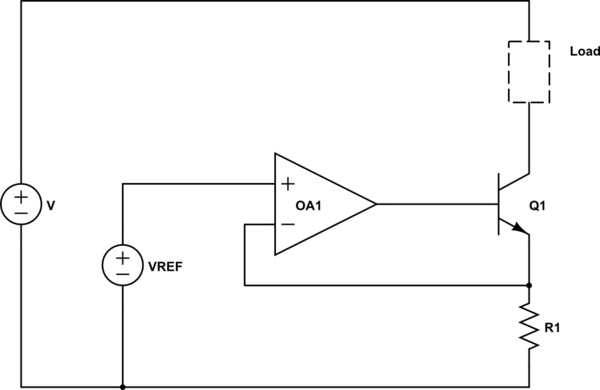 Most simple current source can be made of just two parts, JFET and resistor. This circuit bahave mostly like above by utilizing cutoff voltage of JFET as reference.

If you have a constant voltage, then the circuit's current is dependent on the load. A voltage source should be able to provide whatever current the circuit demands.

Constant current is opposite: For the circuit to have a fixed current, then the current source must be able to provide whatever voltage is required to push the current through the load.

People are used to the idea of a battery, or a power supply, being considered a voltage source. But they aren't actually constant. A battery's voltage will start to collapse when you draw too much current from it, a switching power supply has ripple, etc.

So, if we are are willing to stretch the expectations in a similar way, there are some common devices that could be called "current sources":

Note that even when a voltage source or current source is used within the intended operating range, the voltage across it and current flowing through it will be affected by each other. For example, a passive (energy-absorbing) current source might be specified as passing at least 99.5uA with 1 volt across it, at most 100.5uA with 10 volts across it. In general, circuits will be designed so they can work "perfectly" if current sources (as well as all other components) behave as they ideally should, but "acceptably" for any combination of behaviors within required tolerances.

Let us imagine a very simple circuit - for example a DC voltage source which provides a potential difference of 1 volt across a resistance of 1 ohm which causes a current of 1 ampere to flow. If you then broke the circuit on the low side (between the resistor and ground) and then added a multi-meter in series with the resistor you would measure a current of 1 ampere. 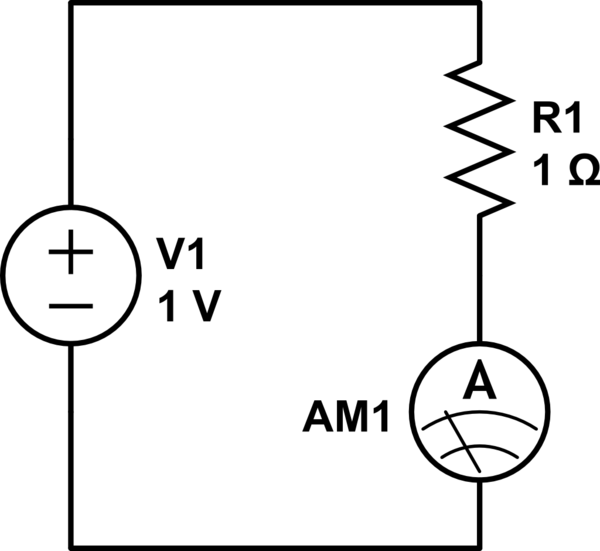 If the circuit I described is a Thevenin Equivalent, then from a "circuit analysis" point of view the current source is more like a Norton Transform.

If you then thought about the whole system, including the voltage source as a "black box" and as only having two outputs (the terminals which the multi-meter connects to) then you could call it a current source.

However, if you then tried to connect a load to this current source, you would find that the current would change (because of Ohms law acting within the black box).

So there are practical circuits which can be built out of collections of op-amps or other semiconducting materials, which have this "constant current effect". However none of them are a pure "current source".

You say that a battery is a "voltage source".

(a) the bundles of electrons we call a coulomb is not going to move and create the phenomena we call "current" without the electrons moving.

(b) the potential difference, or work done against the e-field in moving a charge from physical point a to physical point b is also requiring movement.

What I am trying to say is that voltage and current do not happen independently when a source {whether we are calling it current or voltage} is providing energy to a load, which is why I think it is hard to conceptually "think" about voltage and current sources as if they were/are different.

Not the answer you're looking for? Browse other questions tagged batteries circuit-analysis current-source voltage-source or ask your own question.

2
AA Battery Level
3
Battery Charging - Electrical Model
0
Loop current of the loop containing a current source
6
Short circuit = zero voltage?
0
Logic circuits use current source or voltage source?
4
Battery nominal voltage - can you confirm my understanding?
2
Can we do better than CCCV charging?
0
Do AC current sources exist and why or why not? For both actual and theoretical
0
Using constant current and constant voltage charging to fully charge a battery