I have a circuit of two capacitors and three resitors, where two pairs of the components are in parallel combinations: 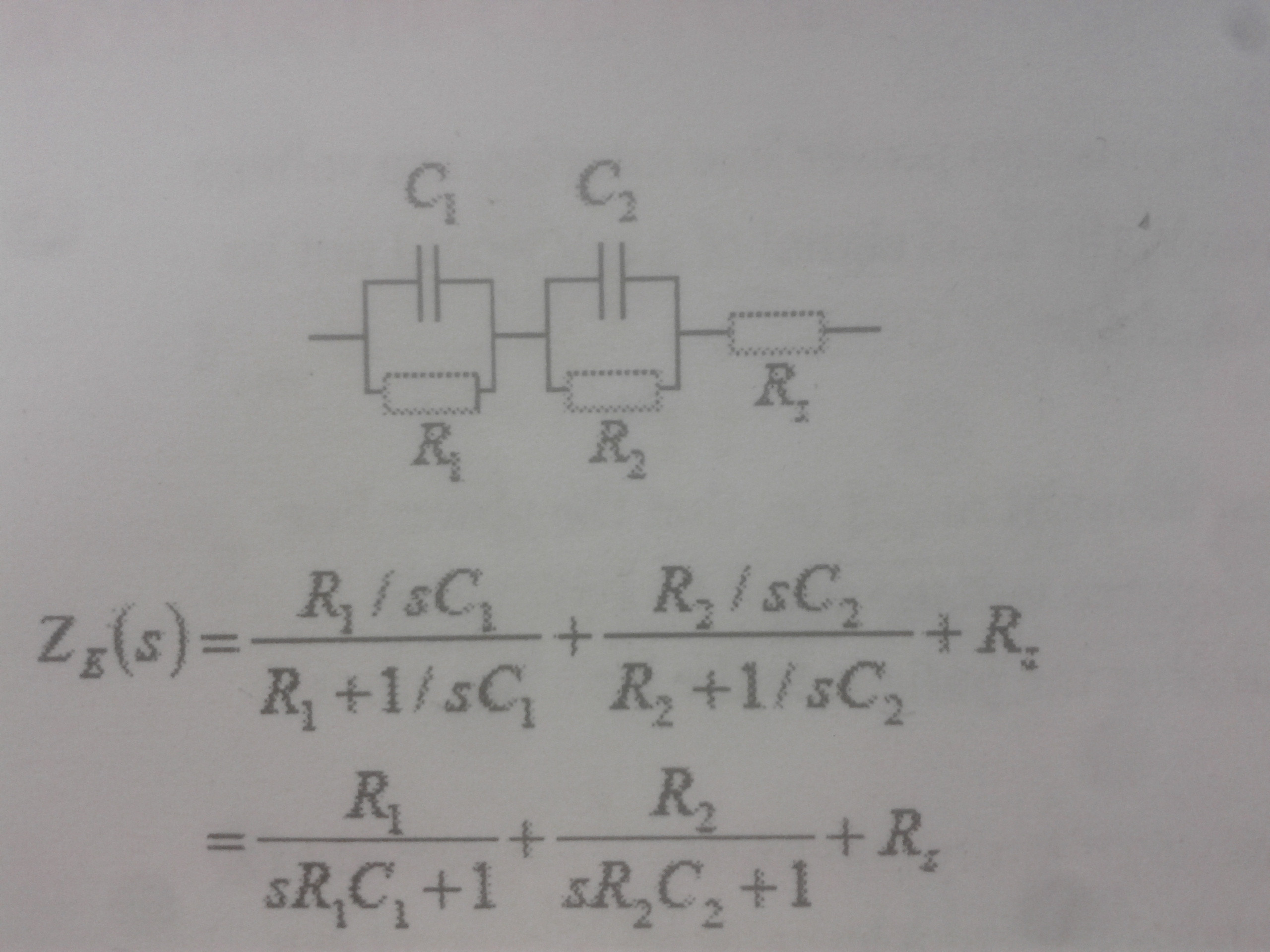 However my textbook tells me that the answer is what's given on the picture.

Can anyone clarify this for me? Thank you.

Let's translate your words into an equation for the equivalent impedance.

Since C1 and R1 are in parallel

Expanding on another Answer.

Since C1 and R1 are in parallel

Not the answer you're looking for? Browse other questions tagged circuit-analysis impedance or ask your own question.

4
Transfer functions with constant voltage sources in them?
2
DC Circuit problem, an idea to solve this circuit?
0
Impedances to simplify RC circuit?
1
Can two different power factors cos(fi) be added together?
0
Gain of Inverting Active Bandpass Filter
4
Order of precedence for parallel operator
0
Circuit analysis - determine the voltage and current on branches
0
Finding Voltage Thevenin via short circuit
0
How is the (dis)charging process of capacitors in series calculated?