What is this component (probably a shock/vibration sensor)?

The other day I received a promotional wrist band from a convention booth -- it has two LEDs that flash when you jostle it. I removed the guts to see how it works, and here is what I found: 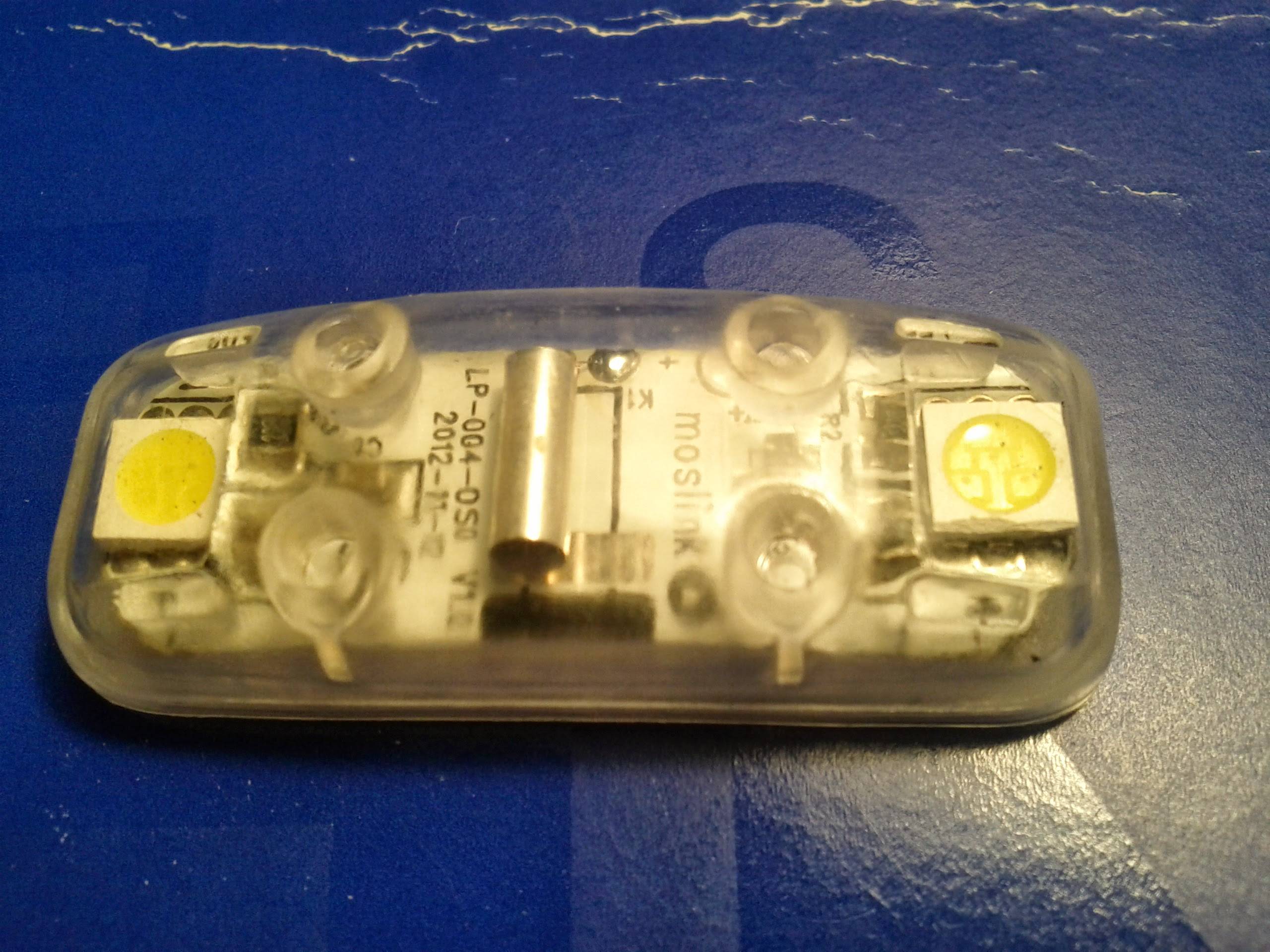 Most of this is pretty straight-forward: LEDs, a SOT-23 transistor, some passives -- no uC that I can see (on top, at least) -- but I'm interested in the metal can in the middle, with the refdes K1. I assume this is the sensor that detects when the device has been tapped or shaken. It's a metal cylinder with two leads, and on the inside there is a smaller metal cylinder -- it might be a coil or spring, but it's hard to tell. Here's another picture where you can sort of see it:

Does anybody know what this component is called and how it works? Maybe the spring moves when shaken, changing the capacitance or inductance. Whatever it is, it must be cheap (this is a give-away promotional item). It would also be nice, I imagine, if the mechanical energy it collects is enough to wake-up the rest of the device so that it could have a no-power sleep state.

Note, too the shiny metal pad under the near end of the can, perhaps a ground needed for the operation of the device. It looks like there is some clearance between the can and the pad (and the rest of the pcb, for that matter).

UPDATE: Based on the feedback, it's probably a vibration-induced trigger switch, something like this (datasheet), that is, just a spring in a tube that makes contact with the case when it moves.

It's just a spring in a tube. The spring is anchored at only one end. When shaken, the other end of the spring touches the tube and completes the circuit.

The transistor functions as a simple amplifier so that the full LED current doesn't need to pass through the sensor.

It might be something similar to what we use in one of our products (SQ-SEN-200 from SignalQuest). It is omni-directional since it has a gold ball inside of it, which makes/breaks contact between the two leads. It is extremely sensitive, as I can detect someone lightly tapping on the other end of the desk. A spring is only sensitive in two axes, so you might test for that, although it would be difficult.

9
What sensor should I use to determine if my project is moving?