What is the difference of a loadell input and output resistance?

This document says the following:

OUTPUT BRIDGE RESISTANCE - The output resistance of the cell. It is measured by placing an ohmmeter between the signal or output leads

INPUT BRIDGE RESISTANCE - The input resistance of the load cell. It is measured by placing an ohmmeter across the input or excitation leads. It is usually higher than the output bridge resistance because of the presence of compensating resistors in the excitation circuit.

I would appreciate if somebody could explain me this? I would say the contrary, if I have other resistances in parallel with the nodes E+ and E- the measured resistance between this nodes would be lower and not higher than the resistance measured between S- and S+, but I am wrong, why? 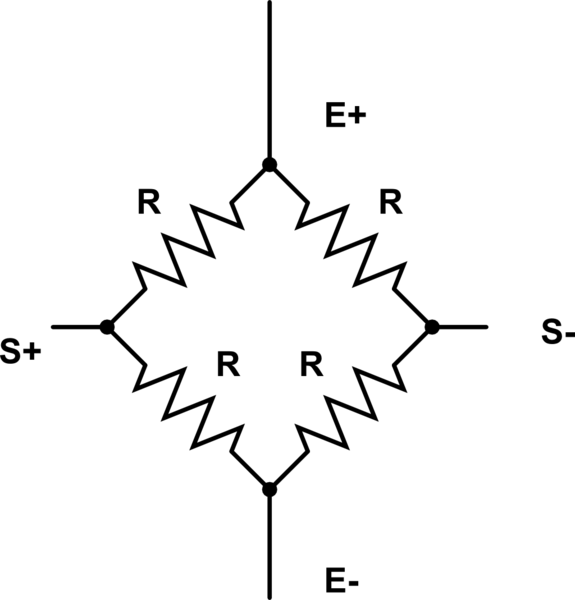 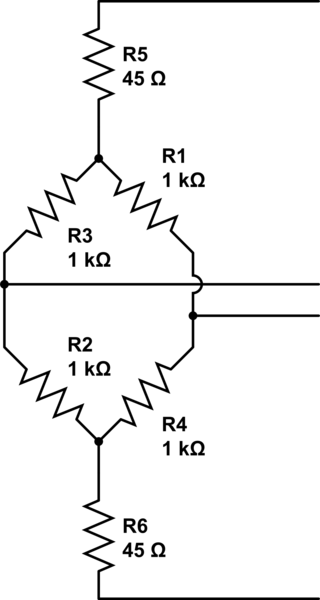 Not the answer you're looking for? Browse other questions tagged measurement wheatstone-bridge load-cell input-impedance or ask your own question.

11
Digital bathroom scale circuit - how it works?
3
Combination of four half-bridge load cells
1
What should a load cell response curve look like?
0
How to calculate input resistance of a multiplxer
0
Importance of Common-Emitter Input & Output h-parameters
1
Reading and interpreting output sensitivity of a load cell from data sheet
0
Constant-temperature anemometer circuit not behaving as expected
0
Lead resistance of 3 wire RTD100
2
How to improve HX711 to feed two or more load cells in parallel?