Filament LED bulbs use very narrow strips containing the LED, which look similar to filaments of an old incandescent bulb:

They look like a normal bulb with large "old-style" coal filaments, and are of about the same size and shape as the common standart E27 socket bulb. 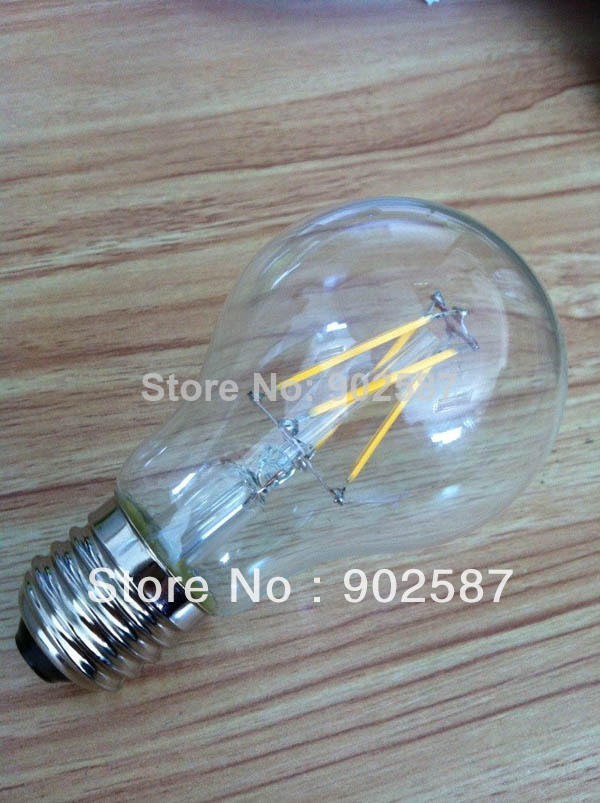 There are two basic variants of these bulbs:

How are these filaments build? I could imagine the it's "pretty normal" LEDs, but lots of them, directly bonded to something? (There are references to COB)

How does the heat management work? Ii have seen speculations about filling the bulb with either helium or "some patented organic gas" - could that be enough for cooling?

How does the driver - which seems to be very small - work?

In the variant with white coating - hiding some components, I assume - is already not that much space, and in the plain variant, there seems to be almost no space for something nontrivial.

Below you see some bulbs of the white coating variant, switched on: 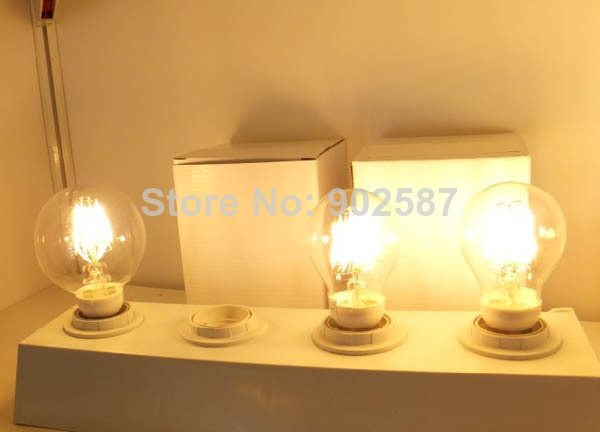 (Images with the permission of this supplier at Alibaba) 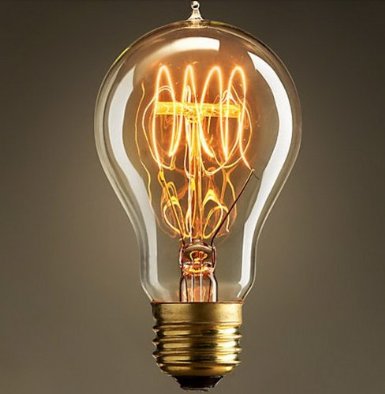 To understand how these devices function, it helps to understand how traditional LEDs function. An LED is a Light Emitting Diode, so basically you can think of it as a simple PN junction that would be used in a diode (although in actuality the structure of LEDs is more complicated, often a double heterojunction structure).

Based on images of a similar LED "filament" bulb on Amazon image1, image2 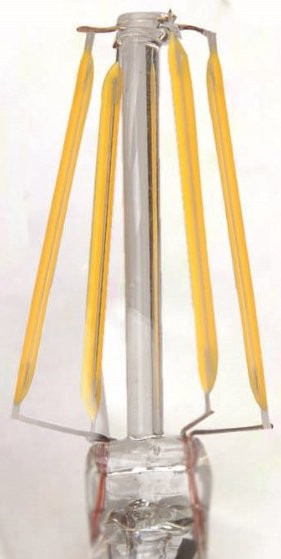 It looks as though the LEDs in the bulb are arranged as two lines in parallel, each with two LEDs in series.

The driver would depend on the specs of the particular LED "filaments", but a driver could be as simple as diode bridge if the LEDs have a high enough forward voltage.

Because these LED "filaments" are so long and thin, they have a large amount of surface-area per volume, so that the heat is more dissipated than in a traditional LED.

These LEDs are not a single radial die, they are made with a transparent substrate with many LED dies in series (probably 25) placed on it. The whole thing is then coated in phosphor. The light isn't completely uniform but it's good enough. 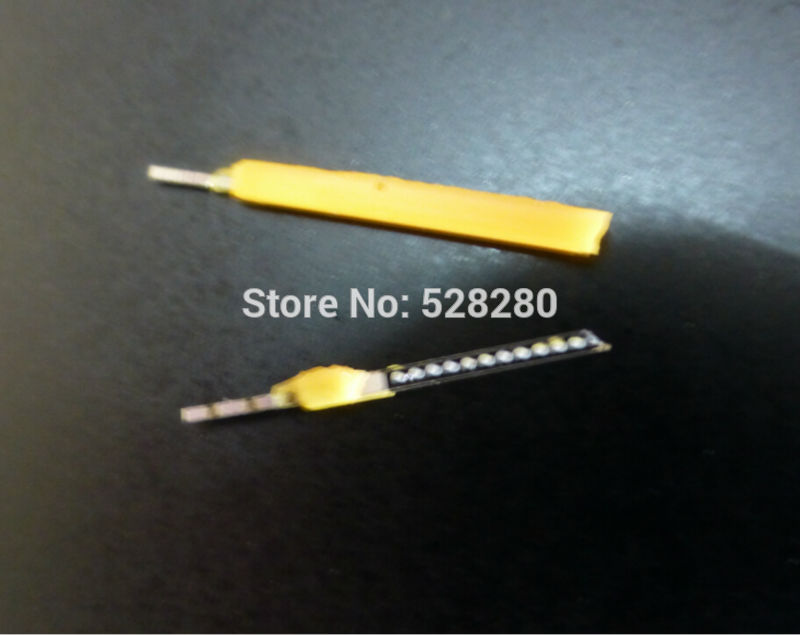 I took some pictures with very low exposition to higlights multiple "dot leds": 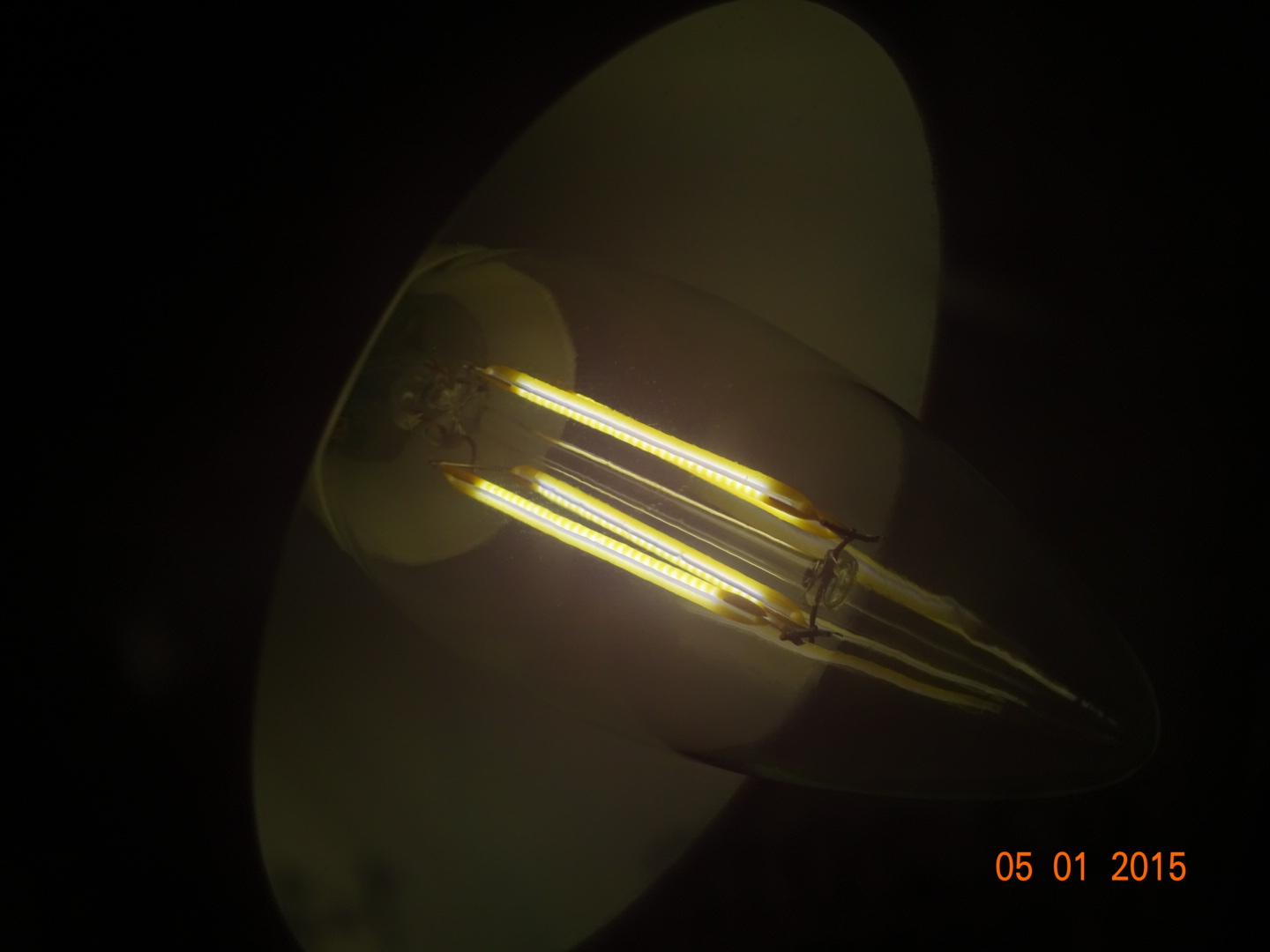 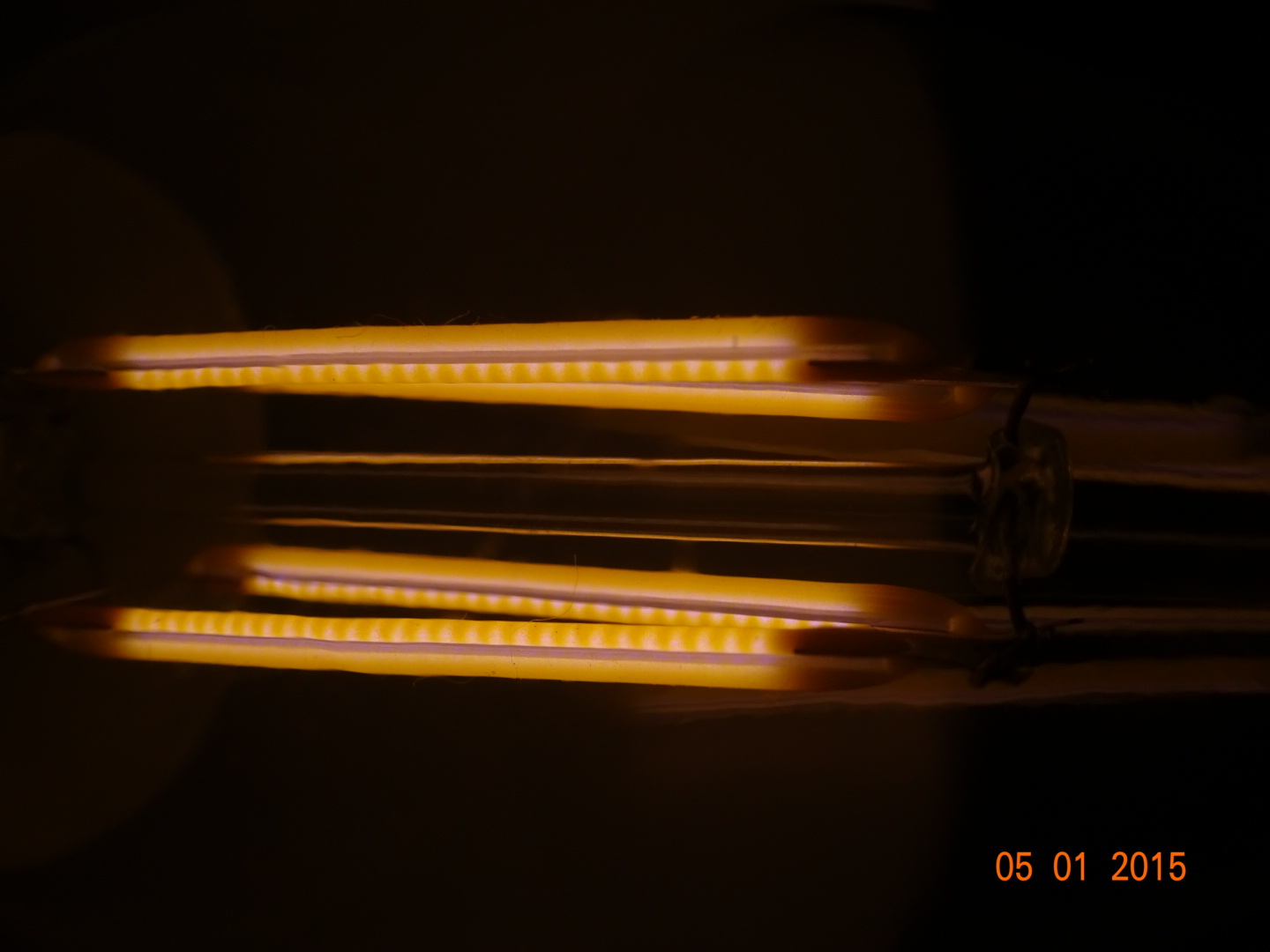 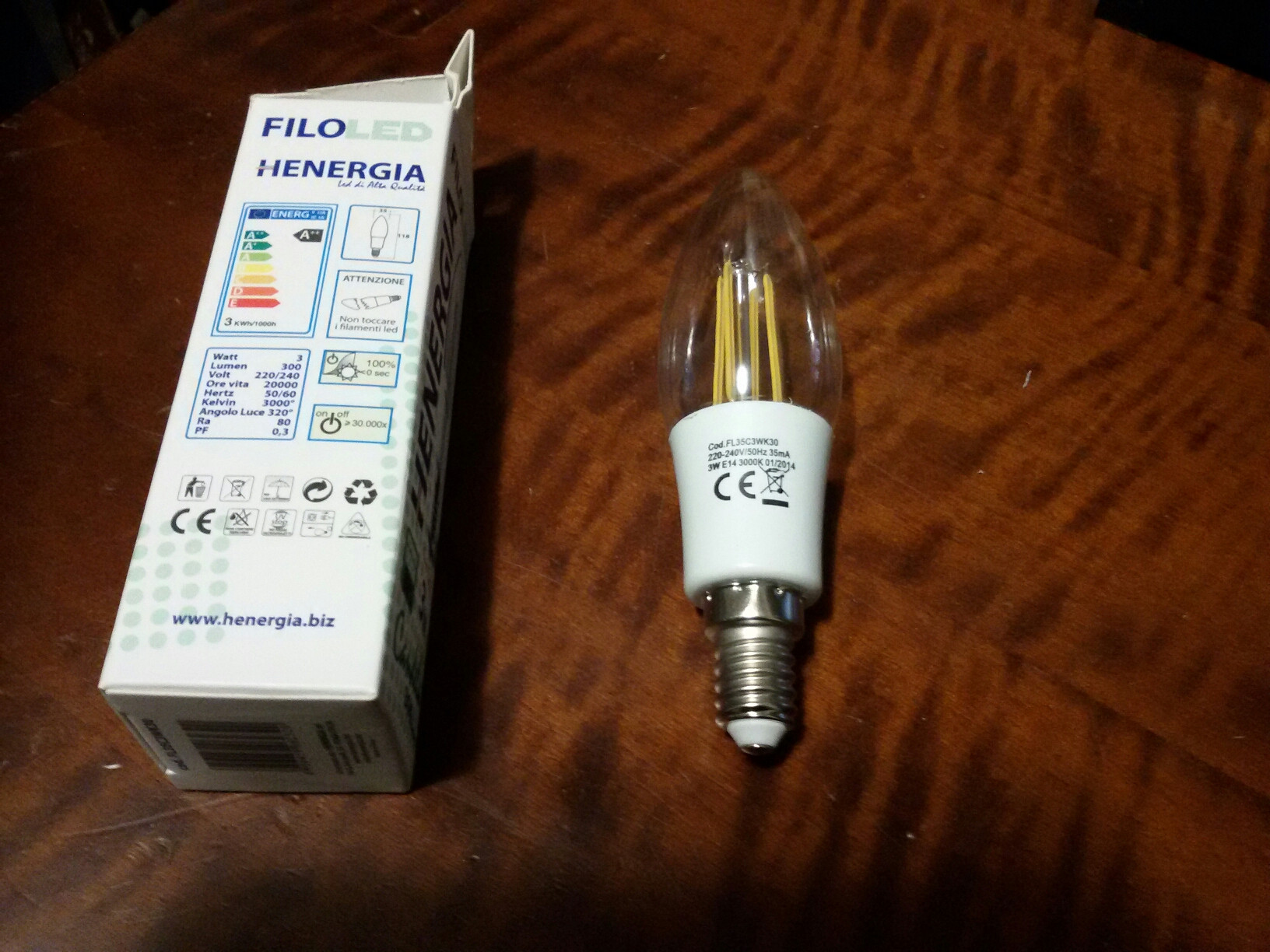 Assuming half the cost is for the electronics, we could assume, for easier calculations, 4,00 euros per 4 filaments, hence 1 euro per 28-dots/75-lumen strip.

0
How do mains voltage LED filament bulbs work?
2
How to build a continuous LED bar?