What does “5k1” in the given schematic mean? [duplicate]

What does the "5k1" stands for it is a normal 5k Ohm resistor?

(Marked with "A" in the picture)

The chip is an MAX13020 LIN-transceiver. 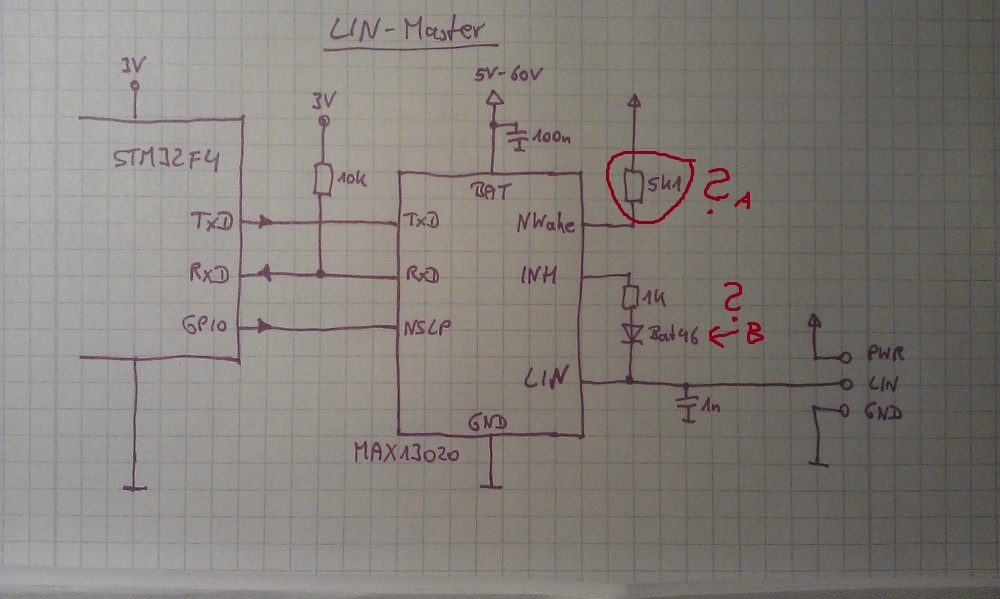 That same marking style is often used on ceramic or polyester capacitors, where for example "2n2" stands for 2.2nF.

About the diode, that's not just a B, there's written "BAT46" that is a specific kind of diode. A datasheet from Vishay can be found here.

This is shorthand for 5.1K, where the K takes the place of the decimal. See http://en.wikibooks.org/wiki/Practical_Electronics/Resistors#Identification