Choice of number of chip select pins in a RAM 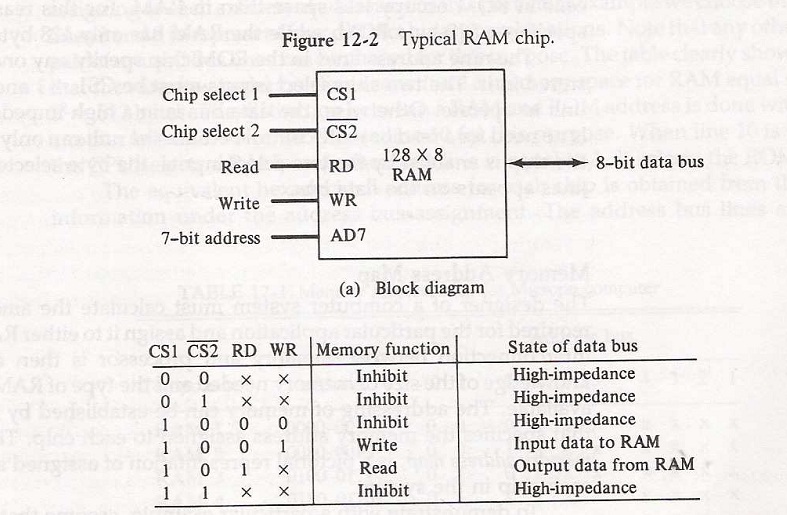 Chip select lines are usually asserted low, e.g. !CS (where ! represents the bar over the name). For this reason, address decoders like the 74HCT138 output a 0 on the decoded address line.

But sometimes, an address select line may be generated from some logic such that it is asserted high instead of low. If there are extra pins available on a package, rather than leaving the pin as NC (no connect), the designer of the chip may include a second chip select of the opposite polarity.

Both the CS1 and !CS2 lines are not necessarily used together.

If the address line is asserted low, then the designer using the chip can run the line into !CS2, and tie CS1 high 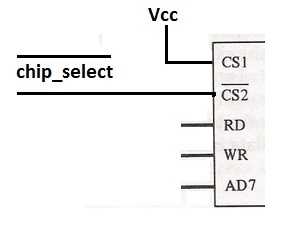 If the address line is asserted high, the designer using the chip can run the line to the CS1 line and tie !CS2 low. This saves an extra inverter in the circuit which would have been needed if the only chip select was !CS. 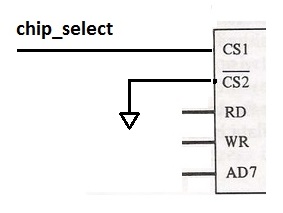 Other times, it may be convenient to use both teh CS1 and !CS2 lines together. Note in the datasheet for the 74HCT138 chip mentioned above, it actually provides three enable lines (like chip selects), G1, !G2A and !G2B, which are all anded together. Again, the logic designer may elect to use only the low asserted or high asserted line(s), and tie the opposite high or low as described above, or they make have some more elaborate logic that makes use of two or all three of the enable lines.

Not the answer you're looking for? Browse other questions tagged computer-architecture or ask your own question.

1
Instruction Register? Whats it's purpose/how is it connected? (And what happens after)
3
Is the registry file made from SRAM?
2
Virtual Memory, Cache, and TLB's
0
Is it possible to simulate hardware of MIPS architecture computer defined using Verilog/VHDL?
0
Understanding processor instruction pipeline problem solution
0
Understanding instruction branching
9
Why isn't the BIOS' ROM chip made using CMOS technology?