I'm trying to develop a circuit that allows me to effectively subtract two different sources of RF noise from a single signal at the same time. I am planning to use something called a "trifilar" transformer, which is effectively a transformer with 3 separate windings. My thinking is that, if I input my original noisy RF signal on one of the windings, one type of RF noise on the second winding, and the other type of RF noise on the third, that the signal can be recovered.

I've heard of this configuration called a "hybrid combiner" which allows you to get the sum and difference of two different signals using this three-winding transformer, using common-mode rejection, like a choke. 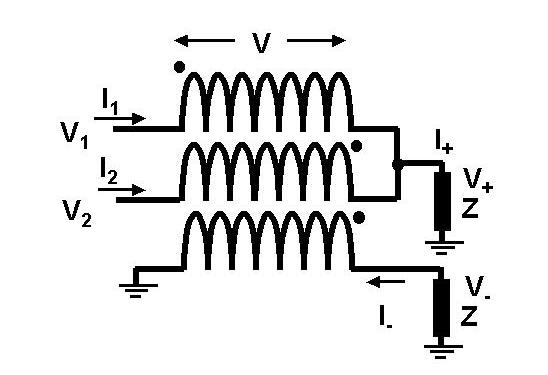 In effect, what I would like to do, is subtract two different separate signals from a third signal. I realize this is a poor way of describing what I want to do, so I've included a diagram below with equal turns for each of the three windings (note the dot convention): 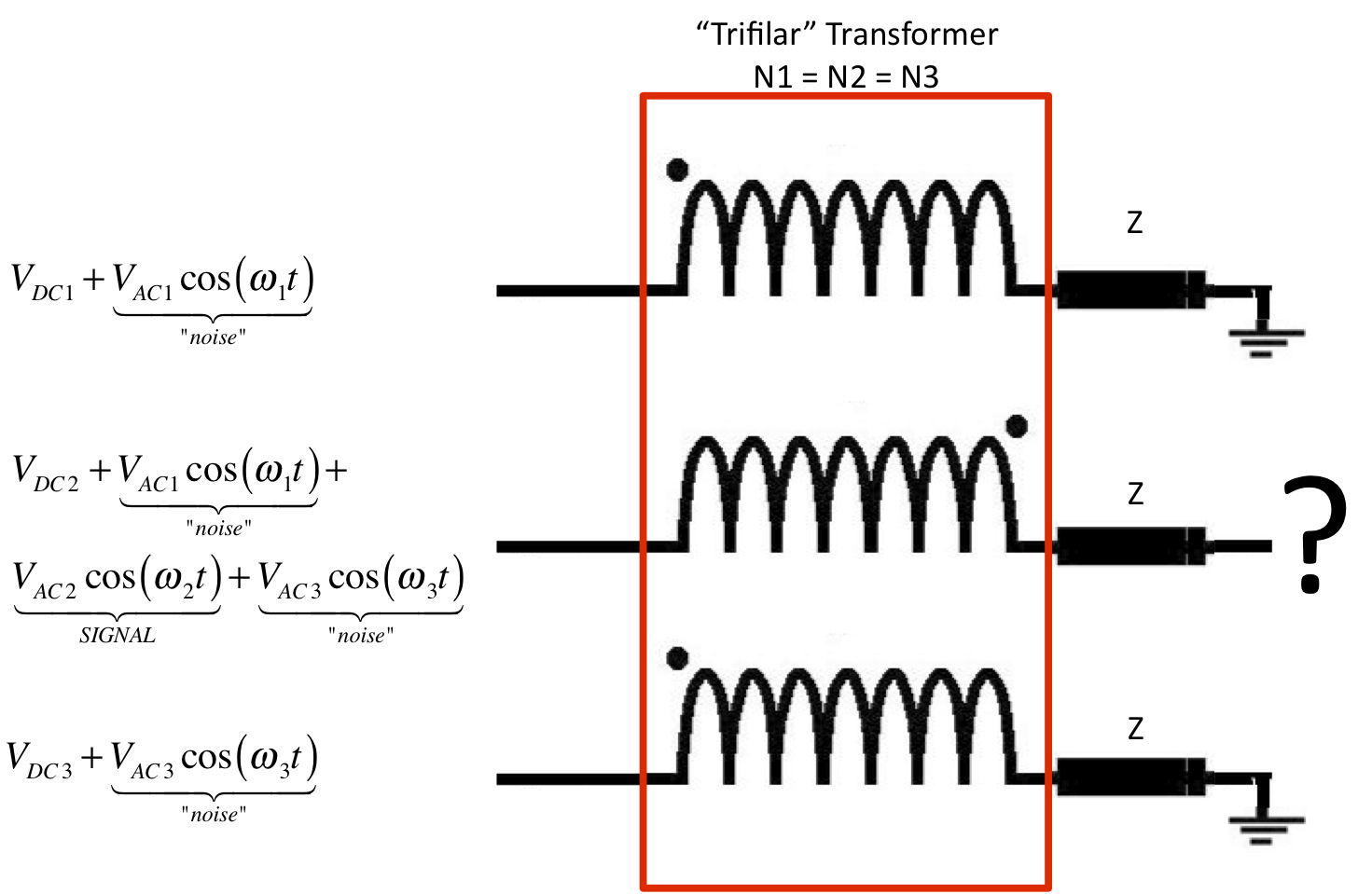 Of course, the DC signals won't be transmitted from winding to another, so that isn't relevant, but I add them for generality.

My question is, when you input signals (or noise) to each of the windings of a transformer, how do they react? In my typical experience, a transformer has two windings, one of which is the "input" (or primary) and the other is the "output" (or secondary). What happens when all three windings (primary, secondary, tertiary[?]), have currents applied to them?

Is it possible to recover the original signal?

The trifilar transformer you have drawn will couple all three of its windings together. In the ideal transformer case, that means the voltage on each set of windings will be identical.

It will therefore effectively parallel all the signals together. The fact that you have drawn load impedances of Z on the end of each winding means that the transformer will not actually short your two noise sources together, which without the Zs could have made them malfunction. The average noise source voltage, ie half the sum, will be added to your signal.

Nevertheless, effectively connecting your two noise sources in parallel like this is a rather 'dirty' way to do it.

You can design a three input combiner, that isolates each signal from the other. Alternatively cascade a pair of two-input combiners. The design equations for these things are readily available, or you can buy the finished part, see MiniCircuits for instance.

If the sources are low impedance, then it would be better to cascade a pair of simple transformers, adding one noise source in each. The transformers will put the noise voltage in series with the signal voltage, so simply adding them. As the two noise series are then in series, they won't load each other.

Not the answer you're looking for? Browse other questions tagged rf transformer common-mode signal-to-noise choke or ask your own question.