Why is there a capacitor that is parallel to Op Amp inputs in this circuit?

In this application note, there is a circuit for temperature control which includes an NTC. 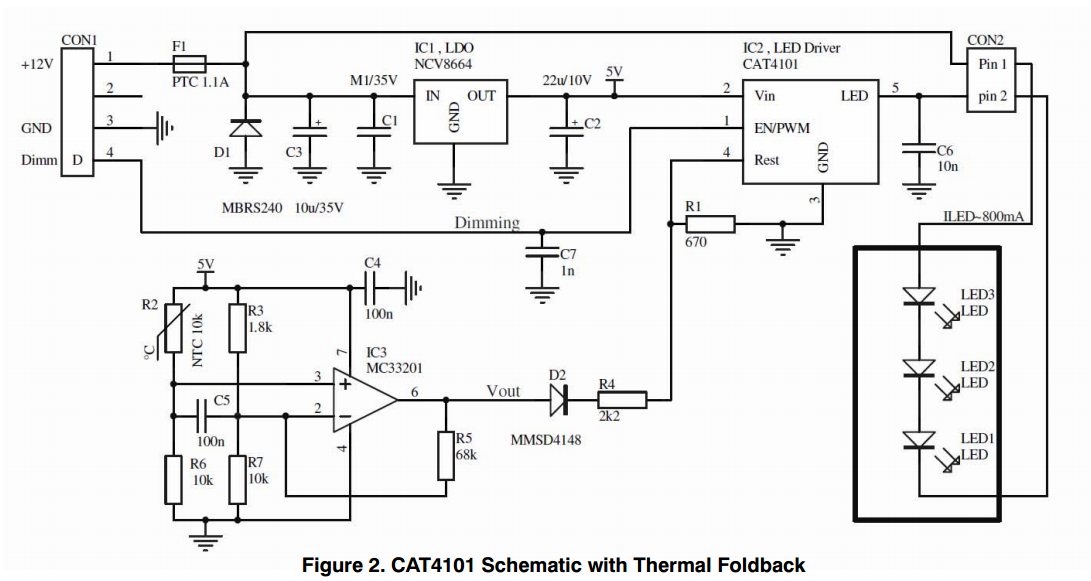 Why is there a capacitor (C5) in parallel with the inputs of the MC33201 Op Amp?

Is it a helper to the Op Amp as the Op Amp tries to make its inputs equal when there is a negative feedback?

Explanation from the App Note:

If it is for low-pass filtering, why this capacitor is not connected parallel to R5 instead of where it is now? What is the advantage of it being on the place it is now compared to it being parallel to R5?

The capacitor is to prevent a DC bias shift from being caused by EMI. Bipolar op-amps in particular can act as "detectors" to RF signals, and the capacitor shunts the RF to reduce the amplitude ( at the expense of increasing noise and reducing phase margin ) so it should not be too large a value capacitor.

Although all the parts are close together with minimum lead length, one could expect there is a major source of EMI nearby in the switching power supply.

On the time scale of temp changes, it might make sense to just ignore the cap, and imagine it removed for analysis. What you're left with is a simple difference amp. At high frequency, imagine a short instead, so the high freq difference goes to zero. It's a low pass filter.

The capacitor is used as a coupling capacitor. The DC bias is fixed by R3 and R7. By doing this way, you assure that the bias on 1 and 3 is different.

2
Assumptions for an op-amp and when they do and don't hold?
0
Error in op-amp integrator due to delay in attaining second summing point constraint
5
Is it ever useful to add a capacitor between op amp inputs?
3
Sizing capacitor across op amp inputs
7
Why do the inputs of this CC circuit op-amp need clamping?
2
Looking to understand this DAC and op-amp schematic
2
MOSFET voltage follower for non-inverting op-amp biasing
0
loop gain, open loop gain of op amp in inverting configuration (feedback capacitor)
0
Explanation on why there is no feedback in the circuit for higher voltages of input signal
1
Why does an OpAmp with negative Feedback not amplify the potential difference on his inputs?