I know little enough about electronics to have to ask basic questions :P

If I wanted to use a hall effect sensor as a toggle switch what is the minimal circuit that could be used?

Essentially want to put an LED into a badge and use a magnet to turn it on when near but stay on when the magnet is removed. Then turn it off next time the magnet is near and leave it off.

Minimal circuit could be one chip like an analogue asic but that would cost many, many thousands of dollars. Minimal could of course mean cheap or small or both. Stretching it a bit, minimal could mean low power.

Putting all this to one side, amplify the hall sensor's output, feed that into a suitably referenced analogue comparator. That will produce a high signal when the magnet is close. Feed that into the clock input of a D type flip flop configured as a divide by two and drive the LED, via a resistor from the output.

The simplest solution is to use a latching hall effect sensor. You can use one of these US1881 When you expose it to a magnetic field the output will flip based on the field direction then when you remove the magnetic it will continue to output the current state.

I would say that the "minimal circuit", would be this one. Dependeing on the polarity of the Hall Effect Sensor, when you approach one of the poles of the magnet, the led will turn on. 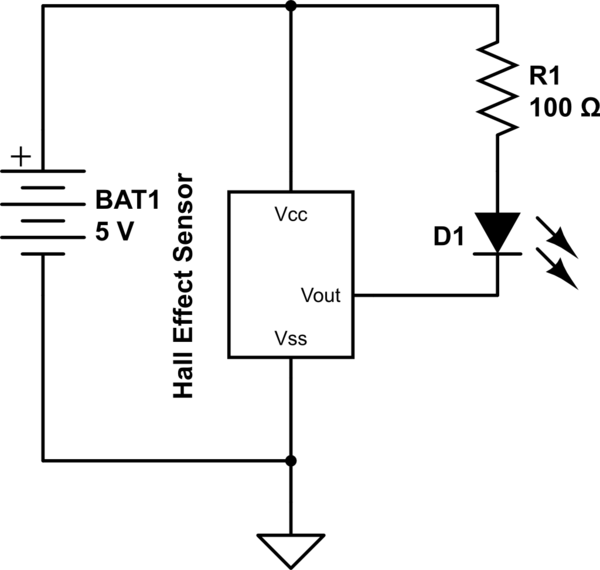 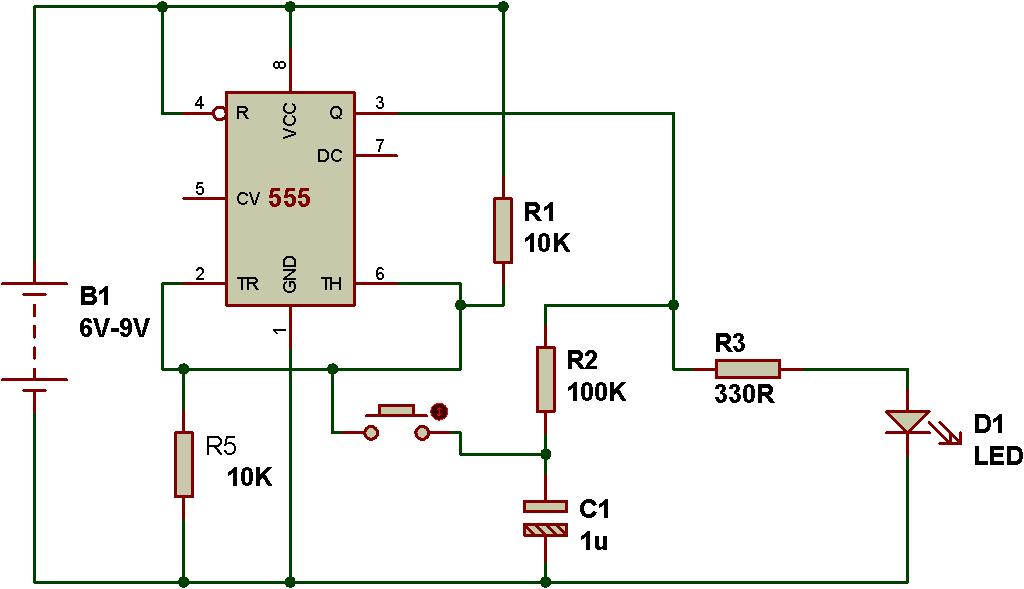