I need help figuring this problem. I'm reviewing for my final and I can't figure out how to write the nodal equations. What I have so far is:

I know that the answer will be the matrix: 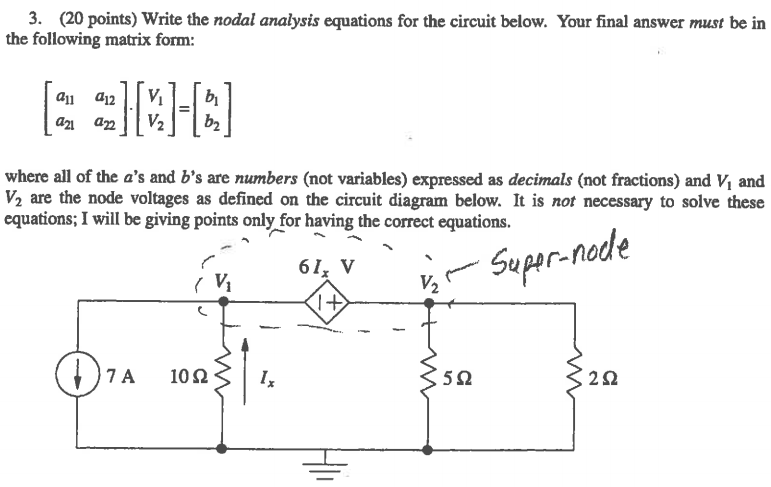 I am getting an extra -1. Correct me if I am wrong.

Your KCL equations are wrong because you didn't consider the current through the current-dependent voltage source. You could consider it, and separately apply KCL at node 1 and node 2. Or, you could apply KCL at the supernode shown in your image. Below I show how to solve it with a supernode. I'll ignore the units.

Apply KCL at the supernode:

Constraint equation for the supernode: express the voltage of the voltage source (\$6 \, I_x\$) in terms of nodal voltages:

Constraint equation for the dependent source: express the controlling variable (\$I_x\$) in terms of nodal voltages:

However, the statement of your problem indicates to obtain a system of equations with only the unknowns \$V_1\$, \$V_2\$. So what you have to do is get rid the variable \$I_x\$, which will result in a system of two equations with two unknowns. To do that, simply substitute eq. (3) in eq. (2) (you could instead substitute (2) in (3)) to get:

Now, with equations (1) and (4) we have two equations and two unknowns, and only the node voltages as variables. We can write them as a single matrix equation:

which is what you were asked to find.

Prove: To check if eq. (5) is correct, we can solve it for the nodal voltages (by any means, be it Cramer's rule, substitution, matrix inversion, with MATLAB, with a calculator, etc.) and compare it to a simulation. After solving eq. (5), we get:

Now we simulate the circuit. I used LTspice simply because it's free and fast. Here's the circuit in the simulator: 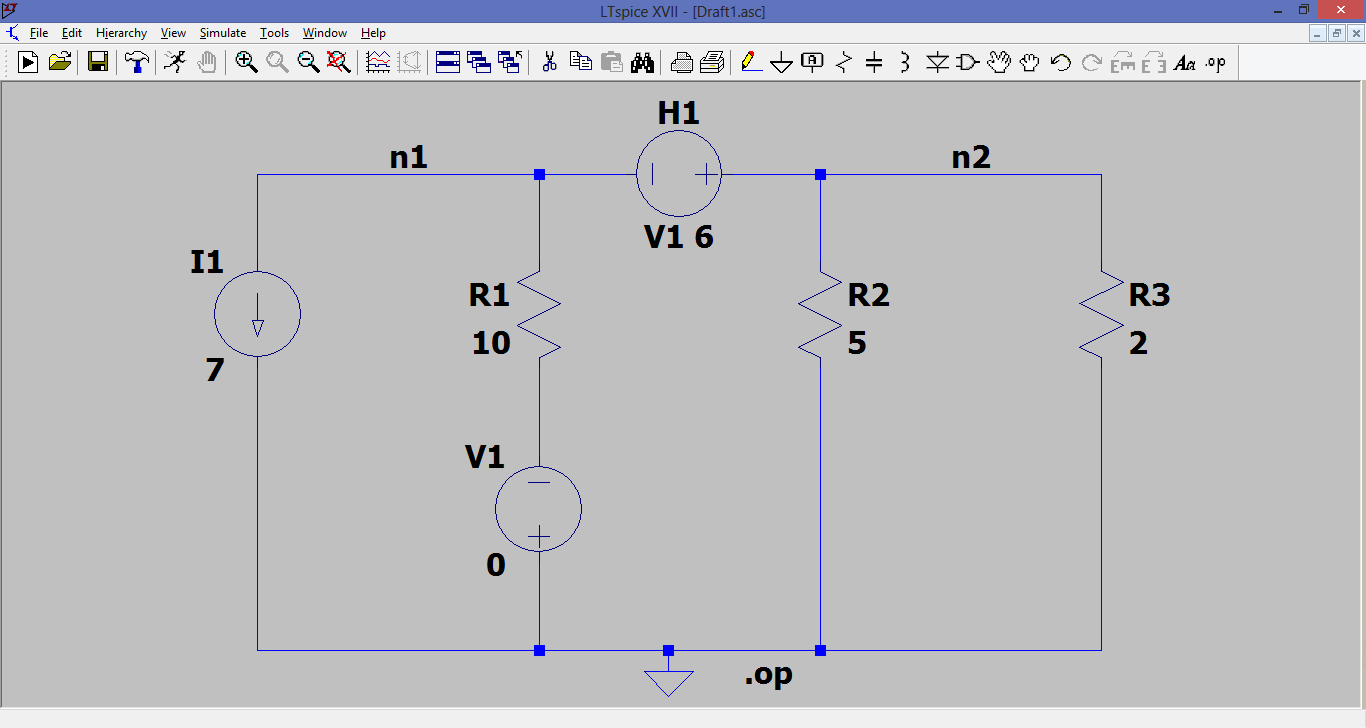 (The voltage source in series with the resistor of 10 Ω is to use its current as the controlling current of the dependent source. Notice its voltage is zero, so it doesn't affect the circuit). Here are the simulation results:

If now you compare the highlighted text in the previous image with eq. (6), you'll see our answer checks.