How to choose a flyback diode for a relay?

A diode is put in parallel with a relay coil (with opposite polarity) to prevent damage to other components when the relay is turned off. 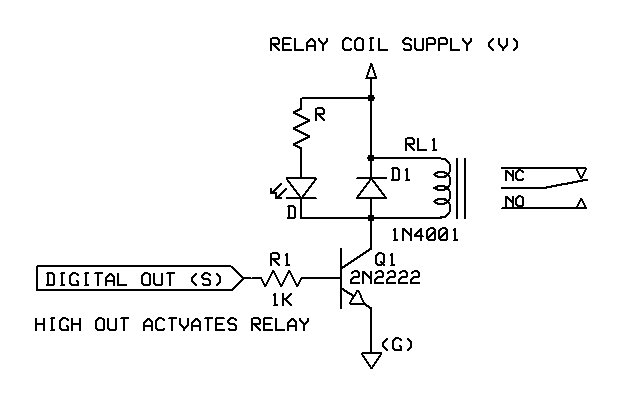 I'm planning on using a relay with a coil voltage of 5V and contact rating of 10A.

How do I determine the required specifications for the diode, such as voltage, current, and switching time?

The diode reverse voltage rating should be at least the voltage applied to the relay coil. Normally a designer puts in plenty of reserve in the reverse rating. A diode in your application having 50 volts would be more than adequate. Again 1N4001 will do the job.

Additionally, the 1N4007 (in single purchase quantities) costs the same but has 1000 volt rating.

Things aren't always as simple as they seem, though in the case of relays it's highly application dependent. While the diode provides a safe discharge path that preserves your switching transistor and power supply, it can cause a few issues in certain applications. Relays on closure can form a small weld at the contacts, and by placing the diode there you are essentially preventing the relay from opening with its full force. This can cause the contacts to 'stick' together slightly longer, and overall is bad for the relay.

A trick I learned a few years ago to prevent that from happening was to put a zener diode in series (obviously in different direction) with the the regular diode, this allows you to control the maximum voltage and allows the relay's coil to discharge in a slightly better way.

Page 13 of this Panasonic application guide contains the zener diode and other options for contact protection: https://www.panasonic-electric-works.com/pew/eu/downloads/technical_information_relay_en.pdf (internet archive link)

Question: What size of fly-back diode do I need for my inductive load?

My Answer: Fly-back diodes are sized based on power dissipation

I: steady state current flowing through the inductor (fly-back diode not conducting)

R: resistance of the fly-back diode in conduction

Now the conducting diode behaves as a resistor so the question becomes: How much power do I need to dissipate in my diode's internal resistance?

By observing a series RL curve, we know that the inductor discharges or charges in 5 time constants and one time constant is equal to the inductance divided by the series resistance (\$T = L/R\$).

So... if our understanding of physics is working... the time in which the inductor discharges is: \$5(L/R)\$ seconds, and a stored energy of \$(1/2)L(I^2)\$ joules is released in that time. Here R is the resistance of the fly-back diode in conduction, I is the current flowing through the fly-back diode and L is the inductance supplying the current.

Consider a circuit as such:

R1 is the internal resistance of L1, and R2 is our charging resistance. D1 functions as the fly-back diode, and R3 is the resistance of D1 in conduction.

If the switch is closed and we wait forever, a current of 10mA flows through the circuit, and the inductor stores an energy of 50μJ (50 micro Joules).

If the switch is opened, the inductor reverses polarity to try to maintain the 10mA current. The fly-back diode is biased into conduction, and an energy of 50μJ is dissipated through the diode resistance in \$5(L/R) = 500\mathrm{ms}\$. The power dissipated in the diode is 50μJ / 500ms = 100μW (100 micro watts).

So to answer the last question: the diode current during discharge can be thought of as equal to the steady state charging current of 10mA when using the equation: \$P = 1/10(I^2)R\$. While the current during the inductive discharge actually decreases exponentially and is not a steady 10mA, this simplification will allow for quick computations of the required diode power in a circuit by knowing the initial conditions.

Best of luck with your designs and never use technology for evil purposes.

Not the answer you're looking for? Browse other questions tagged relay diodes flyback back-emf or ask your own question.

5
Determine adequate speed of flyback diode for a relay
5
What´s the purpose of this diode?
6
Home automation: Turn on 5V DC 200mA power when cat approaches
2
SRD-05VDC-SL-C 5V DC relay not working with XY-DJM-5V
1
Precision resettable fuses
0
Safely disconnecting an inductor
0
How can I determine what type of resistor, transistor and, diode I need?
0
need help wiring a switch to go from 5v to 12v
0
How to wire a 12V DPST switch?
1
raspberry pi 3 to switch between 2 similar power supplies
See more linked questions