Not getting readings from capacitor

I'm trying to read capacitor output values as the cap discharges for a physics project, and am getting a high voltage while charging, but dropping to 0V 3000 \$\mu\$s after stopping the charging signal, which doesn't seem right. 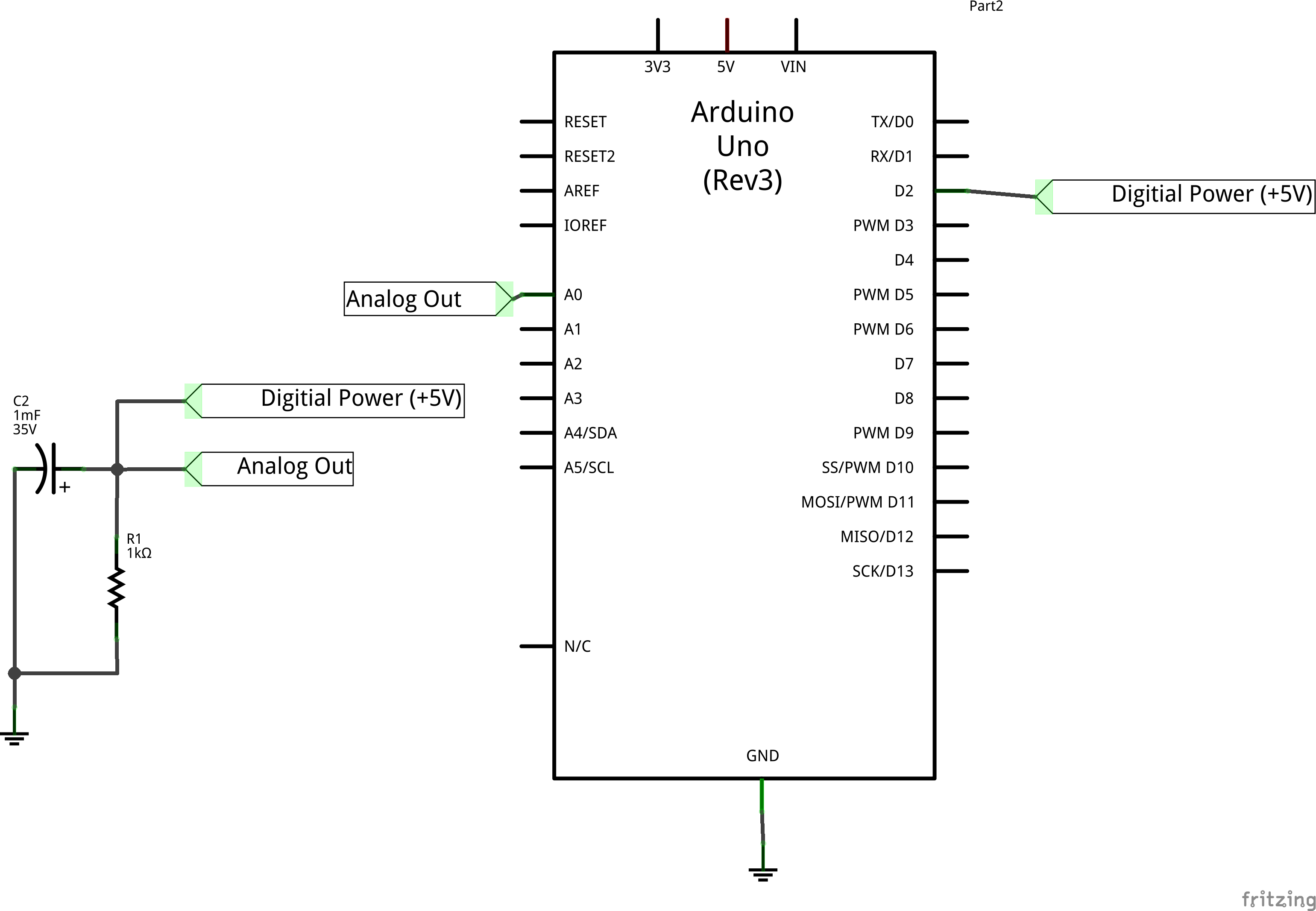 I've tried both methods of triggering discharge, but the analog signal that I've read (analogRead(ANALOG_INPUT);) has gone from +5V while charging down to 0V 3000\$\mu\$s after. I was under the impression that the cap should take at least 2 seconds to fully discharge.

I assume I've messed up the circuitry somehow, and the code is actually working after enough debugging, so I haven't wasted space with 97 lines of code, but the code is in a pastebin if the circuit looks like it should work.

arduino capacitor
Share
Improve this question
asked May 19 '14 at 23:18

A couple of things:

Put a resistor in series with your charging pin... like 10k. It will take some time to charge up, but it will lessen the effect if it's the digital pin causing the discharge to happen. You technically should have a resistor in there anyway, because there is nothing to limit the current rushing into the capacitor from the poor, abused microcontroller's digital pin.

Assuming your pin can handle about 20mA, the smallest resistor in any case should be 5v / 20mA = 250 Ohms. This will keep the capacitor from drawing too much current from the micro during the instant when the cap charging begins.

One thing you could try is to just touch the +5v line to the cap to charge it, then physically take it off, measuring the result. See if it's different than having the pin switch.

Not the answer you're looking for? Browse other questions tagged arduino capacitor or ask your own question.