I've tried feeding the square wave signal through a 74HCT14 schmitt trigger inverter, like this: 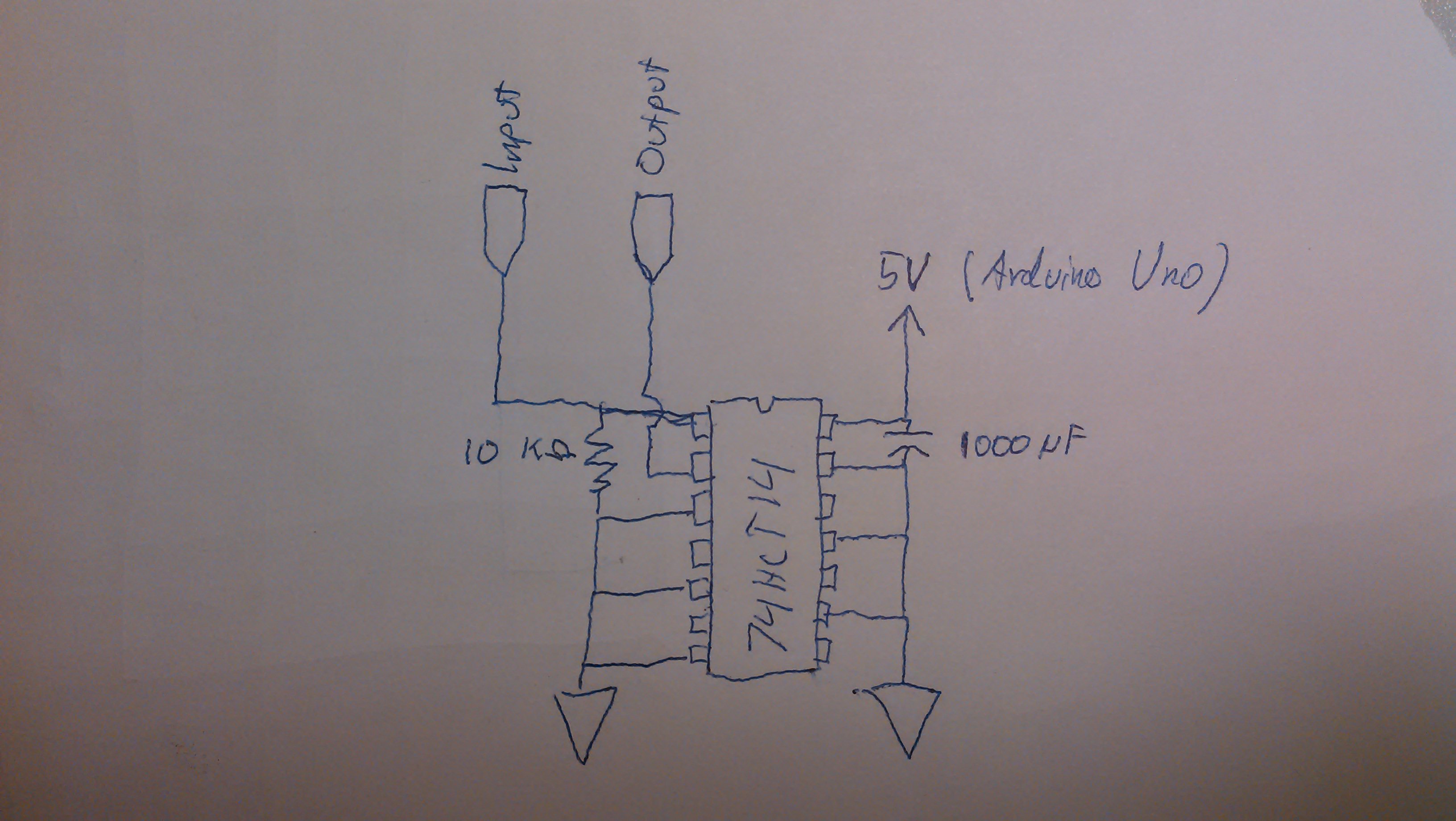 I've built the circuit on a bread board with components that were just lying around - so it's a bit messy: 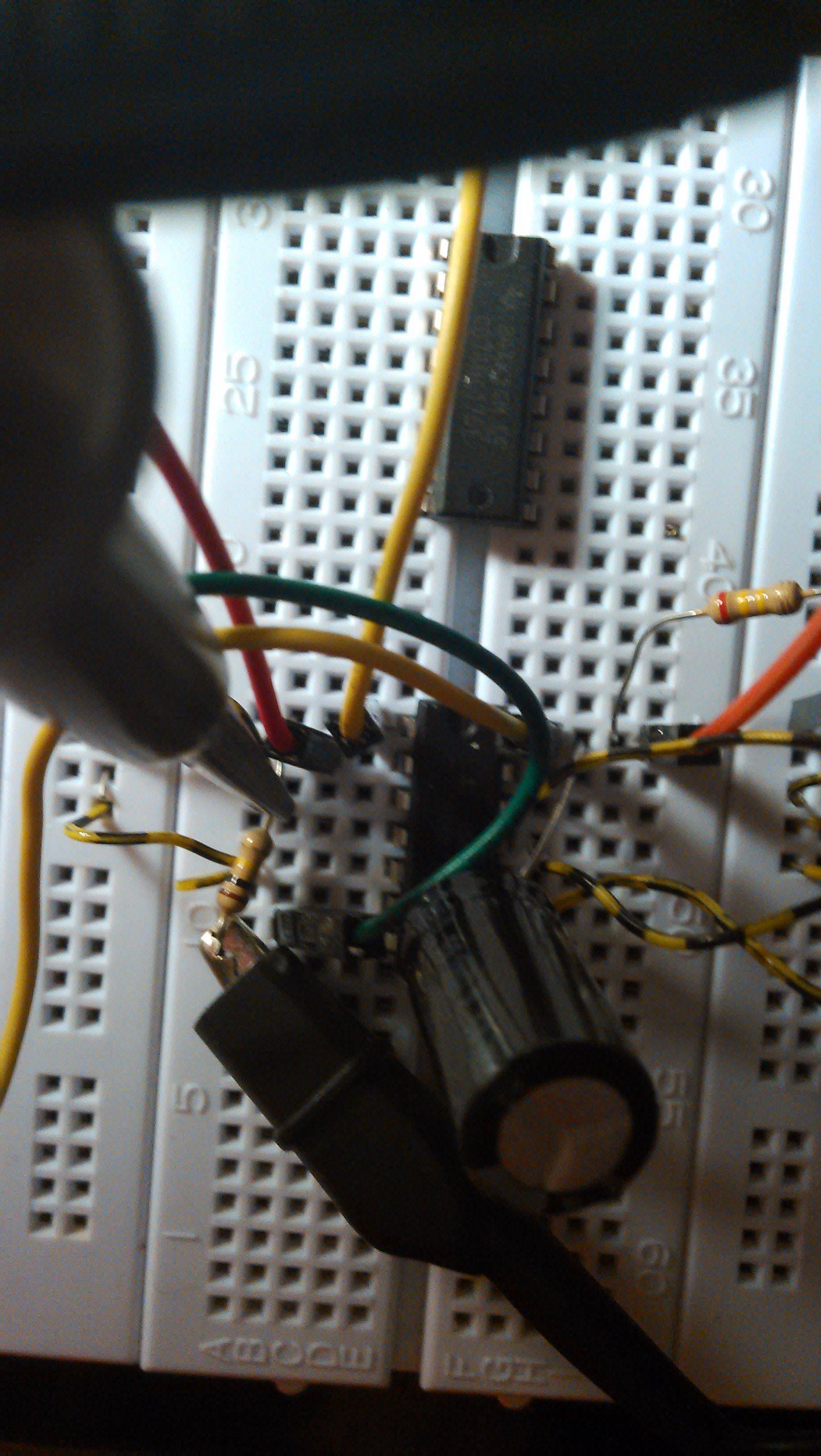 Now, rise and fall times doesn't seem to improve when i feed the signal through the schmitt trigger (yellow: input, blue: output): 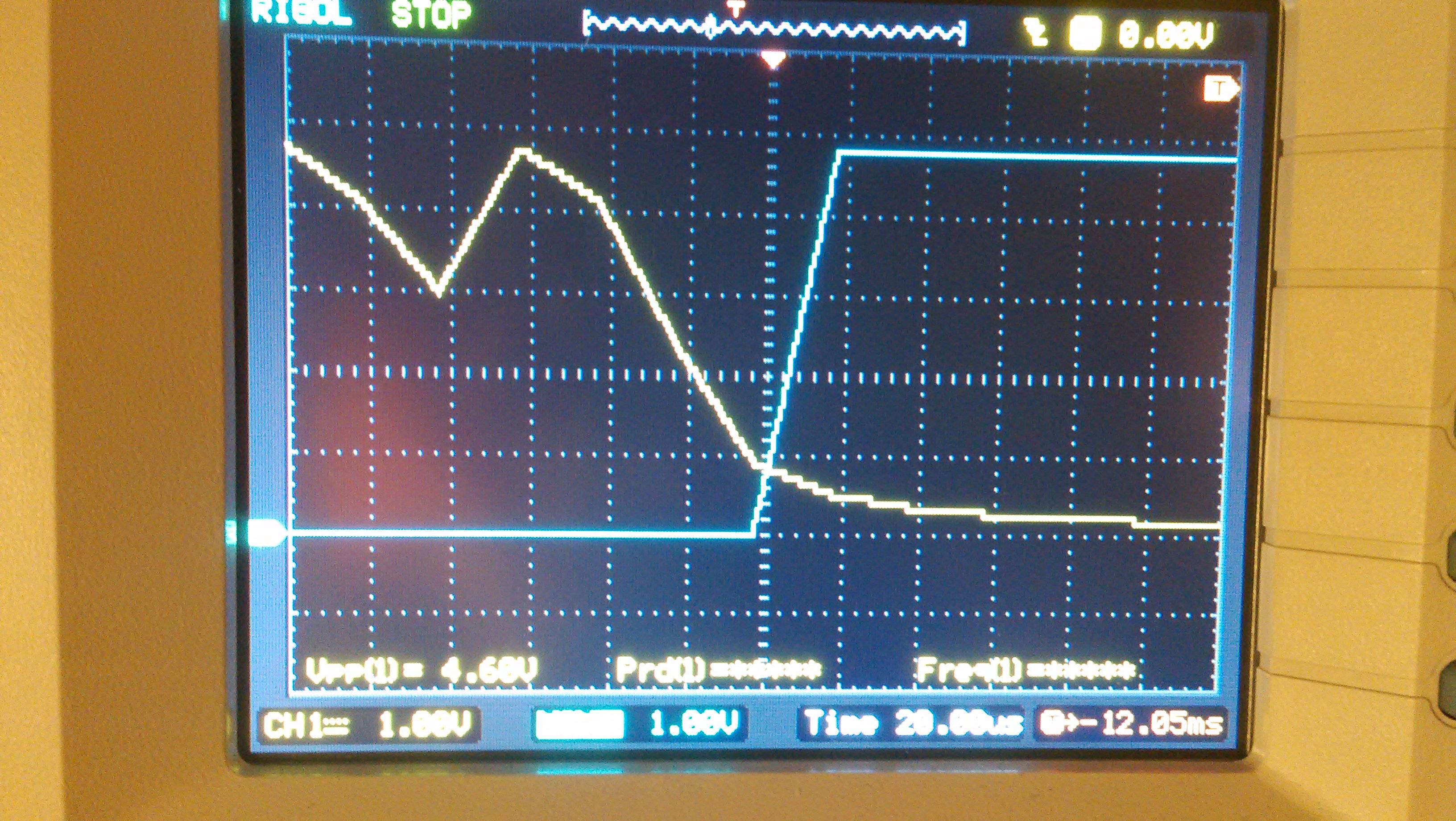 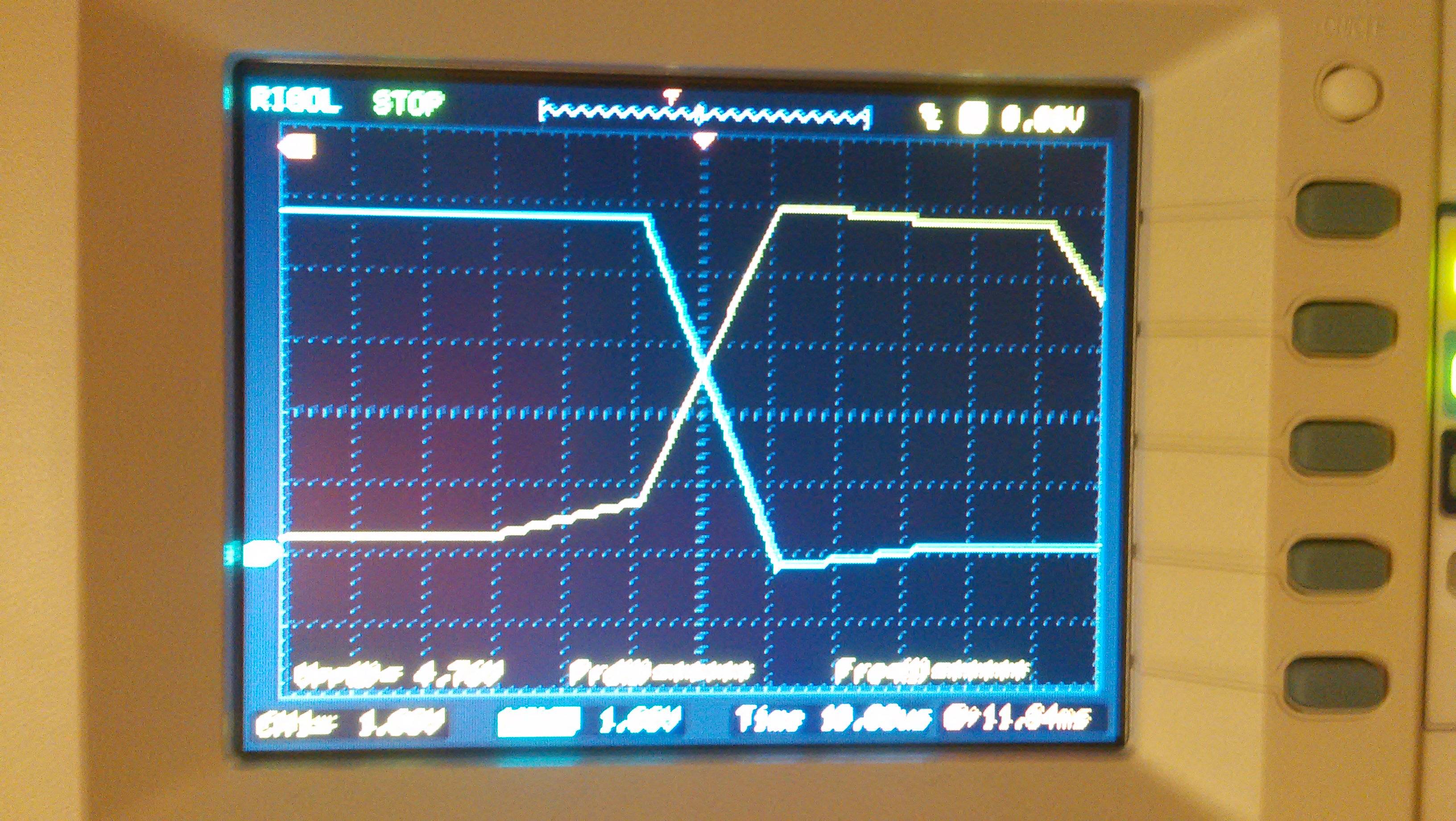 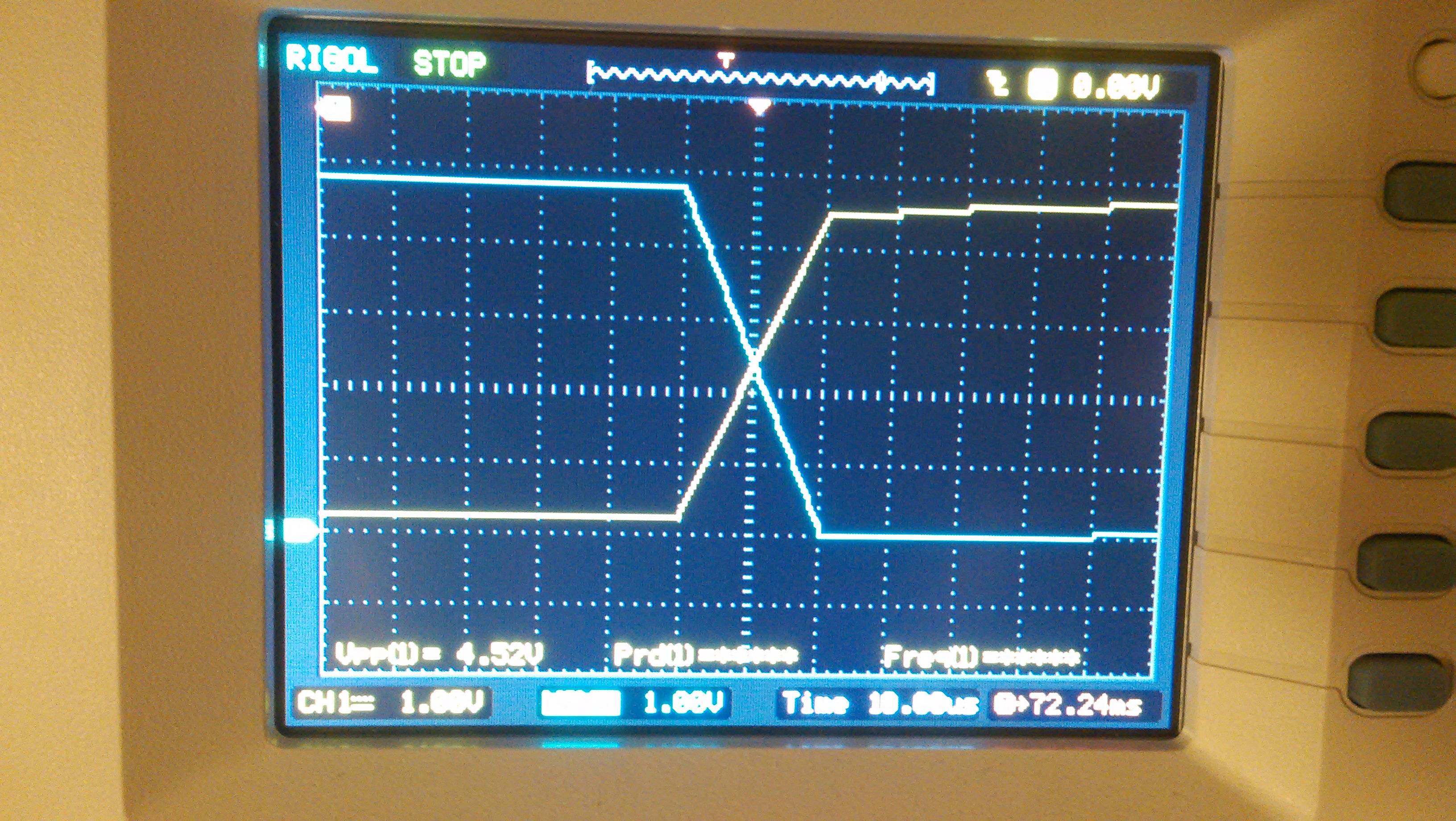 As can be seen, rise and fall times are roughly the same. Also, I find it a bit strange that in the two last pictures the output signal begins transitioning before the input signal has passed Vt+.

The data sheet can be found here: http://www.ti.com/lit/ds/symlink/sn74hc14.pdf

It looks like you've got the oscilloscope displaying some uber-expanded portion of a capture- it's only changing slope every two horizontal divisions .. so anything faster than that all looks the same.

The first photo shows it changing slope every division, rather than two divisions in the bottom two photos, but in each case it's 20\$\mu s\$ per division, which implies your effective sample rate is only 50ksps, as @RJR comments.

If you want to see 74HC rise and fall times, 1Gsps would be more appropriate.

I've used the same chip before with no issue. It definitely transitioned in the ns range, maybe about 10ns or less. Mine was wired up like this, but was sort of used as a pulse generator with the cap charging/discharging. The input goes into U8 there and the output is inverting like yours. Hope this helps.

Pretty sure we have the same scope

Edit: Use triggering on you're scope if your not! Don't just stop the waveform and zoom in - it doesn't work! I did that, took me days to figure it out.

Not the answer you're looking for? Browse other questions tagged schmitt-trigger rise-time or ask your own question.

65
What's the use of a decoupling capacitor near a reservoir capacitor?