How does this quartz antenna work?

I picked up something called a quartz antenna at a surplus store for $2.75 so I could tear it apart. This is what I found: 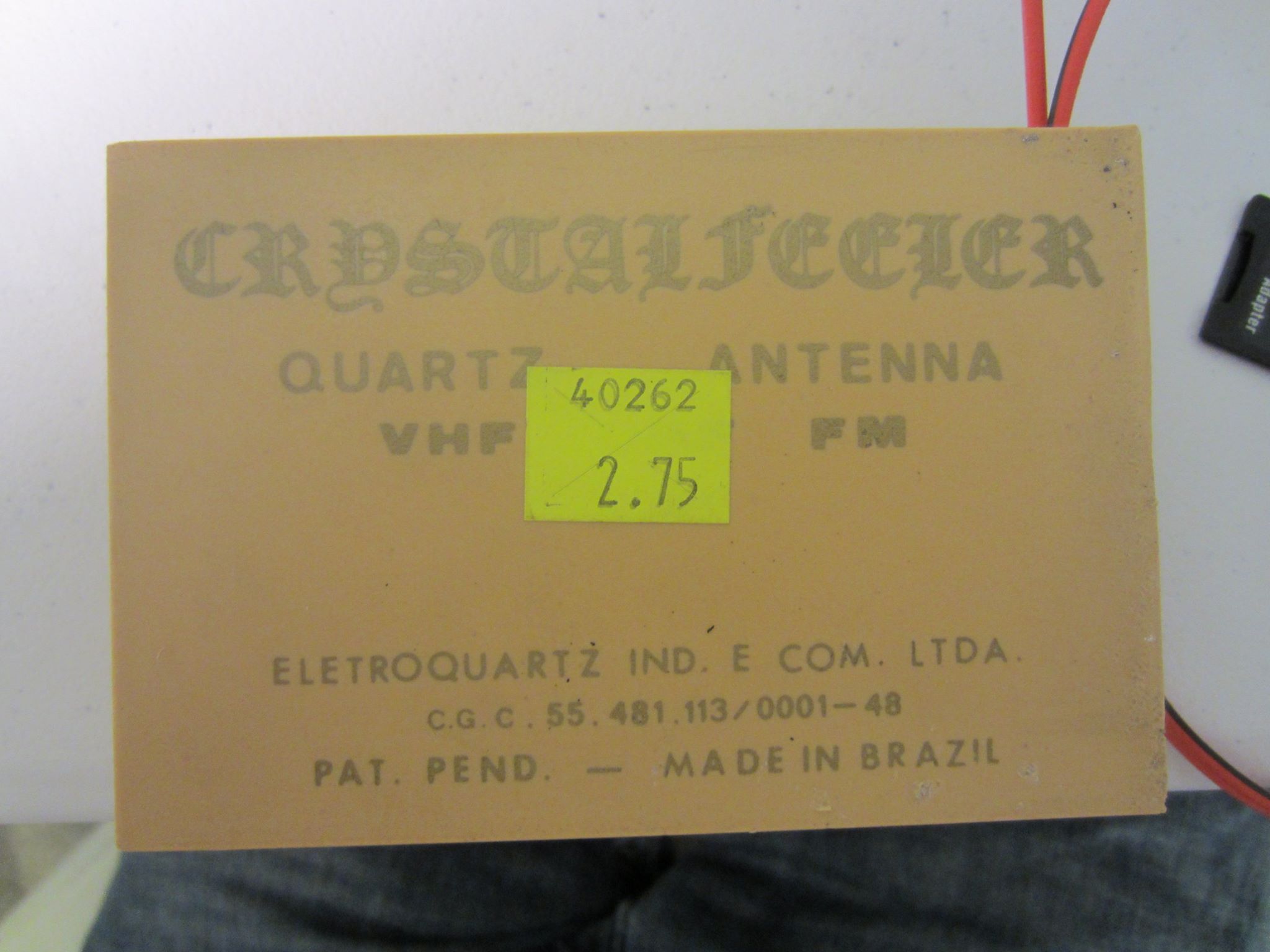 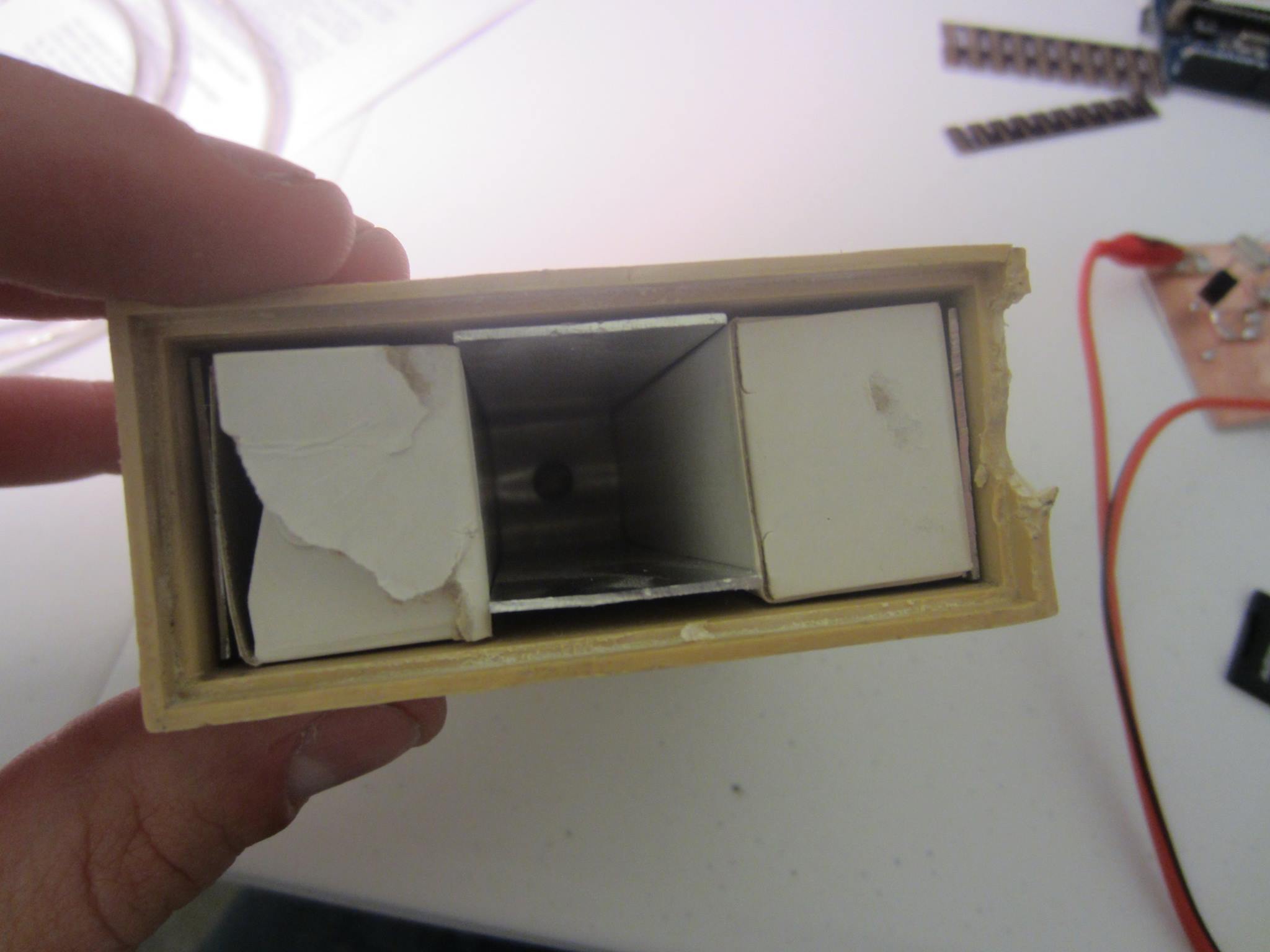 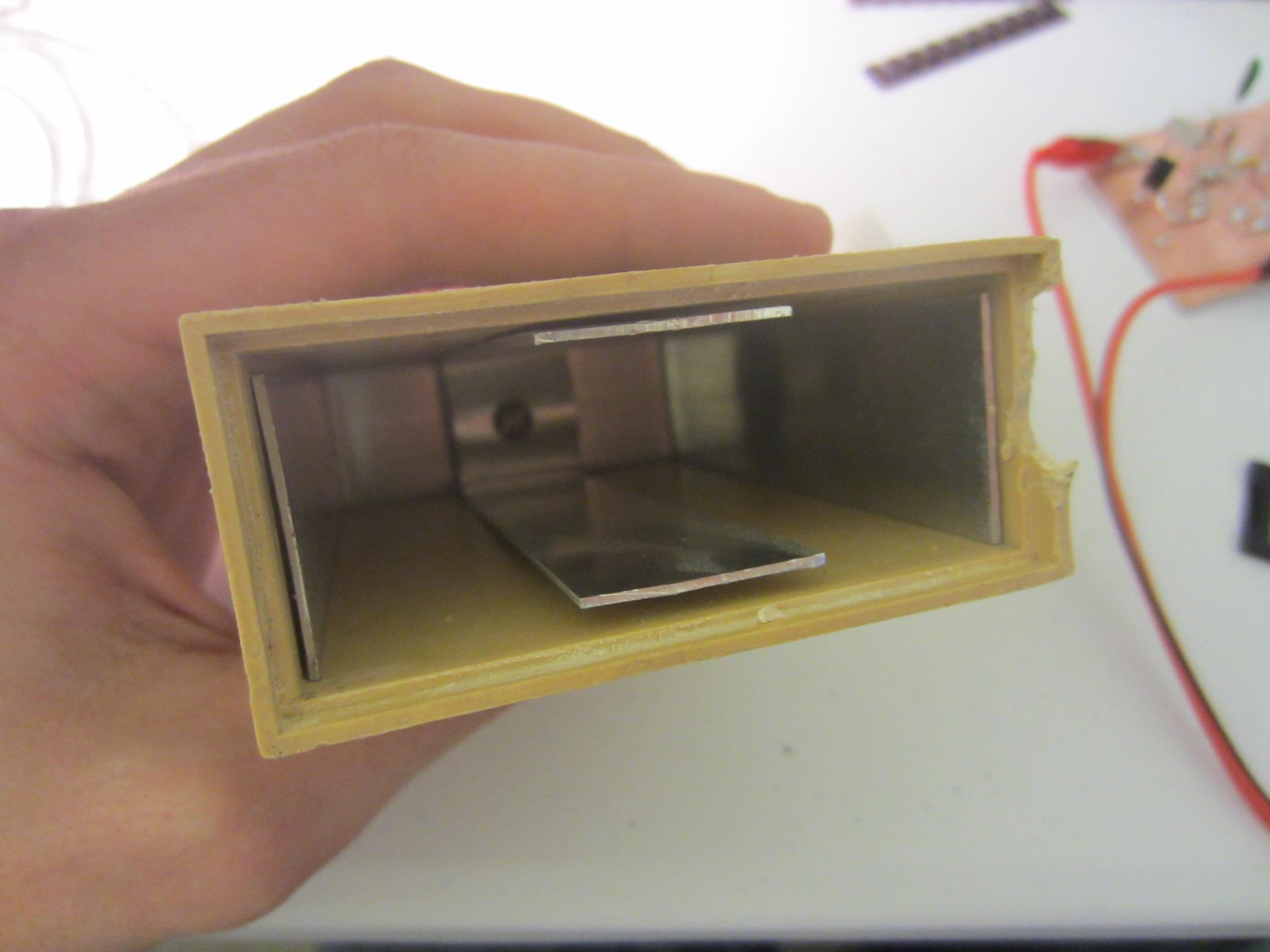 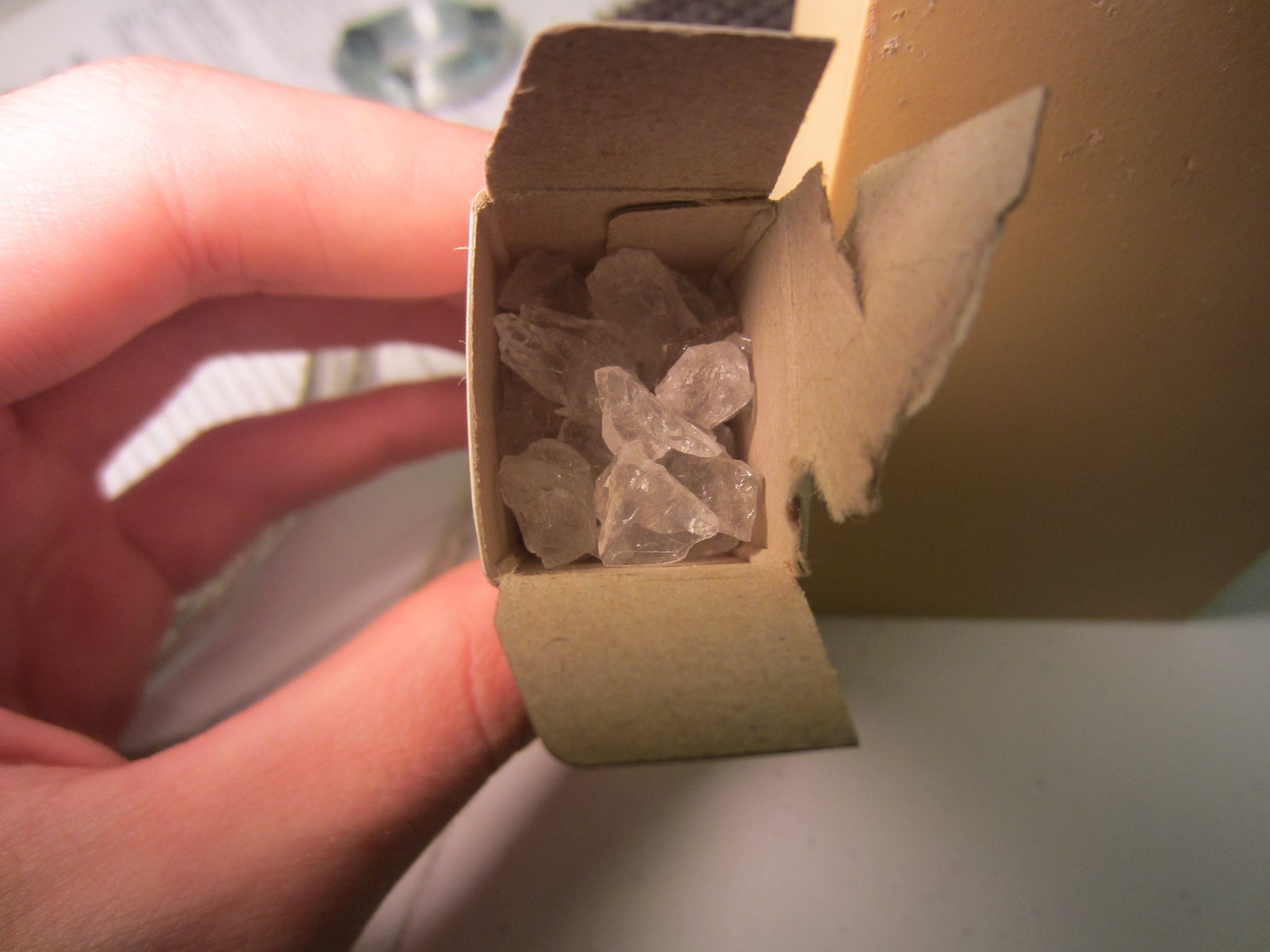 There were two small cardboard boxes filled with loose quartz crystals inside, with no electrical connection to anything. There was a small screw at one end of the device, presumably to connect it to an antenna. I've taken E-Mag, and the only thing I can possibly think of that this does is change the permeability or permittivity of the space around the metal thing inside. Is this device basically "healing crystals" for RF or is there some principal it's using that I don't know about?

'tis said they "empower your aura".

There's a whole field of pseudo-science quackery, which would be off-topic here.

This device is available on line from American Science & Surplus for $4.95. It says it can be used to make a 300 ohms antenna but the details are sketchy. The screws are indeed supposed to be the method of connecting the antenna.

I'll add some information on the part about:

...and the only thing I can possibly think of that this does is change the permeability or permittivity of the space around the metal thing inside.

The Ferrite rod antennas in AM radios and some short-wave radios with long wavelength bands do use the ferrite's high magnetic permeability to increase the magnetic flux passing through the windings of the coil (as well as to assist in the production of LC resonance at the tuned frequency with a smaller variable capacitor and potentially improve the Q somewhat).

The quartz crystals here may have a dielectric permittivity of around 4, and for long wavelengths you could estimate that the bulk or effective permittivity of the whole box of crystals was about 2.5 assuming a 50% fill fraction. This would in fact have some measurable effect on the local electric field of an incident RF wave, but how much, and weather or not that would enhance the fork's performance as an antenna is not clear to me. For long wavelengths this single-wire antenna would have been capacitive, and the relevant total capacitance would involve a much larger volume than this little box, unlike the ferrite rod antenna where the relevant volume in which to evaluate the field is definitely the coil itself.

However, I'd guess that a few more feet of wire would probably work better than the box of crystals in most long wavelength cases. 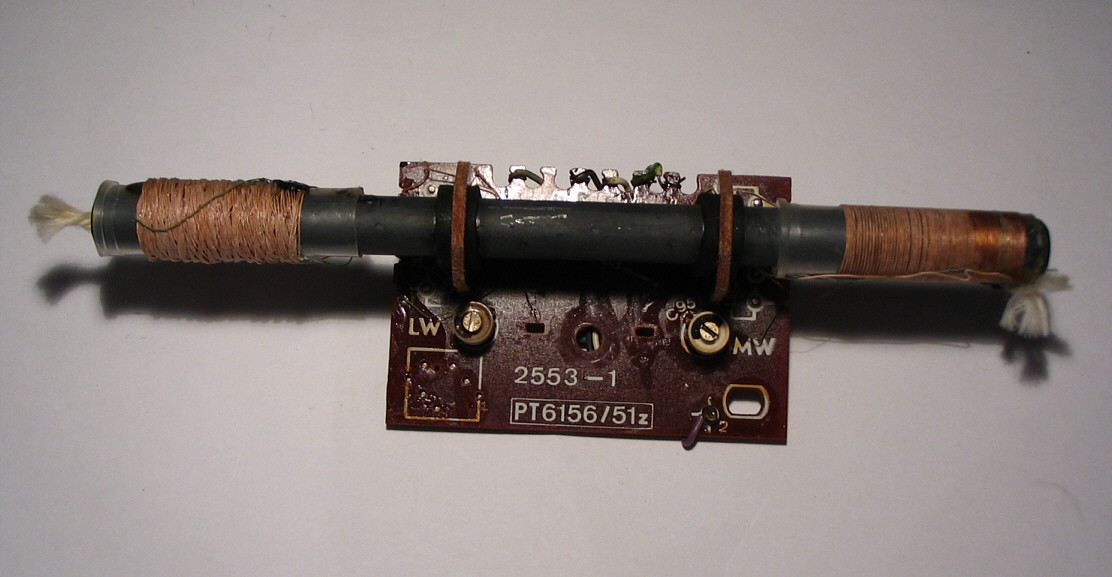 above: "Ferrite antenna for LW and MW bands, used as a receiving antenna in an AM radio receiver. It has separate windings for each of the bands." From here.

It's a hoax that mixes the strongest AM signal with white noise of amplifier to make it sound like spirits are talking to you when you aim in different directions. from sporadic reception.

Someone has crystals or rocks in the head.