Recently I had an explosion on my desk. A 220uF 25V electrolytic capacitor just blown up shortly after attaching a load. 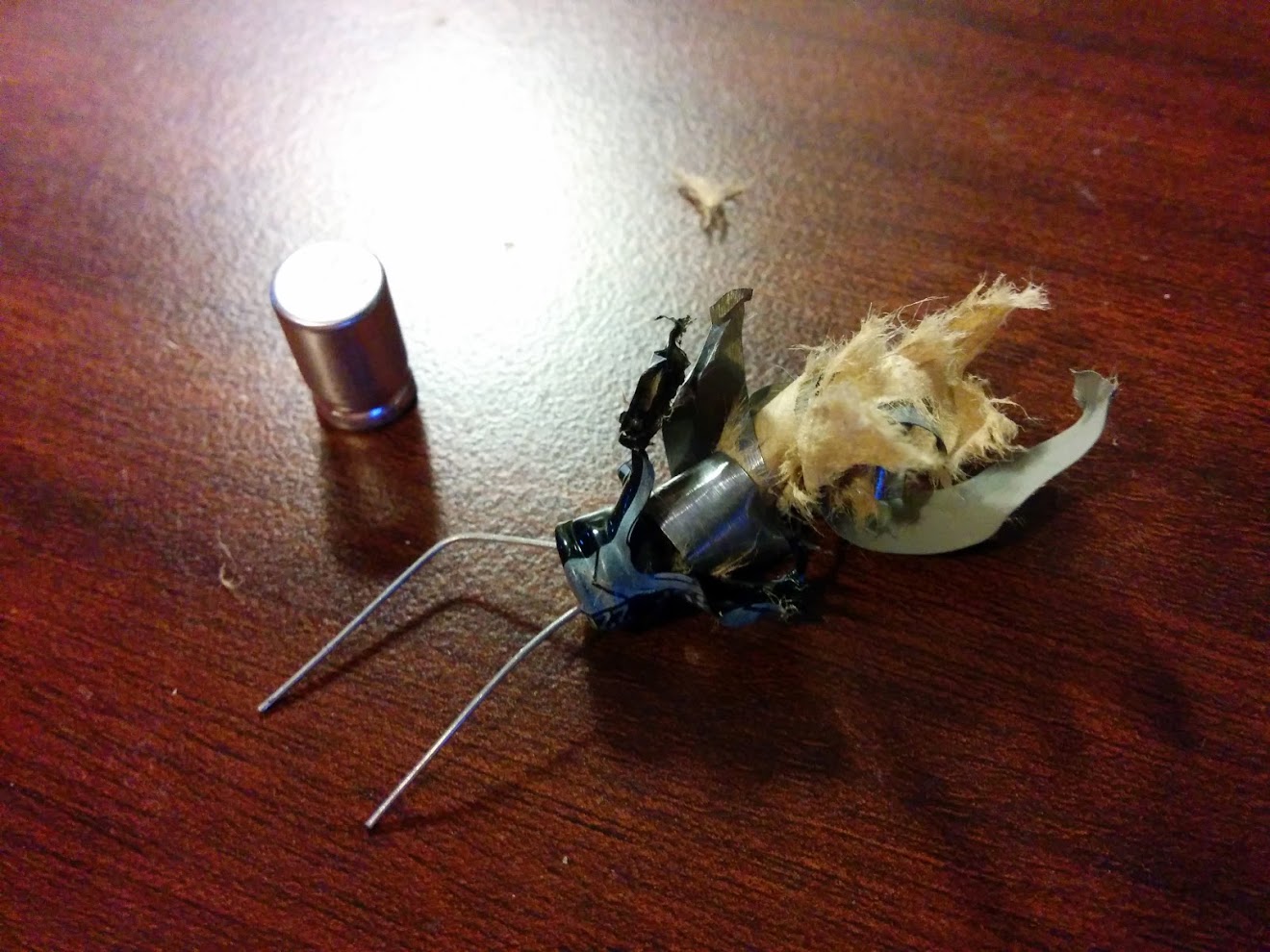 Because the variable load generated by the GSM modem was causing the charger controller errors (it indicated an overload and cut off the voltage at the output socket) I put a 220uF 25V electrolytic capacitor on its exit and it worked for a week or so with no issues, also no overload indications were occurring anymore. The connection was not firm, it was just attached into the contacts of controller's output. There was an external power supply attached to the the solar cell so that to charge the lead-acid battery. The explosion occurred after ~5 seconds since attaching the K1 to the charger controller's output.

The schematic of a power supply for the GSM modem is the following:

The modem itself can generate a significant load when registering to the network (right after power up): 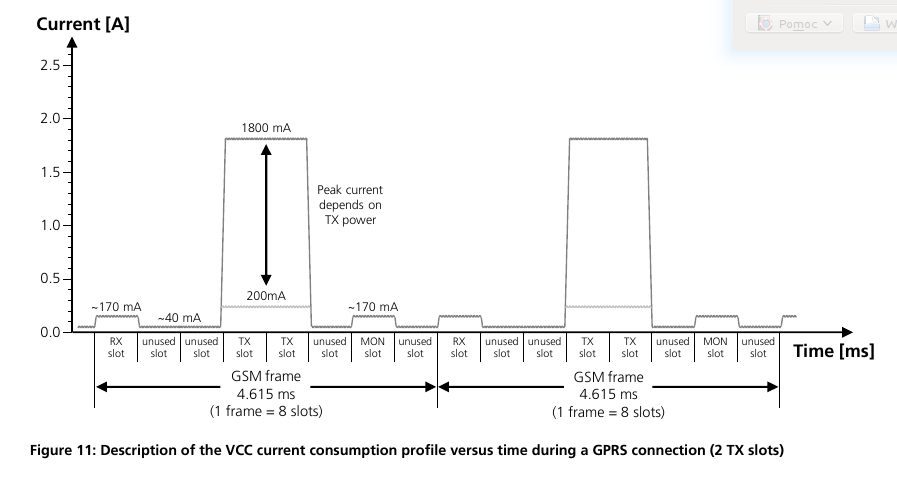 It came to me as a surprise that the capacitor like this exploded this way, especially when it is not the only capacitor on the path between the supply and modem, there are plenty of them.

Now I wonder what happened and what might have caused the explosion of this type. I did not change the polarization of the capacitor, I'd bet that its leads did not met each other. Do you have any ideas?

There are plenty of counterfeit caps coming out of China. Can you tell if there was a smaller cap in the larger package? If you buy bag-o-cap type parts on Dx or eBay it is a good idea to cut one open from each batch and make sure there isn't some little totally wrong cap on the inside.

Maybe your PWM charge controller might have looked a little bit like AC with a DC bias and the AC would have been passing straight through the capacitor causing it to heat up and fail?

Not the answer you're looking for? Browse other questions tagged capacitor load or ask your own question.

2
Diagnosing cause of electrolytic capacitor failing
4
Why use asymmetrical capacitor values for crystal?
11
I stuck a 450 V 10 µF capacitor in a 110 AC wall outlet and it exploded… why?
0
Why is this 10pF capacitor reading 79pF?
2
Why does capacitor polarity matter?
9
Full bridge driver capacitor ringing problem
4
Capacitor sizing for known current load
2
Why is the purpose of capacitor CS?