Which schematic should I use with CNY 70?

I have tried this three schematics (pictures below), and they all seem to be working mostly the same. So I can't choose which one to use, and what are the advantages/disadvantages. Any ideas ? P.s. I use CNY70 as light sensor, and the MCUpin goes into Atmel AVR microcontroller digital input. 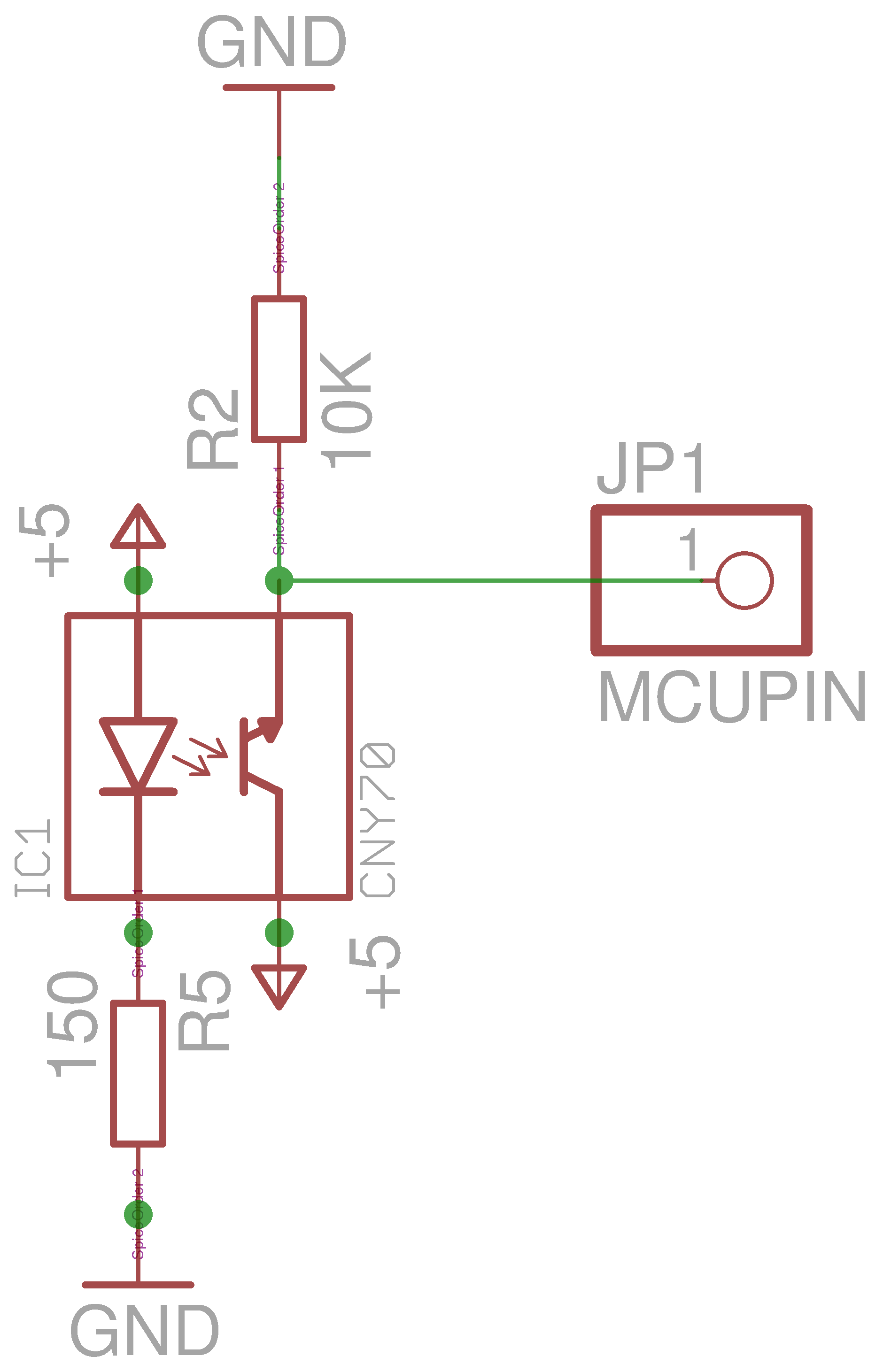 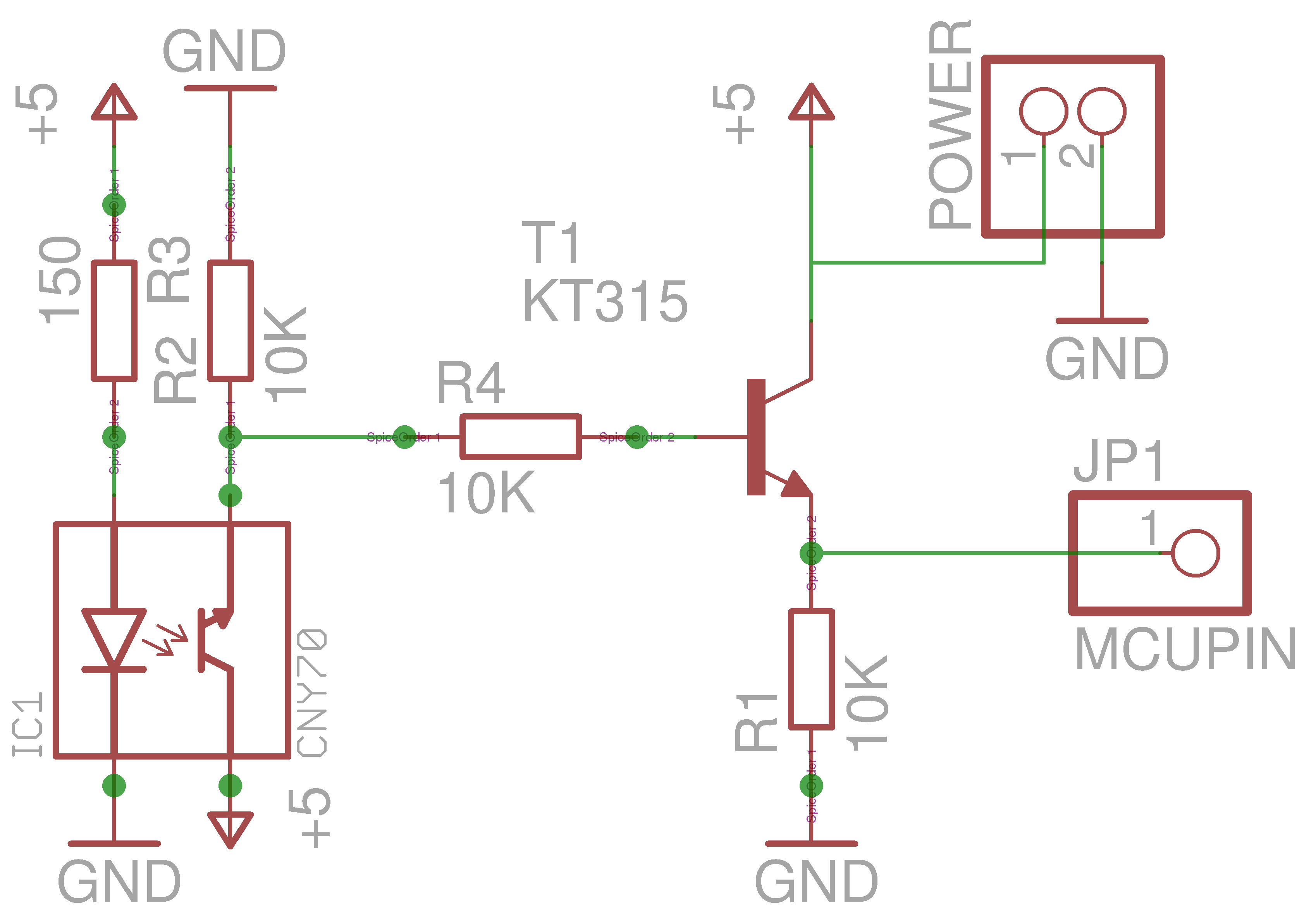 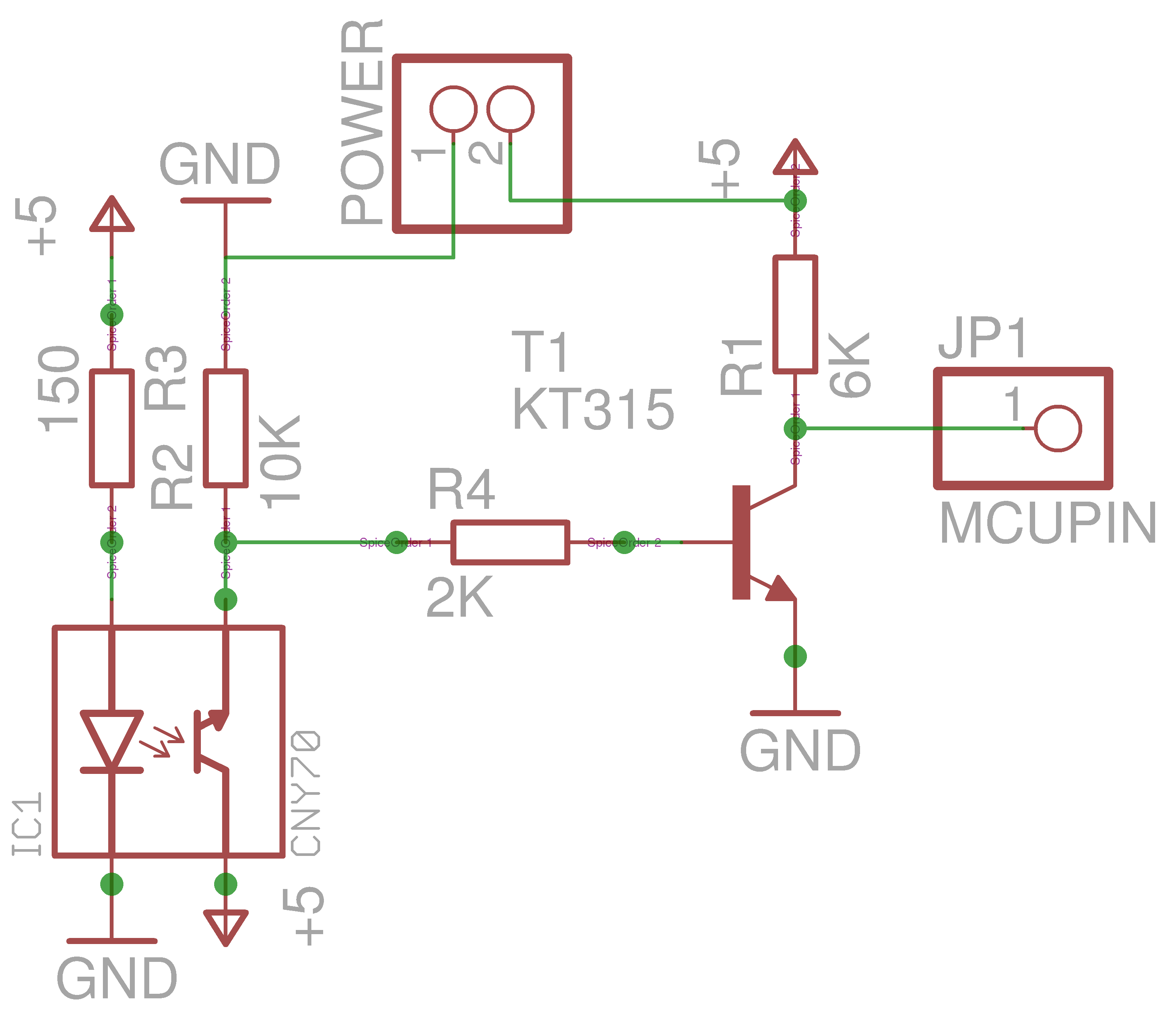 The resistor in series with the opto's LED can be on either side of the LED, with no effect on the operation of the circuit.

In the first circuit, MCUPIN will be high when the LED is on.

The second circuit will also pull MCUPIN high when the LED is on, but there will be an extra 0.7 volt drop due to the extra transistor.

The third circuit will pull MCUPIN low when the LED is on.

In my opinion, the extra transistor is unneccessary (unless you need the inversion of circuit 3), as the opto should be able to drive an MCU input directly.

Not the answer you're looking for? Browse other questions tagged microcontroller infrared or ask your own question.

4
Reading a pin as an input on AVR XMEGAs
5
Building AC dimmer - digitally controlled
5
How to interface LDR with microcontroller?
1
Identifying and correctly using this component
4
Is it feasible to use fiber optics to increase the detection area of an infrared photodetector array?
0
Debugging a garage door opener circuit with an optocoupler and mosfet
45
Why does TI have so many microcontrollers?
2
Controlling LP Gas burner with microcontroller: flame sensor ideas needed