When would a design need multiple batteries?

In general it seems that using only one battery (pack) in a system design is a good idea, as it reduces complexity and cost. One configuration of series/parallel cells rather than multiple configurations to manage. Are there typical exceptions where using a second battery, or even many batteries, is considered standard practice?

I can think of a few cases:

Make use of a secondary bay to increase battery runtime as an optional feature, e.g. swap DVD drive for second battery in laptop computer.

Are there other good reasons to have a second battery in a system?

For example, Does an all-electric vehicle (e.g. Tesla) typically have a second, smaller battery for powering safety-critical electronics? Is the battery bank in a solar array typically one large battery or a collection of modular parallel batteries? Any other places multiple batteries would be considered ordinary?

Plenty of things have multiple batteries.

Some hybrid cars have their traction battery pack and a "standard" 12v battery for the normal vehicle systems, including starting/charging the internal combustion engine.

High reliability UPS systems (telecomms/data centre/any critical service) may have multiple battery arrays, typical installs I've seen they have 3 of everything (so 3 identical sets of UPS + battery array + control + monitoring) of which any two can handle the full load if one of the three dies - and usually a backup generator, for large loads they do the same again and have 3 generators, any two of which meet the required capacity.

That said I've seen those things chained in far larger numbers; A suite of maybe 10+ racks of triple-redundant UPS+battery etc., so each rack is its own self-contained 2-of-3 redundant UPS and the 10+ racks share the load with a redundancy of maybe 20%. Sounds like overkill but plugging in multiple duplicate UPS racks is an easier build and scales easily. Likewise, 3 big-ass generators side-by-side are easier to install than one supertanker-size one.

Also, the telco I worked for there were backups to the backups - the UPS's to catch blips in the power / hold things up while the generator comes online, the generator for short to medium outages (usually fuelled for a week or so continuous running, location dependent), and remote monitoring that dispatched a power guy ASAP who could also bring in a mobile generator, additional fuel bowsers, etc, etc... gotta love a system built during the cold war to be nuke-proof!

The point in critical/high-reliability/disaster-proof systems is redundancy, no single-point-of-failure, preferably modularity too. Aside from the backup generators, which tend to live in one special room, generally the UPS's are separated - either per rack / suite of equipment, per floor, per supply or whatever so if one bit of kit goes bang it doesn't bring the whole place down with it.

Emergency vehicles (or overlanders, campers, etc.) have twin or triple battery systems, usually one to take care of the starting & running and one or more to power the "living" systems, with the "emergency" option to use the "living" battery to jump-start the "main" one.

Some vehicles have 12v and 24v systems and rather than do the bodge of pulling 12v from one half of a 24v pack (recipe for problems) they add a secondary 12v battery (and sometimes an extra 12v alternator).

There are also more subtle examples: Many devices that keep time have a real time clock (RTC) chip which will have either a small supercap or watch-battery to power it independently of the main system power, be it mains/wired or battery (EG laptop, digital camera) you'll find you can unplug the device & remove its battery and when you reconnect it it will still remember the correct time. The RTC battery has very different properties to the main system battery - often they are not designed to be replaced, only supply a tiny current (microamps) at a low voltage to keep the RTC oscillator ticking over.

Edited to add: I found some photos of the aforementioned multiple-battery setups: 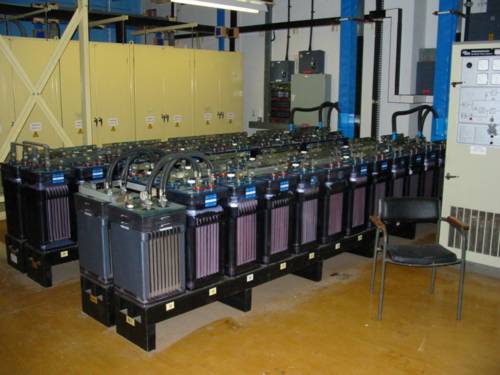 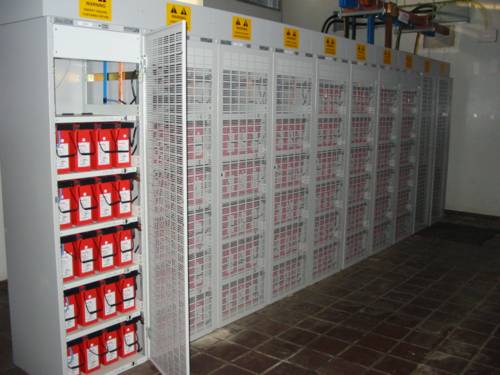 Both setups are floating at -48v, the copper & blue bars are busbars.

6
Need help with LiPO batteries
1
Would any current flow when batteries and resistors are set up like this?
1
When to use multiple batteries vs a UBEC
0
Does proximity matter when hooking up batteries?
1
Charging multiple laptop batteries
1
Solved - FAULTY BATTERY - Solar power - 6149 Watt-hour battery bank but only 1 hour of inverter time at 300W after dark
0
Paralleling car batteries
2
How to ensure my device never powers down when using two batteries (Hot swapping batteries)?