Charging capacitors in parallel with a battery 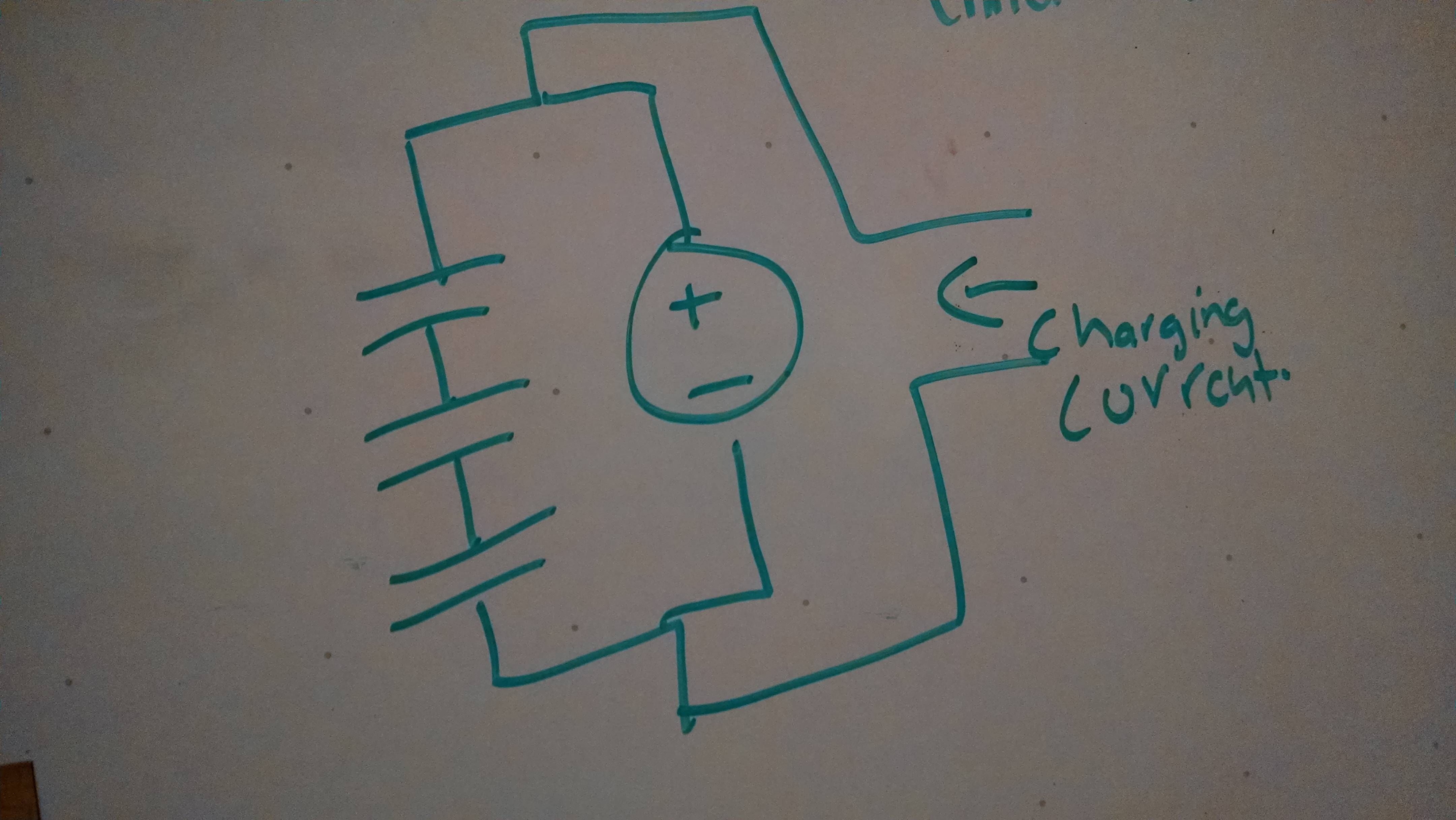 The rest of this is just for application specific reason and not as urgent as the main question above. Thanks for looking =)

The reason I am trying to do this is to cut the cost of buying more super capacitors when they are $50 each because another method would be to add more capacitors in series to raise the voltage level and reduce the current. Are there any cheaper alternatives?

I have 1 kW of power being converted down to whatever voltage level I need. The capacitors I am looking at are the Maxwell K series. They have a voltage rating of 2.7V each, with C=1500F and a current rating of 97A. The cost of 4 is the upper limit of my budget.

An efficient way to charge high capacitance capacitors with a small current is to use an inductor. i.e., you see the technique all the time in voltage converters. i.e., charge an inductor field by placing a voltage across it, thus building up the current in the inductor. Then, place the inductor in series with the capacitor that you want to charge. I.e., high speed switching. The inductance in the inductor will limit the current, while the energy stored in the inductor field will cause the voltage of the inductor to change to meet the voltage in the capacitor that you want to charge. i.e., at the point where you stop charging the inductor, and place it in series with the capacitor, the inductor becomes a current source. You probably remember hearing in your first AC electronics course that capacitors resist a change in voltage, and inductors resist a change in current. These characteristics make them a perfect combination for solving your problem...

Here is a Linear Technology site where you can make use of an IC selection tool.

This tool will help you select a current regulator that may meet your needs of constant and selectable charging current. The LT3795 is an example. I believe it can be programmed to provide either constant current or constant voltage, so the current set feature you need is available.

There are many devices like this that are designed to provide a constant current to strings of LEDs, with high efficiency, and many suppliers that offer them. Many manufacturers offer small, pre assembled, demonstration boards that you can purchase to prove your concept. Also, if you only need a few, just buy a few demonstration boards, and you have already built sub-circuits… just think of the demonstration board as a hybrid module.

Not the answer you're looking for? Browse other questions tagged capacitor energy or ask your own question.

1
Supercapacitors vs. High Voltage Capacitors with Inductive loads used in CoilGuns or Solenoids
8
ESR and parallel capacitors
0
Charging capacitor with higher voltage power supply
0
Efficient and quick charging and discharging of a 2.7V supercapacitor with a 4.2V Li-ion battery
0
Charging and discharging Ultracaps with a 12v DC Brushed Motor
0
Can I quickly charge supercapacitors with a power adapter?
0
Chargng Capacitors in series
1
Ultracapacitors as a battery; how long will they last?
0
Capacitor Bank Design for Electric Vehicle
0
Is it possible to charge a capacitors, and in return charge a battery?