Why does frequency splitting happen when two resonant circuits are magnetically coupled in wireless power transfer?

When two circuits are tuned to a self resonant frequency and are then magnetically coupled, the resonance happens at multiple frequencies if they are near. How and why does this happen?

It happens also with capacitively coupled tuned circuits as well. When the coupling is very, very weak, the two resonant circuits are hardly affected by each other. When the coupling is very, very strong the two circuits behave like one tuned circuit. It's the in-between area where "strange" things begin to happen. Here's a picture that shows what it looks like with capacitively coupled tuned circuits. Note that Cs is the series coupler and I've marked on the diagram which curve applies to the Cs value used.: - 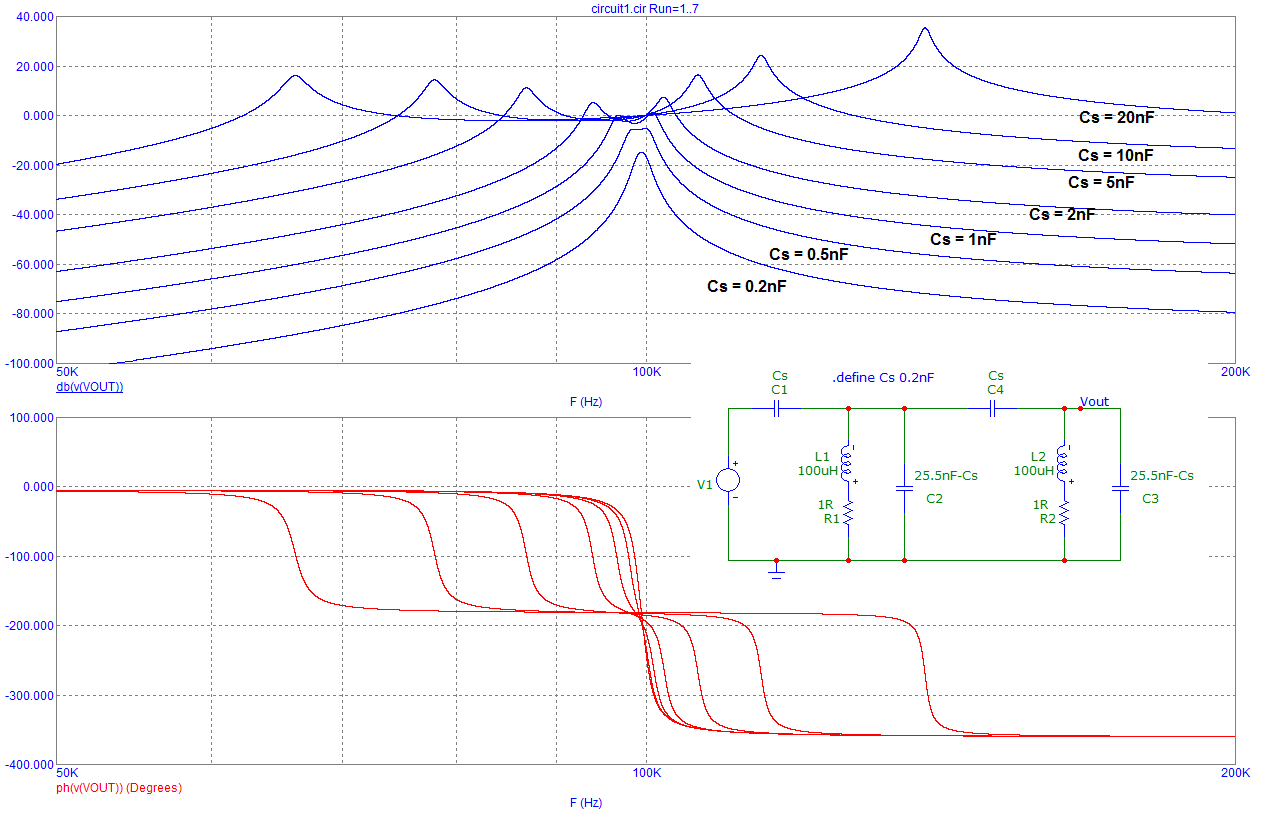 I've automated values in the simulation so that the capacitance of both tuned circuits accommodates the coupling capacitor value so as to stay at the same nominal resonant frequency. This demonstrates that with a 200pF coupler, the resonant frequency is largely seen as a single peak centred at about 100kHz. Note that the AC sweep is from 50kHz to 200kHz.

As the coupling capacitance increases in value, clearly two distinct peaks are seen and these get further from each other as the coupling gets stronger. I'm hoping that someone can mathematically demonstrate this (although the math will be difficult) but basically the two tuned circuits interact and displace each others resonant frequency. 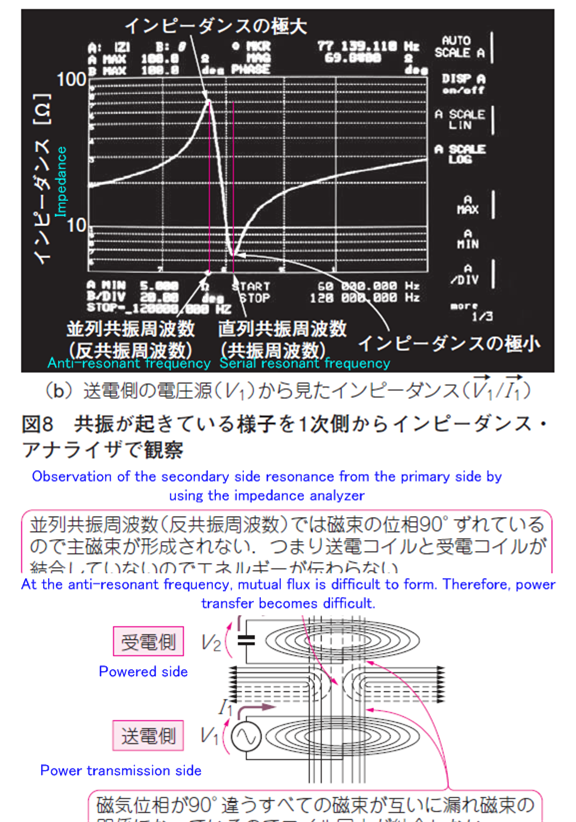 Not the answer you're looking for? Browse other questions tagged power wireless power-engineering or ask your own question.

8
Why does short distance wireless energy transfer have such low efficiency?
4
Is there any difference between "induction" and "resonant" wireless energy transfer?
2
Can 5okW be transferred using resonant wireless power transfer?
1
What frequency did wireless telegraphs operate at?
1
Why is wireless power transfer done between two coils at their self-resonant frequency?
1
Line to ground faults
0
Why can't we operate at high frequencies (>0.5GHz) when having a resonant inductive coupling circuit?