My SVS PB13-Ultra subwoofer stopped working. It happened after a voltage sag, probably followed by some spike.

After inspection, the fuse and a power resistor were blown.

I am sending you pictures attached. This is the PCB of the 1000W power supply of the sub driver. The missing indicated component is a 7 Watt, 5 ohm resistor.

Along with the other same resistor, they are the very first thing (after a usual varistor) that the AC circuit sees. I assume both these resistors are part of the LC filter at the input stage, the resistors probably dampening the filter's response.

These sand blocks are old fashioned resistors. I tried to find a similar one in mouser and digi-key, but no luck at all. 2 questions:

1) Is there ANY difference in replacing it with an ordinary wirewound power resistor, eg:

2) What is the story behind these sand blocks? Aren't they wirewound internally? Why did they stop being produced?

Funny thing is that the date signature in back of PCB is 2010. It is not that old! tks! 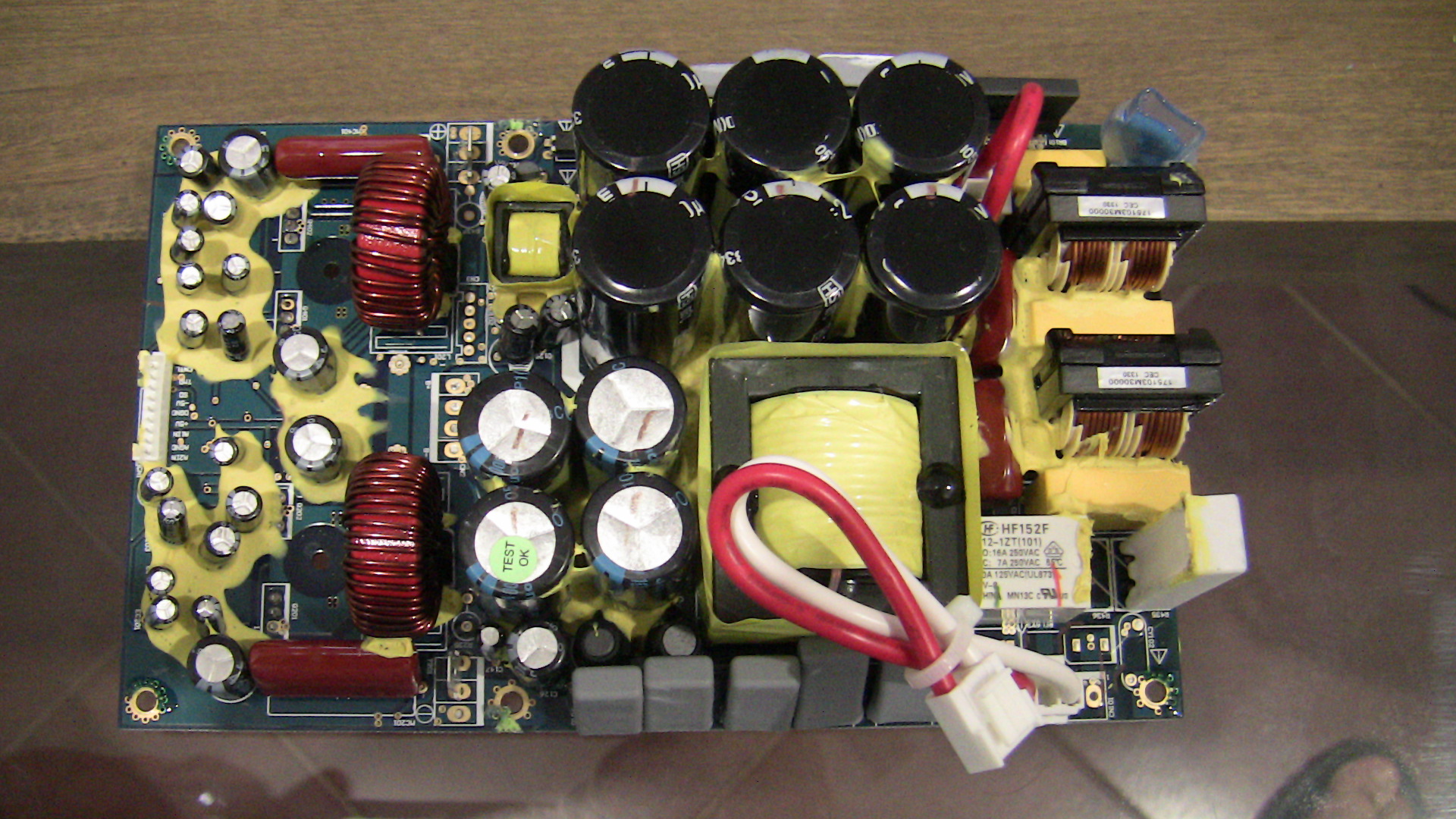 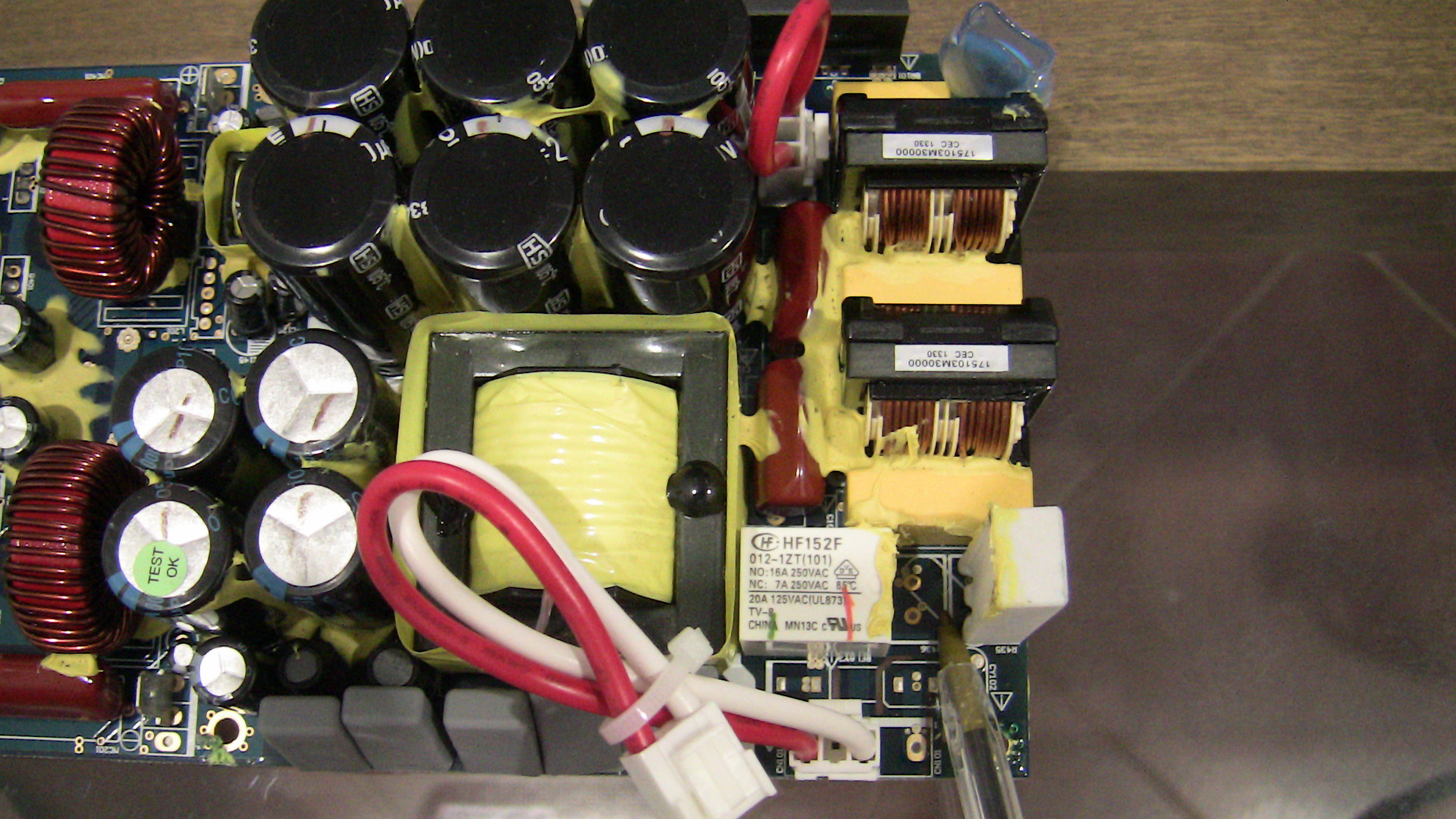 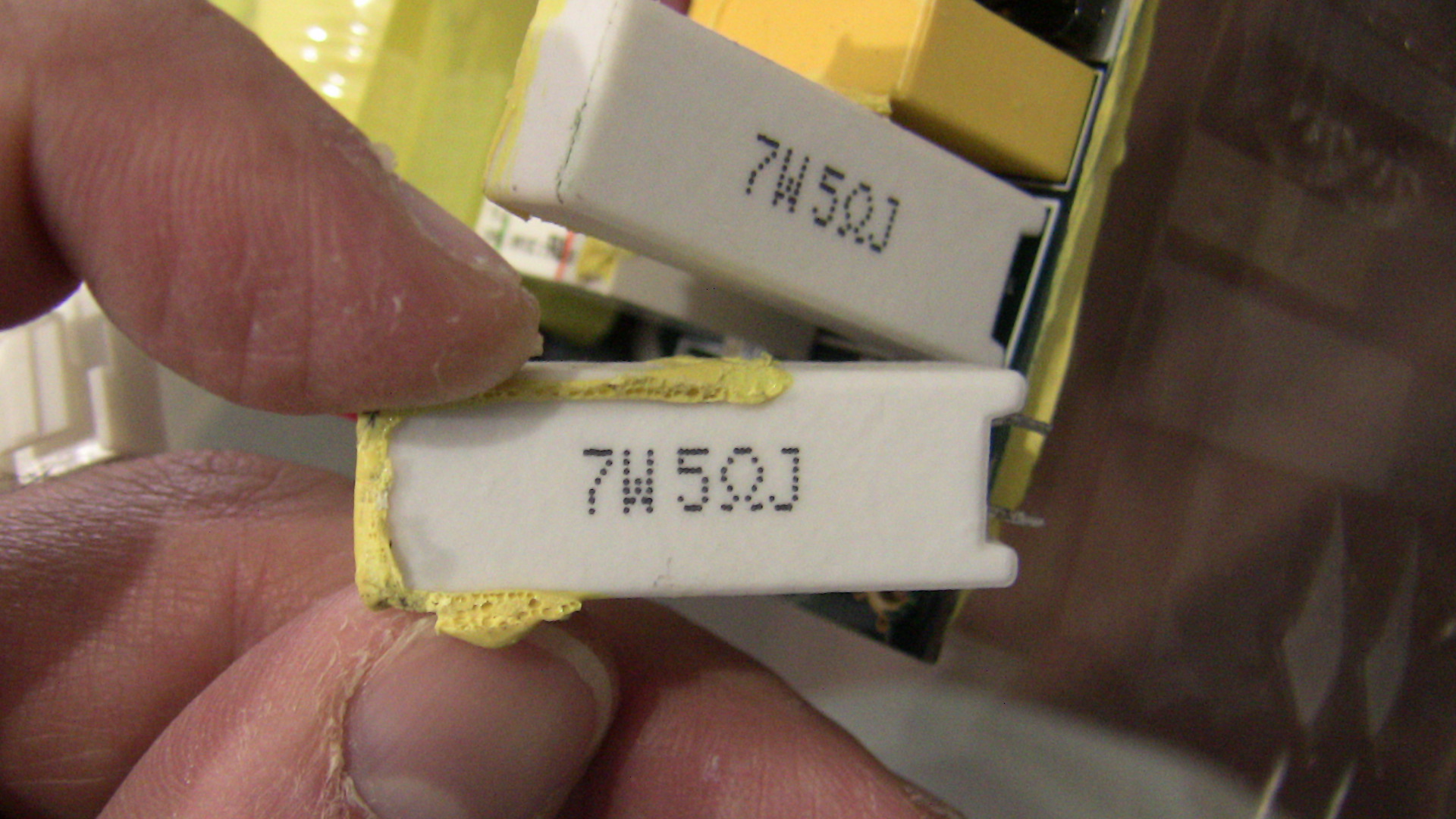 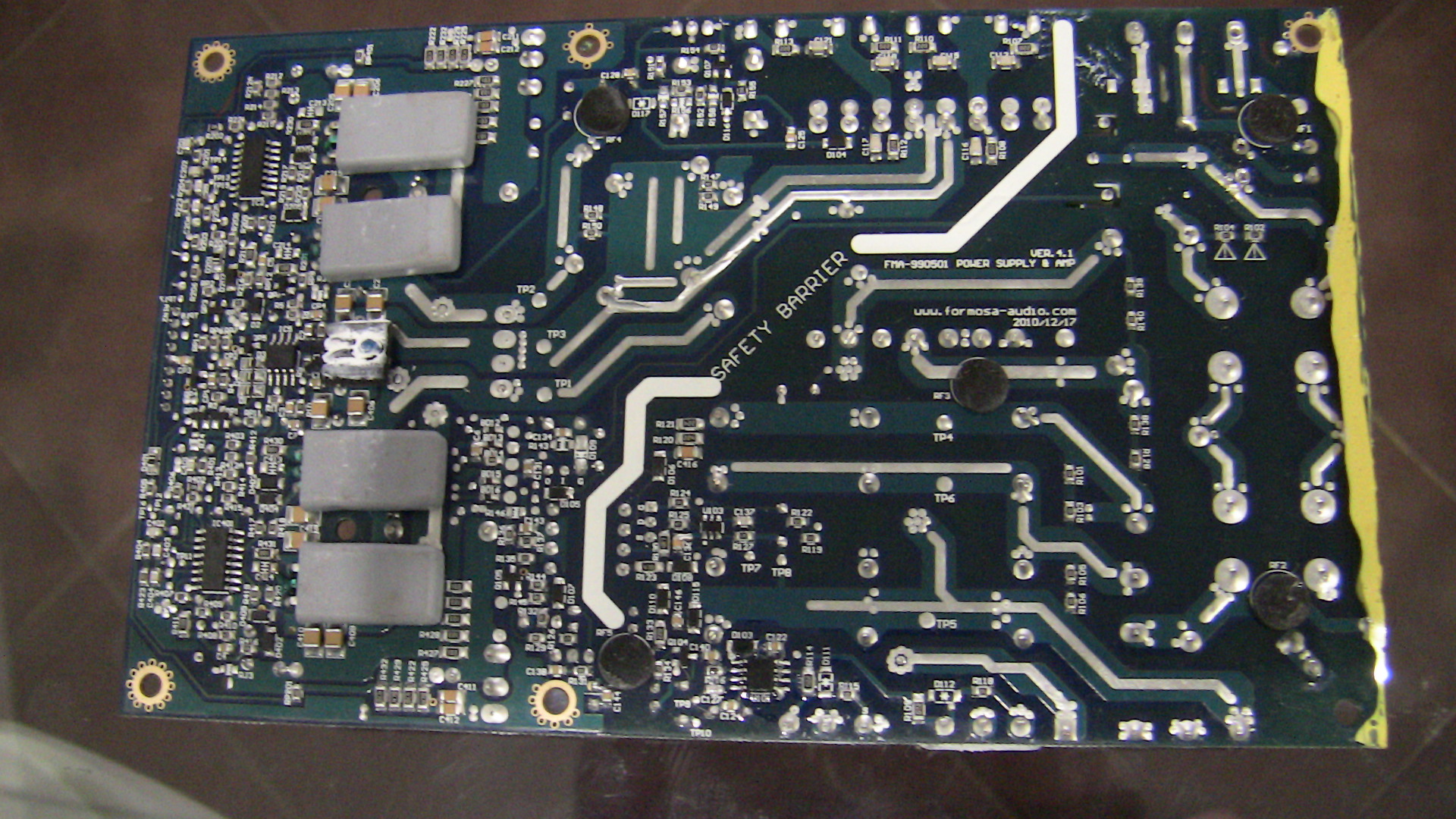 They're really common still- the vertical style less so outside Asia. You can find 5W and 10W 5.1 ohm axial types at a Digikey etc.

They're designed to be fusible, so ordinary WW resistors may not be as safe.

You could try to hack in the 10W part or try to source the original type from Asia.

If the resistor is really bad, take a hammer to it and find out what's inside. Inductance at audio frequencies due to being wirewound should be negligible. The ceramic construction can get hot without damage. All this may not be very important if the fuse blows as soon as you apply power next time.

I wouldn't use a wirewound resistor, unless it's a very high quality one, because the inductance could affect the performance of your sub. You can use a higher power rating, the only problem there being that the new part might be too big. Just FYI, the resistors you've shown are probably ceramic. Also, you're right, I checked Mouser and their highest rated ones are 5.5 watts. Anyway, a possible replacement would be this, and the slight resistance difference and modest price would warrant changing the non-damaged one as well.