can anyone help me please prove the statement that: In RLC circuit in series where AC voltage source works in resonant frequency the sum energy of the inductor and capacitor is zero at all time. I know that the impedance is pure ohm, and that there is on difference in phase shift between the current and the voltage source, but i can't figure what else.. Thanks.

When you apply a voltage to a series resonant circuit of R, L and C, the reactances of L and C are equal but have opposite signs. This means their impedances totally cancel out and the only impedance that is left (at resonance) is R.

Regards the energy - this oscillates between L and C so at any one point the energies will not necessarily be equal but, if you averaged those energies out over time, you will find that they do become equal.

Because C and L reactances are equal, it means that the peak voltage attained on both is the same magnitude AND because they share the same current (series resonant) it duly follows that each will store the same instantaneous peak energy (but of course at different times in the AC cycle).

EDIT - reasons why the energies are the same: -

Here are what the waveforms look like for voltage and current in a capacitor: -

Here are what the waveforms look like for voltage and current in an inductor: -

Because reactances are equal and current is equal the two voltages cancel each other out leaving only the resistor in circuit to take the full AC voltage of the driving source. It's like having two 9V batteries in series - one way they produce 18 volts and the other way they produce zero volts and you would not be able to distinguish two batteries wired series antiphase from a very low value ohmic resistor.

Also if you multiplied the capacitor's and inductor's respective current and voltage waveforms to produce a power waveform you'd find this: -

This means the peak energy stored in both L and C is the same. 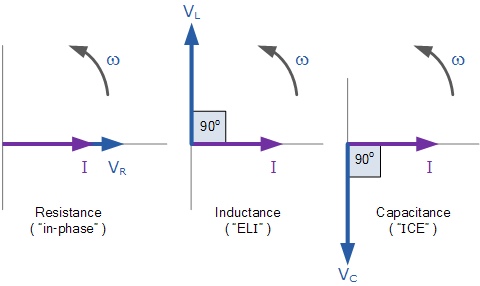 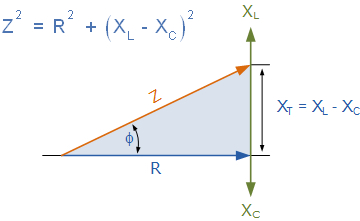 Not the answer you're looking for? Browse other questions tagged circuit-analysis resonance phasor or ask your own question.