Avoding repeated queries while working in a WSN set-up of Coordinator-->Repeater-->End Device , when Coordinator and End device are in Range

I am working on a WSN set-up. I posted a question earlier on the same. I had a another question with respect to the same. My question is while working in broadcast mode, if Coordinator and end device are too far away and we are using a repeater in between , then its fine, repeater will only braodcast message to End device and End device will not receive multiple copies of queries (as it happen in a case when Coordinator and End devices are in Range and we are also using a repater, although in this case there is no need of using repeater). Now assuming that end device receive multiple copies of queries, how we can neglect other multiple copies?

I am attaching a pic along with this question.

Should i use time stamp? I really don't have any idea regarding how to use time stamp to avoid using multiple copies? Probably i should add time stamp in the querry send by the coordinator(Running on Raspeberry pi, equipped with OLP865 Xbee). What if i don't have internet access on Raspberry pi and no RTC. Probably i should use a series of number(generated from a software). On the End device side(Running on Arduino), i should, parse the incoming string, store that time stamp/number and match it with the next incoming query, if they both match, drop this next message, if not, process the query. Can any one verify, if these seems to be a right approach or if there is any other method? 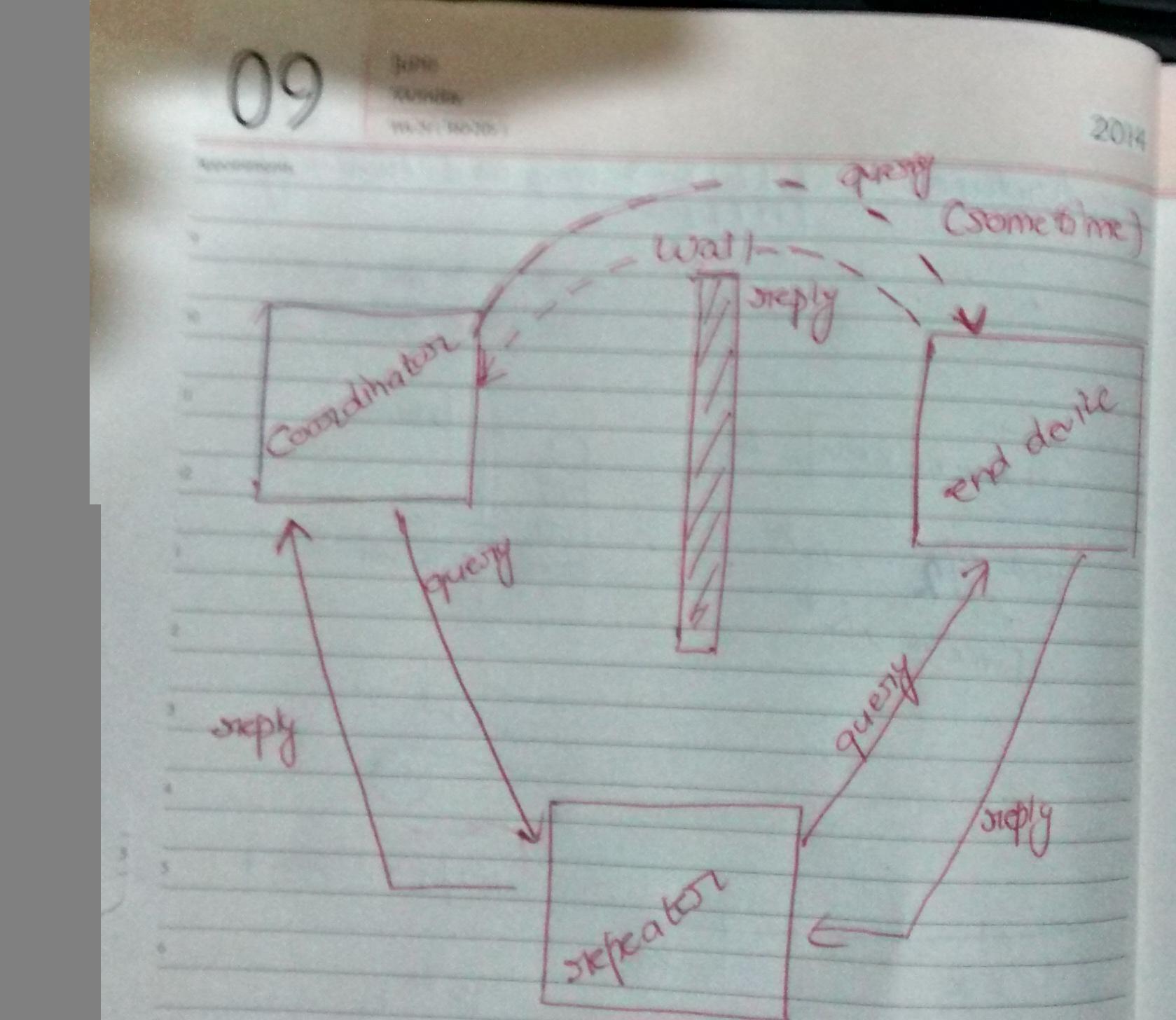 The standard approach, used by ZigBee and other multi-hop mesh networks, is to include a sequence number in each packet. Each receiver keeps a history of sequence numbers that it has received and uses that to ignore duplicates.

There's a much longer discussion to be had on how many bits long the sequence number needs to be, and how many items you keep in your history buffer, but that's highly dependent on other factors.

You may wish to review the IEEE 802.15.4 documents to see how one system handles it.

Not the answer you're looking for? Browse other questions tagged sensor c raspberry-pi xbee network or ask your own question.

9
Rather complicated sensor network
1
How to control interrupt using timer in microcontroller
1
Coordinator + Repeater Xbee + End device configuration
1
How to simplify UART interrupt handlers on Tiva TM4C with SIMcom 900
3
Pic16 Timer0 puzzle
0
Comunication Xbee S1 Coordinator to End Device
1
Can Static Electricity change the voltage reference of a PCB?
0
How to configure Xbee S2C module(end device) in order to avoid merging of data at another Xbee S2C(coordinator)?
0
How do I connect a bno055 chip to a Linux pc via an FTDI UART breakout sensor?
1
with a L298N controller I need to “warm up” the motor to get it to run without stopping, why and how to do it with python