First, the end goal is to run a power tool (namely a Dewalt DW734 thickness planer) designed for 110V at 60Hz at a country where the power is 220V at 50Hz. The motor is a brushed universal motor, constant speed (i.e. not variable speed, but also doesn't seem to be electronically controlled).

I've read a lot on the Internet about running motors (universal and induction) at different frequencies (50 and 60 Hz, which are the common frequencies around the world), but there are conflicting opinions.

Naturally I will use a step-down transformer to get the voltage to 110V. The question is how will the frequency change affect the motor?

Some sources claim that a universal motor doesn't care about the frequency at all (and can run on DC as well), while others claim that the motor will run at 50/60=83% speed (but this might be the case only for induction motors, not universal brushed motors).

Other places claim an issue not directly with frequency, but with the voltage-frequency ratio (110/60 vs. 110/50) causing the motor to draw more current and over-heat.

Another issue comes from electronic speed control and variable speed control (the DW734 doesn't have them, but other power tools do). Will these require the correct frequency, or do they operate on DC anyway and the line frequency is not important?

There are power supplies that convert the frequency as well (VFD invertrs), but they are more expensive than regular step-down transformers and not all of them produce a perfect sine wave (which is another question - how important is a perfect sine wave vs. a PWM signal?).

Brushed universal motors are largely independent of AC frequency, and as you have heard, will also run on DC. Their maximum speed is normally way above any synchronous speed referenced to line frequency. In their construction, the phase angle between the rotor and stator fields is set by geometry, not line phase. This is also why they run at high speeds - they just don't care about the line frequency. This is ideal for appliances such as vacuum cleaners and tools such as routers and planers, which don't need to maintain constant speed under varying loads. On the down side, they are typically not very efficient at low speeds, but for an application where they can run fast, that's not a problem.

As long as you get the voltage right, you'll be fine.

The variable speed module that keeps the speed of a universal motor constant whilst under load is called "variable speed with electronic feedback".

This type of variable speed control module is a transistor based circuit and 'senses' the load on the motor and automatically adjusts the amps and voltage supplied to the motor within a typical 10% preset tolerance to accommodate the load placed on the universal motor in order to maintain the set speed of whatever speed the universal motor is set at.

A typical example is an old Black & Decker BD533E Corded Electric jigsaw pictured below, this is a common Black & Decker domestic power tool (manufactured from the late 1980's to mid 1990's) - I have this saw, it is 230 volts ac 350 watts and 50hz, the variable speed module in this saw does a pretty good job at keeping the motor speed constant at low speeds, even when the saw is under heavy load! 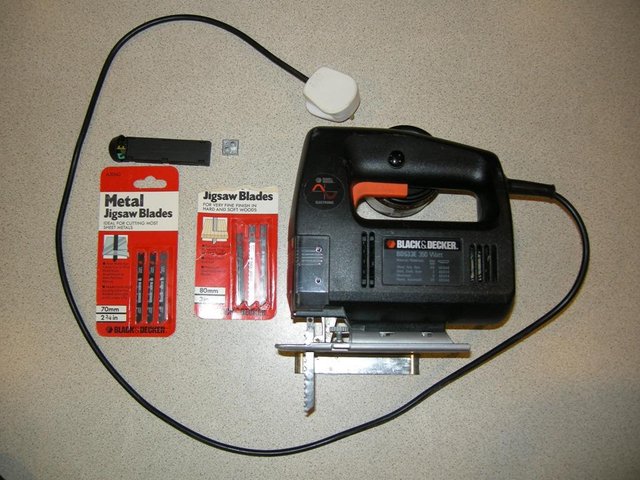 Not the answer you're looking for? Browse other questions tagged motor ac frequency or ask your own question.