I'm (again) placing bypass capacitors around an FPGA, and can't seem to get to a sane solution, given that I have all the pins assigned, and the supply pins are right in the middle of the I/O pins.

As an example, placement around pin 1: 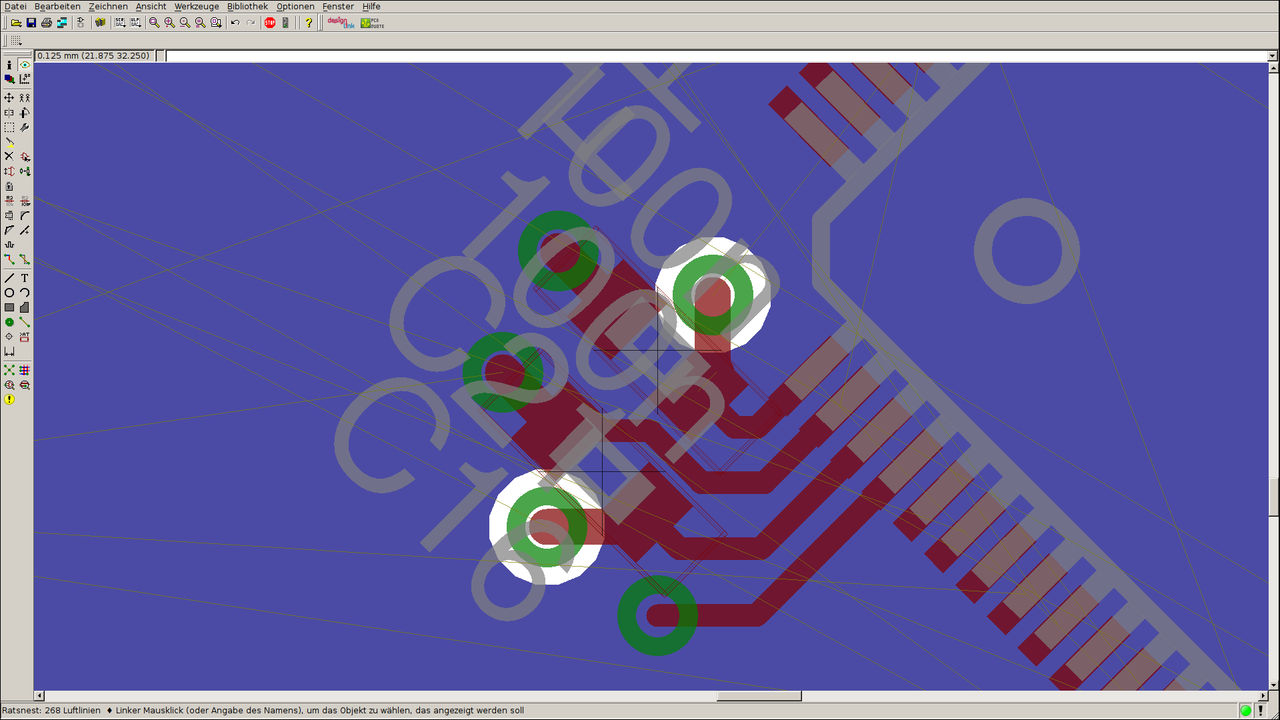 The next pin is another supply again (I can manage that, but I get further and further away), then a few I/Os, then another supply of the high ripple kind right in the middle of the package side.

So far, an avenue I haven't yet explored is shrinking the footprint (I use the standard 0402 from Eagle, which are humongous), and I'm wondering whether I can sensibly do so, and how big I need to leave the SMD pads in order to keep a strong connection.

The IPC-7351 (2005) document attempts to standardize component footprints. Manufacturers are not compelled to use the standard, but more and more of them seem to be doing so.

In Section 1.4 of that document, they talk about Density Levels ("Most", "Nominal", and "Least" protrusion). This refers to how much the land patterns will protrude from the actual point of connection.

Reducing the land pattern protrusions will allow you to pack parts in more tightly, but make it more difficult to get a good solder connection. For example, with Density Level 3 (Least protrusion), there isn't enough pad to hit with a standard soldering iron tip. Unless you're really good, you have to reflow them.

For an 0402 component, these are the recommended values for Nominal and Least Protrusion density levels: 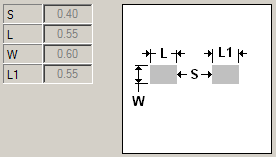 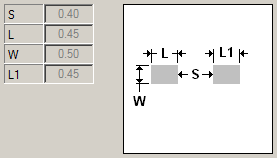 As you can see, there's quite a difference!

I took these screenshots from a software called Library Expert. It's free, and quite useful. It creates footprints to the IPC-7351 spec. It will actually build up the symbols for a number of software packages, e.g. Eagle, OrCAD, Altium, and others.

I put bypass capacitors on the back ("solder") side of the board, inside the chip outline, with the vias inder the chip - that keeps them out of the way of the signal lines.

Often when doing PCB layout I cram all the parts on the board. Then later -- when laying the traces -- I find out I don't have enough room between the parts to run all the wires.

In particular, fine-pitch components like TQFPs need a lot of room around them to "fan out" their wires, sometimes more room than I expected. (PCB layout artists find it requires even more resources to fan out BGA packages).

I generally end up spreading the wires apart something like this, to give myself plenty of room for capacitors and via patterns and other kinks in the wires between the components: 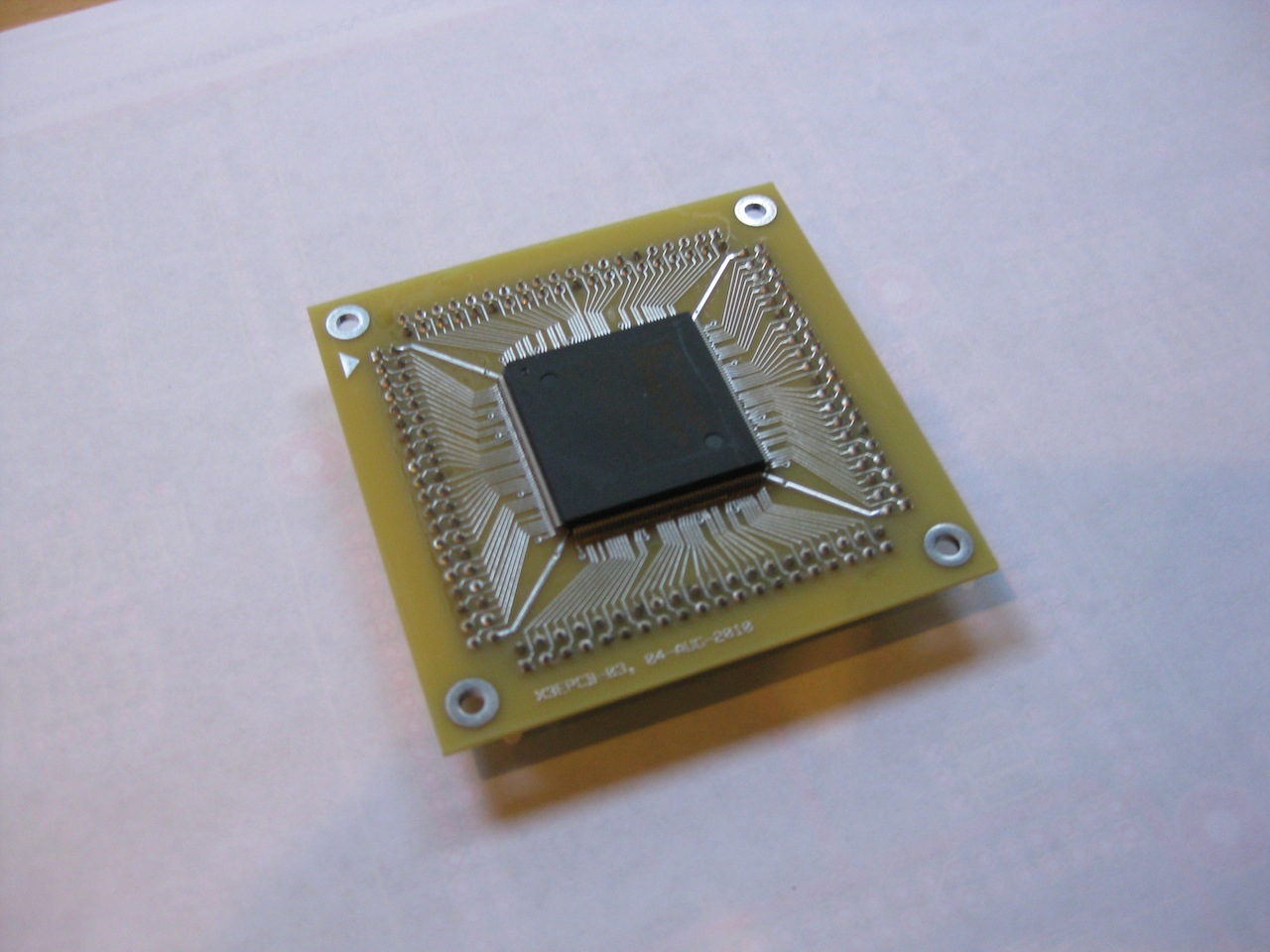 This generally means capacitors left and right of the chip are horizontal, while capacitors above and below the chip are vertical. However, sometimes it is convenient to have capacitors near the corners placed diagonally, like several of the capacitors connected to pins near the upper-left corner of this Xilinx FPGA: 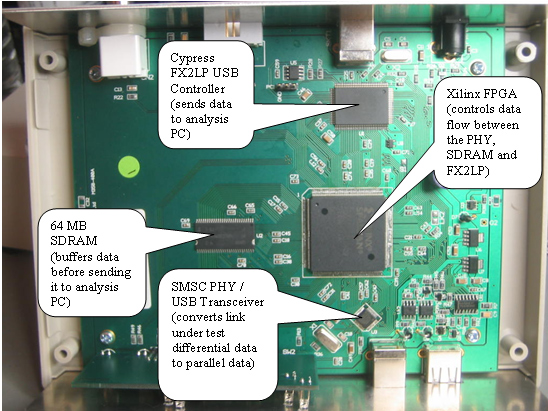 Some BGA packages force us to put capacitors on the opposite side of the board, directly underneath the chip, as described by Peter Bennett. Since I haven't yet used such high-density BGA components, I find that keeping all the surface-mount components on the same side of the board typically reduces costs.

I personally find it much easer and takes less time to 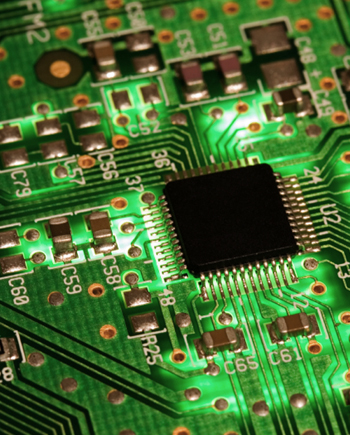 Not the answer you're looking for? Browse other questions tagged power pcb pcb-design bypass or ask your own question.

1
Power supply positioning in PCB design
6
Do packages have to be centered in eagle to export valid pick and place data?
2
Are copper pours hidden by default in EAGLE?
0
Should I spread the pads out on the footprint of a THT LED?
1
Creating a slotted & plated through-hole in EAGLE: where to draw milling outline
1
Representing Heatsinks on board layout
0
Trace fork for bypass capacitor OK? Why?
7
PCB routing: isolate through-hole pins to force routing through decoupling capacitors?
0
Should there be keepout zones between ground pins and ground fill?