Could a significant amount of electricity be generated from public hand-operated generators?

So imagine you're at a bus stop at a train station. You're bored and have got nothing to do. So you see a big crank-handle sitting there doing nothing, and because you're bored, you decide to spin it for a bit. The crank is connected to an electrical generator, and when you turn it, it outputs free electricity, that goes into the Grid, or wherever it's needed. Then imagine that these generators are everywhere where there are people: transport stations, shopping malls, etc. There's no requirement or reward from turning the crank, but you can imagine how many bored people or children might want to spend a bit of time playing with it, and in doing so they're making free energy. There might be ways to incentivise using the generators too, for example by keeping a counter of how much power has been generated by that station (to gamers, it would be like levelling up a new skill!)

My question is: could this be a feasible and cost-effective plan reducing the amount of non-renewable energy? Obviously it wouldn't displace non-renewable energy, but do you think that, if done on a large scale and in places where lots of people would be likely to use it, it could generate enough electricity to be useful? Could a hand-operated dynamo even power a house? Or are we talking barely enough energy to power a lightbulb?

In a previous incarnation I designed electronic load controllers for Taiwanese manufactured exercise equipment (bikes, ellipticals, rowers,...).
I am interested in developing country off-grid energy provision and have examined every conceivable (to me :-) ) energy source and a few inconceivable ones.

Exercising for 1 hour at 40 Watts - worth 1 cent of energy - is a doable but significant task for modestly fit individuals.

I'll note the value of various actions in cents for one hour of input - like this [[3c]] assuming the above value per Watt hour. Adjust assumptions to suit.

Supermen can operate semi-continuously at many hundreds of Watts. A figure of 1 HP (about 750 Watt) was given for the Gossamer Condor / Gossamer Albatross man powered flying machines, but the mean power level was much lower.
I've been told that some people can produce around 500 Watts semi-continuously [[12c]] in gyms but that is higher than I'd expect. At one stage I could produce around 500 Watts for under 10 seconds and then need a long break to recover.

A fit average person can produce 100 Watts with leg power for one hour [[2.5c]] and really know they have been exercising.
At 50 Watts over one hour [[1.25c]] the effort is still "annoying" but more bearable.

Plastic hand crank dynamo lights are poorly made and inefficient and make around 1 Watt with extreme effort maintainable for minutes at best by most people [[0.025]].

A direct drive hand cranked alternator (such as can be made from a "smart drive" F&P brand BLDC washing machine motor and other equivalent motors ) can be operated at 5 Watts indefinitely by a dedicated user [[0.125c /hr]] - more annoying than hard. Operation at 10 Watts [[0.25c/hr]] by hand is much more demanding. At my moderately advanced age I could probably provide 10 Watts over 1 hour and be very pleased to be able to stop.

A pedal powered alternator system could probably be sold in substantial volumes at a retail cost of under $500. Much less if it mattered. If this was operated at 50 Watts out average (see below) at about 1.25c/hour of energy provided it would take $500/$0.0125 = 40,000 hours of pedalling to break even on energy value alone. If the cost was $100 and power was 100 Watts then it would take "only" $100/$0.025 = 4000 hours to break even on energy costs alone relative to grid energy costs. In most cases the user would be self heating. The costs of housing, maintenance, administration, security, operation, .... are on top of that basic cost and are liable to dominate.

This suggests that using person-sourced energy is not economic where grid based power is available at normal cost levels except perhaps in very special cases where a pool of capable users are willing to provide substantial energy input for long periods at no charge. A gym might be an example of the latter special case.

In developing country environments where grid electricity is not available, variations on this theme are potentially viable. Children's playground equipment is used to pump water from children provided play-energy. A high energy input system would be eg a "ride" where a user steps into a carrier and carries it down against gravity - either vertically like a lift or semi-horizontally like a "flying fox". Maximum recoverable energy is probably around 50% in a good system.

However, if the 500 W.s of energy was used to provide lighting at (with care) 150 lumens/Watt you'd get 75,000 lumen seconds or about 20 lumen.hours per ride. 20 lumens is enough light to allow a person to study or to illuminate a small market stall or to prepare food by, or ... .

Using my calibrated eyes - somewhat old and certainly less good than most 'young' people's eyes - in conjunction with 'real' instrumentation, I've investigated what light levels and other attributes are bearable / acceptable / nice / marvellous ... .
For the majority of people, 20 lux is enough to view pictures in colour and to read newspaper size print at an acceptable distance. Brighter would be nicer. Even 30 lux is usefully better, 40 lux is significantly better and 50 / 100 / 200 ... is nice to have but usually unnecessary. (The surface brightness of a typical modern LCD screen displaying a pure white image at full brightness is typically about 300 lux)

So ONE child ride as above provides enough energy for an hour of useful albeit limited lighting. More lumens is better.
Want to take a free ride, children ...?

So - in western applications where grid sourced energy is readily available the provision of user sourced energy is not liable to come close to competing with grid based energy on an energy value basis. In terms of health, social impact, fun and interest value, it may.
In locations where grid power is not easily accessed, such as a campground toilet, the use of a good efficiency user powered energy source (such as eg a foot treadle driven alternator for lighting) may have a real place.

A gbarry points out - "shipwrecked in a lifeboat" is an ideal off grid location to have hand crank power available. 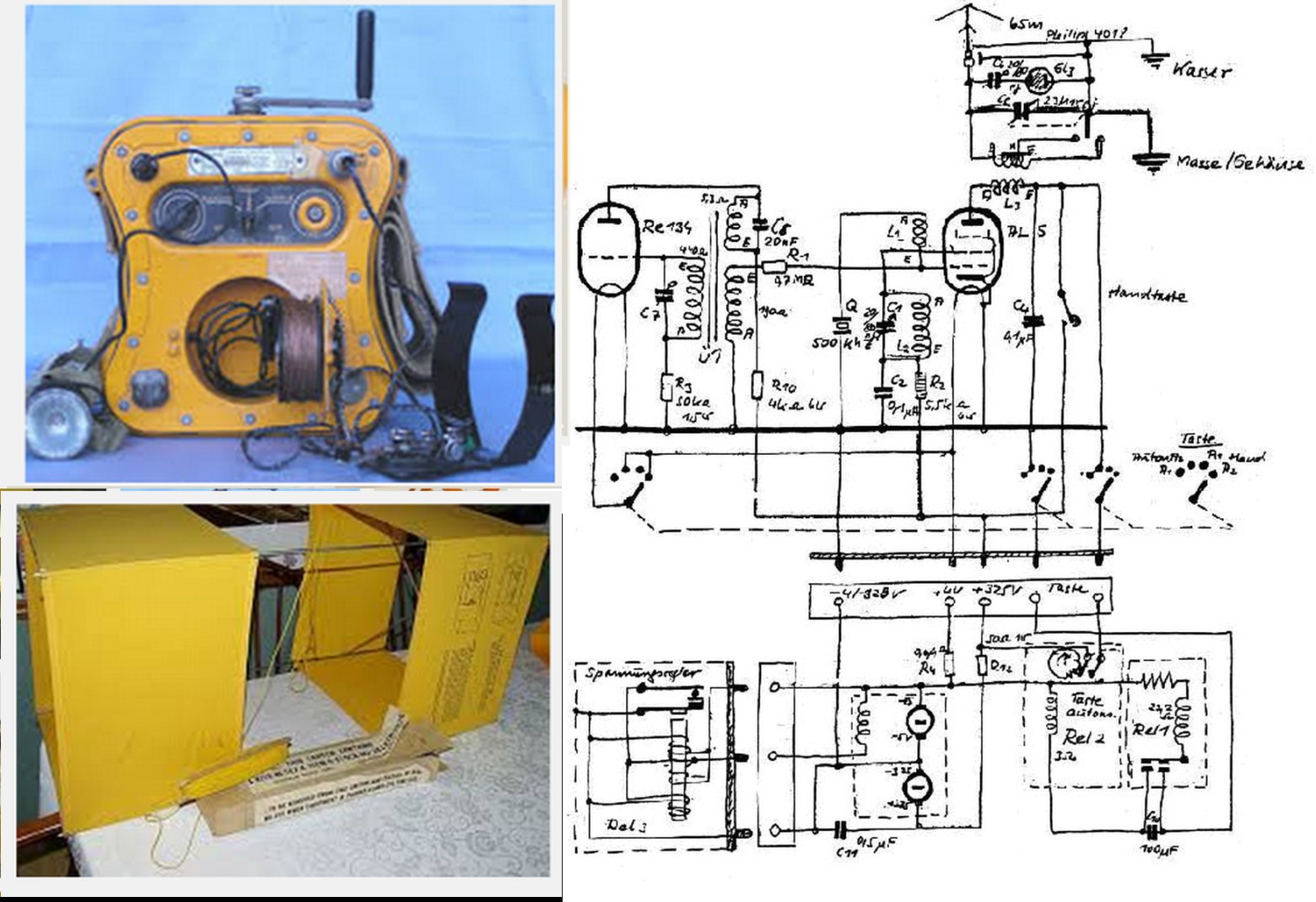 Excellent writeup - related to a sample in my home city, as it happens.

A really good cyclist generates about 500 watts at maximum power. Normal people would be lucky to get 100W steady state. Hand dynamo's would give even less than that. You can buy a 100 Watt incandescent light bulb. If you really had lots of people that were bored and needed to get in better shape, it'd be a great way of adding a bit of electricity to the grid.

Overall though, they would eat more food, which would use more electricity to make. If we're after a more fit society with a side benefit of a little bit of electricity, yes, it is a good idea. If you're after offsetting a huge amount of renewable energy, then no, there's no way it's producing more energy than the people would consume through the production of more food. Animals are very inefficient machines. Plants are just as inefficient. Extremely rough example numbers: 5% efficient animals * 5% efficient plants (converting sunlight to food) results in 0.25% efficiency total. You're much better off with a 5-20% efficient solar cell than you are trying to use humans to offset renewables.

Another thing to keep in mind is the cost of engineering, manufacturing and maintenance of these hand dynamos. It probably wouldn't even be cost effective.

In the western world, around ten times as much fossil fuel energy is used in agriculture as the food energy it produces, depending strongly on whether the human eats meat or not. Any attempt to use human energy where the human is not a vegetarian subsistence farmer is liable to increase the dependence on fossil fuel rather than reduce it.

Cycling is a win because it uses much less energy in total rather than because the energy is not derived mostly from fossil fuels.

Not the answer you're looking for? Browse other questions tagged generator electric-machine or ask your own question.

8
Physical effort in outputting 5V 1–2A?

11
The electricity grid: what keeps small power generators from being 'driven' by large ones?
0
What happens to the generator if we don't consume the generated electricity from generator? Only theoretical explanations, please