I have 20 x 3 Watt LEDs and have a 80W constant voltage (not constant current supply). I originally wired this up with 5 sets of series string of 4 LEDs from my 12V supply, however I have been told that I need to limit the current. I don't really want to change the supply and wondered if I could add a very low Ohm resistor to each string to regulate the current?

This is a schematic as it now is? If I added say a \$1\Omega\$ resistor before each of these LED strings would this do a good job in regulating the current?

Alternatively could I maybe use one of these on each string 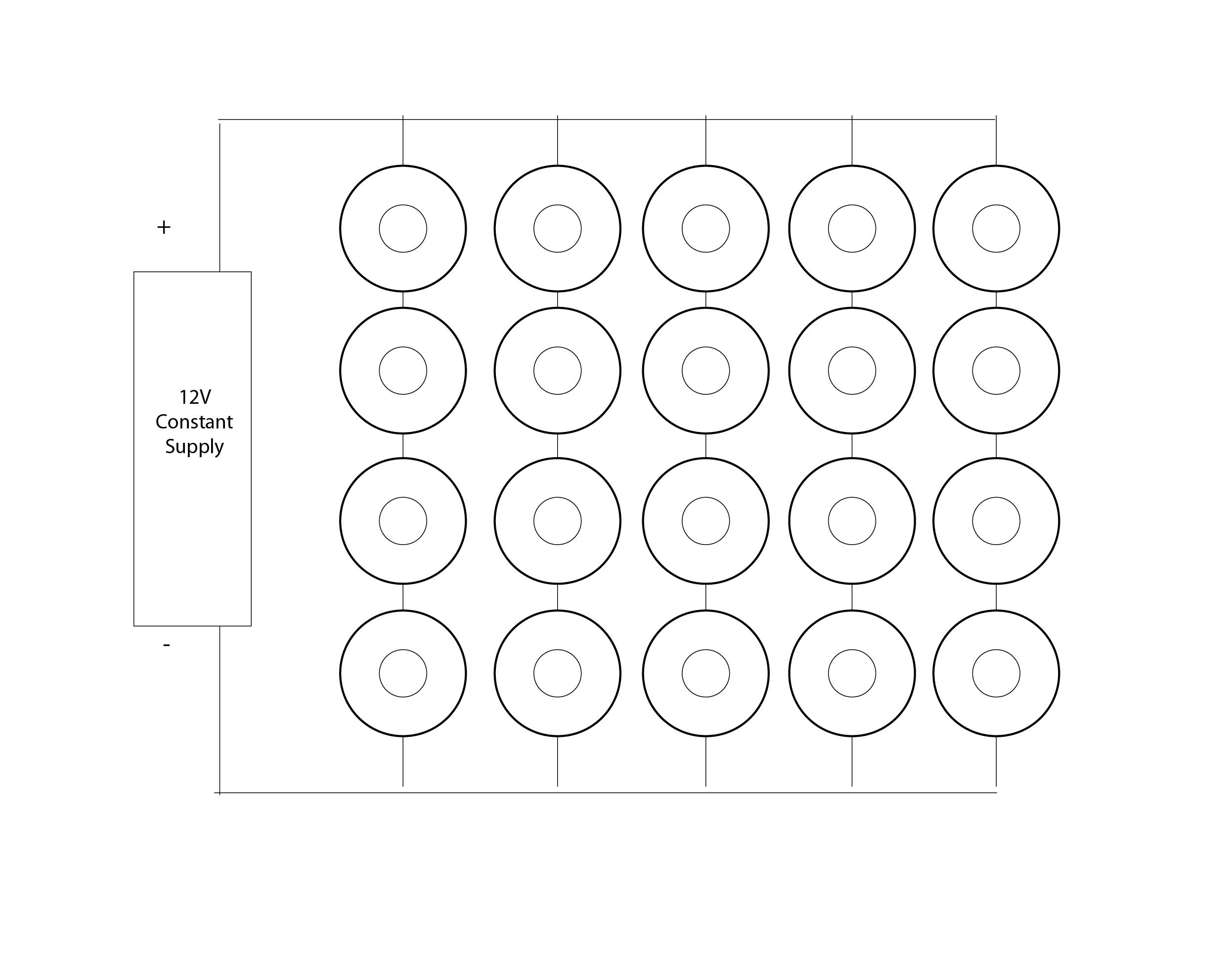 The data sheet states that with the LED dissipating 2.63 watts, its forward voltage, Vf, will be 3.5 V, which corresponds to a forward current, If, of 751 mA.

That says that with 751 mA through the LED its Vf can lie anywhere between 3.5 and 4.5 volts, a caveat being that the LED's absolute maximum If is 750 mA.

Since the LEDs are going to be used as aquarium lights, there's probably no reason to blind the fish and run the LEDs on the hairy edge of their own demise.

The If VS Vf graph on Ebay, for the LED, shows that with an If of about 400 mA, Vf will be about 3.5 V, allowing the LEDs to dissipate a much more comfortable 1.4 watts each.

Going that way means that you can wire three LEDs in series for a total of 10.5 volts across the string, and drop the remaining 1.5 volts from the 12 volt supply with a 3.75 ohm resistor in series with the string. The resistor will dissipate 0.6 watts, so a 1 or two watt resistor would be a good choice.

A nice metal oxide 3.6 ohm 2 watt unit is readily available, and would up the current through the LEDs a little, but would be fine for the application.

If the 3 X 6 array would work for you, then the supply would have to put out 2.4 amps at 12 volts, which is about 29 watts, well within its capabilities.

If you absolutely have to use all 20 LEDs, then you could connect the last two in series with a 12.5 ohm 3 watt resistor and wire that string in parallel with all the others, increasing the load on your supply to about 34 watts. 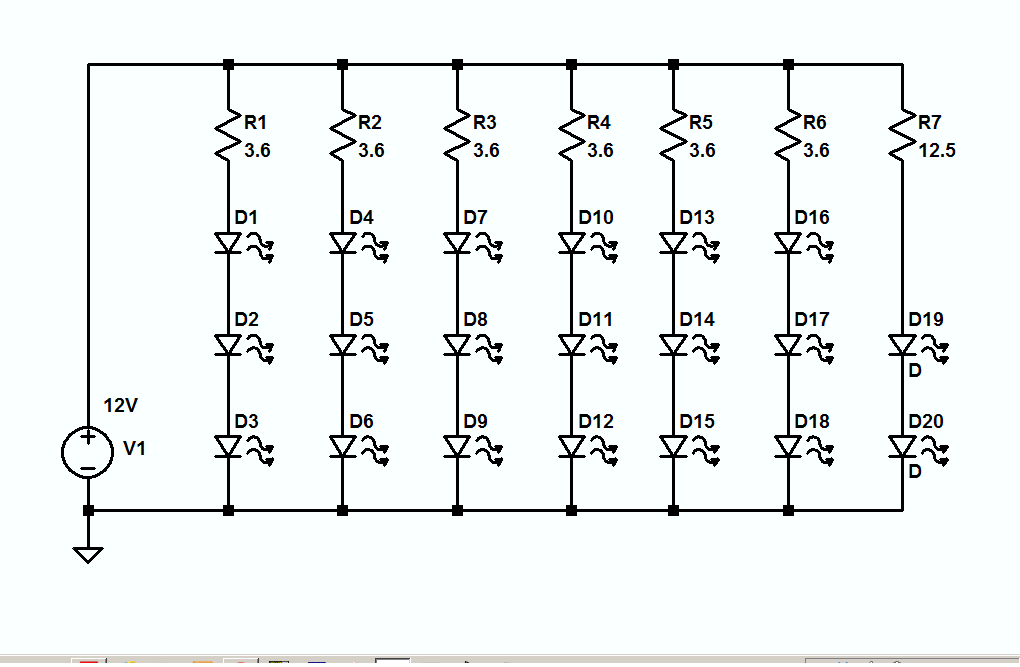 Yes and no. Yes, you can add a suitable resistor, calculated the same as for a single LED, just sum the forward voltages.

NOTE: CALCULATE THE REQUIRED POWER FOR THE RESISTOR - you don't want to set fire to the resistor...!

A resistor is not recommended for high wattage LEDs as the resistance changes with heat, and at that wattage there will be a lot of heat about.

You really should consider either creating a constant current source, or using constant current sinks (note: for the latter you can keep your existing supply, just add the components to each chain to limit the sink current).

For example, a couple of circuits I found on another question on this site: 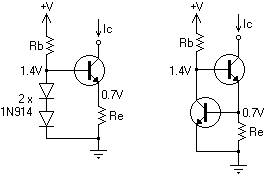 There is more than one correct answer to the stated requirements.

Not the answer you're looking for? Browse other questions tagged led resistors voltage-source or ask your own question.