I wanted to buy an opamp for experimentation. I ended up with LM324. I searched the web and they come in different packages.

For example, take a look in these two pictures. 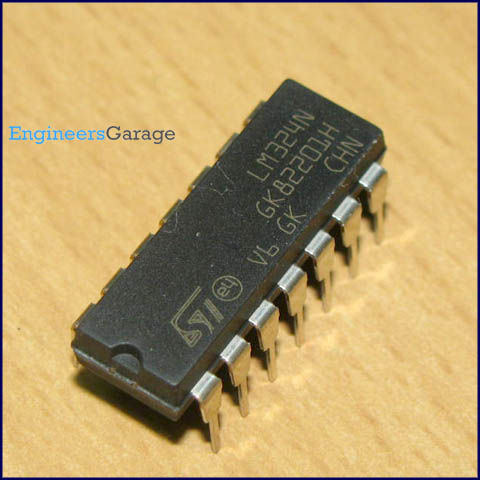 What's their difference? The one is through hole and the other SMD?

Now with more search I came up with so many different terms. DIP, SOP, SMD...

When you want to take your project from the breadboard to PCB, what do you use? What is what and which is which?

Is there a tutorial for reference for all the different parts, when to use each, advantages/disadvantages etc.?

I have written a few articles regarding the various aspects of different packages. Keep in mind I wrote these when I was in my 2nd year of university so the title may be off but the information has been useful to thousands of people.

IC Packages Just lists some of the most common packages used for various parts. Some vendors, like TI, use these packages but will name them something else. Why, I don't know. This should probably be titled something else but it has helped many people nonetheless.

SMD Packages Also goes over some of the most common packages. This is a bold statement but I would say there are a much more diverse amount of SMD packages over IC and through-hole parts. So with that said, don't be surprised to come across a package you haven't seen.

These articles really just cover the different form-factors I guess. There will be variations across all of them, such as missing balls on the same size BGA, different pitch, etc..

When you move into your final design or you want to switch from development to a prototype, you can use either part you want. The SMD parts sometimes have different thermal characteristics, and are usually smaller than the development versions (another bold statement).

Which one you choose is entirely up to you and is based off of how you plan on assembling the next version of the product and how compact you want this product to eventually be.

Nowadays there are many different package types, and more keep popping up. This is mostly to get the same chip into ever smaller spaces.

Fortunately, there are a few basic ones that will be good enough for most things if you are a hobbyist. The top picture you show is a DIP (Dual Inline Package). These have old fashioned pins that go thru the board ("thru hole"), usually at .1 inch pin pitch. Your second picture seems to be a SOIC (not worth knowing what it stands for). It is one of the larger SMD (surface mount) types, and therefore easiest to handle. This is the preferred package for hobbyists since you don't have the hassle of thru holes but they are easy to solder. The pin pitch is 50 mils, or half that of a typical DIP.

There are many other packages, some largely standard, but some are unique to a particular vendor or different vendors give them different names. The best thing to do is to look at the datasheet of whatever device you are using. It should tell you the packages that the device is available in. However, that only tells you what is possible, not what you can get. Before designing with any part, go to a distributor like Mouser and check availability. Sometimes there just isn't demand for a particular part in a particular package, so nobody bothers carrying it, or they give you long lead times and/or require a minimum order quantity. Check stock before you paint yourself into a corner.

Not the answer you're looking for? Browse other questions tagged surface-mount packages dip or ask your own question.

5
Standard packages for compact SMT crystals
2
Why are SMD Diodes different Packages than Resistors and Capacitors?
1
Help Identifying this chip (ATH342)
0
Why do single op-amp DIP packages have 8 pins, rather than 6?
1
Why are 40 pin and above DIP packages generally wider than 28 pin and below
0
identifying a SMD chip: A44 66P2
4
How to name SMD packages in my Pick&Place library
1
Dual Inline Package and Chip