EDIT: What is the maximum resistance that can be put in series with an input to the PIC.

Edit: Microcontroller is to read digital inputs in an EMI and ESD prone environment and I want to clamp both negative and positive voltages in the range of about -0.3V to (VDD + 0.3V), this range is provided in the datasheet under Electrical Characteristics.

I am using this PIC24, I think this has something to do with leakage current but I am not sure.

I think what you want to know is the maximum resistance that can be put in series with an input to the PIC.

Let's suppose that you're happy with TTL levels of noise immunity (400mV). The minimum voltages for an input to be accepted as a logical 1 or 0 are defined here: 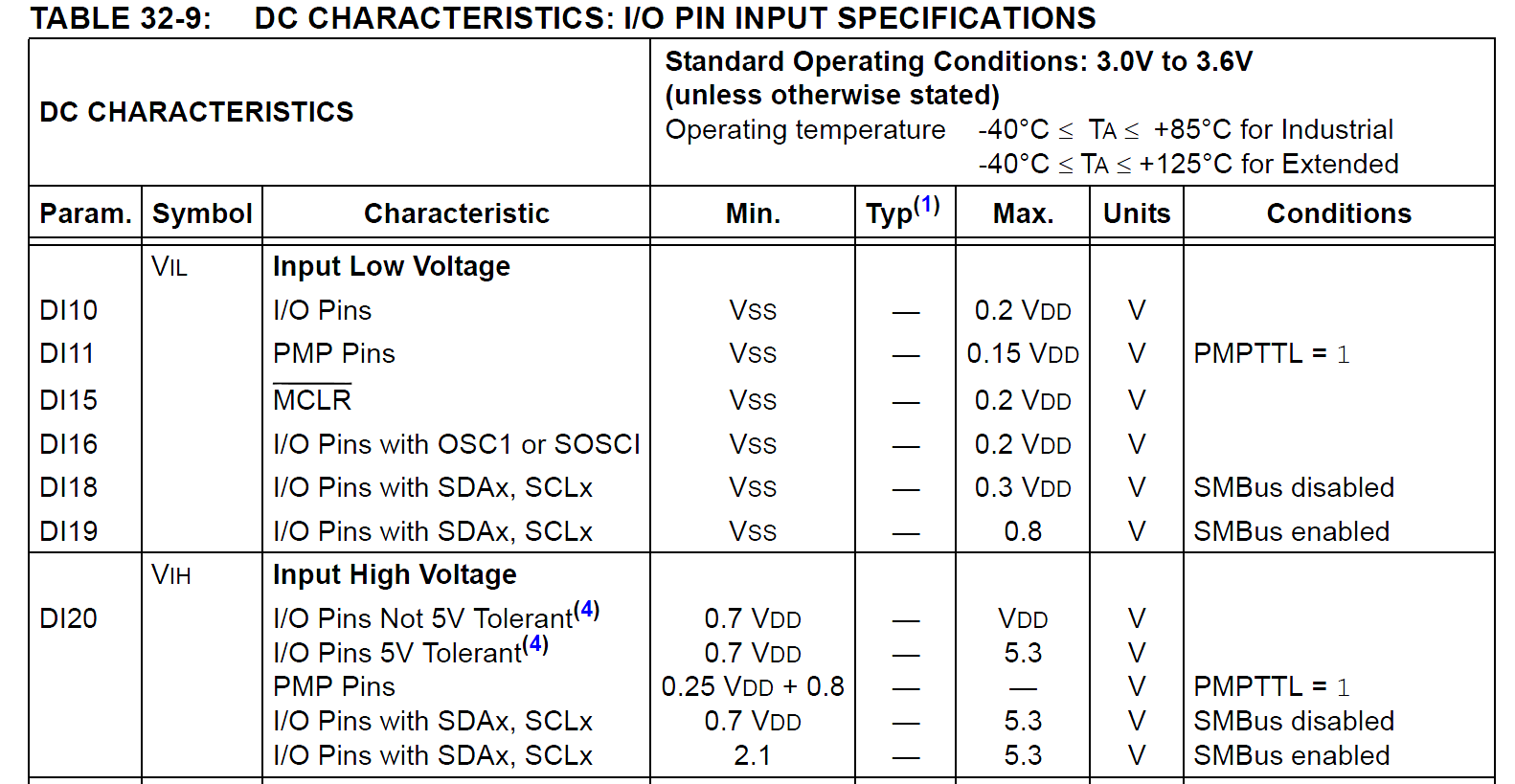 Now refer to the leakage table on the next page of your datasheet: 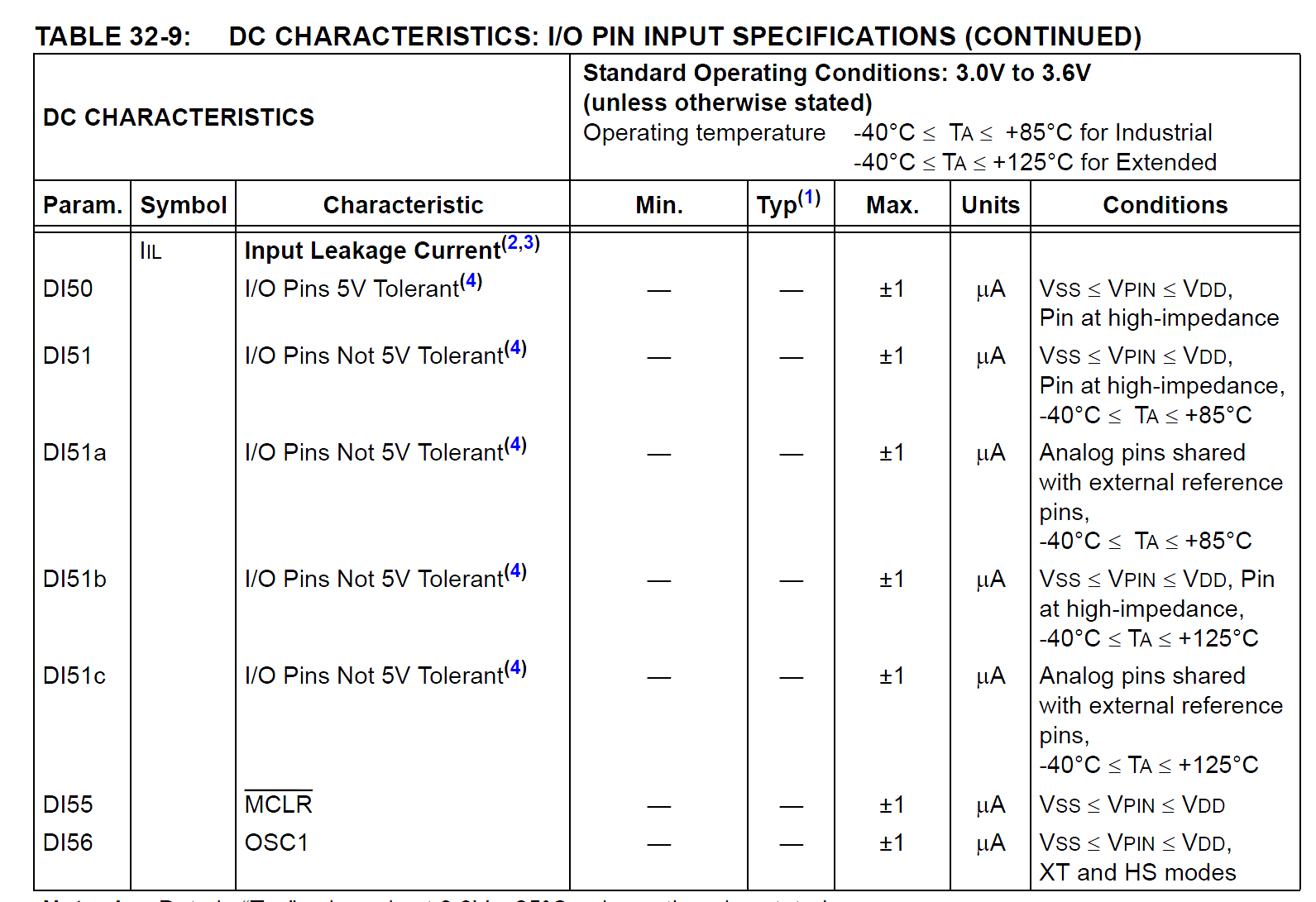 Without worrying about all the distinctions here, if the temperature does not exceed 85°C (should be junction temperature not Ta, I think), then the current will not exceed 1uA.

So the maximum resistor you should put in series can be found from GS Ohm's law- 200K. With such a large resistor you'd probably also want a small cap like 1nF to ground on the input or an RC of 1K series with the input and any size of capacitor you like between the 200K/1K junction and ground. With the PMP pins, the value goes down to 50K.

Not the answer you're looking for? Browse other questions tagged microcontroller pic leakage-current or ask your own question.

3
What PIC microcontroller can interface with an ADXRS800 gyroscope with SPI output?
8
Can you choose any crystal for a PIC Microcontroller?
7
PIC - How to skirt around low maximum ADC input impedance?
3
Internal pullup for input in PIC microcontroller
1
How to use HX711 module with PIC microcontroller?
6
Intermittent MCLR reset on PIC32 - involves switching electromagnets
1
Maximum CPU Frequency of PIC24FJ256GA705 That I Can Get with 8MHz Crystal
3
Having a problem programming the UART and the PPS for my PIC24F