How to modify this circuit for variable clipping without affecting gain?

Below is a basic implementation of a circuit used to clip an incoming signal using the diodes in the feedback loop of the op-amp. Since the diodes are different they have different characteristics, specifically Vf which causes each one to start conducting at slightly different voltage. The diodes are also placed in opposite to each other so one may conduct on the positive half of the wave and the other on the negative (given the input signal and gain product is high enough).

Each one of the diodes will start conducting when the voltage between the inverting input and output of the op-amp exceeds its Vf.

I would like to modify the circuit so it would behave in the same manner but I will be able to control the DC offset at one end of the diode.

For example, you can see that the input is bias with a 5V DC voltage, so a diode starts conducting when the voltage reaches 5V + Vf. I would like to be able to adjust the bias voltage over a small range so that a smaller signal and gain might cause clipping or the other way around.

I would like to do this without moving the diodes outside the feedback loop. I tried inserting a simple series resistor after the didoes and it seems to me that by altering the value of the resistor I can obtain the effect I want but in practice this does not work well enough and interfere with the gain of the circuit which I don't want to change because of the diode adjustments.

I'll appreciate suggestions if this is possible. 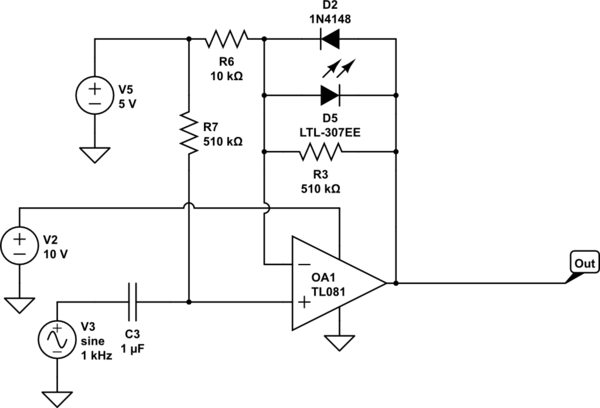 OK so here is the circuit suggested in an run-able and edit-able version :) 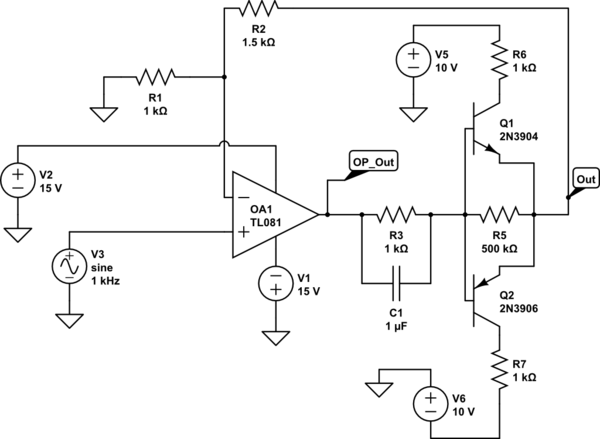 How to provide a variable clamp while keeping OPAMP gain the same. 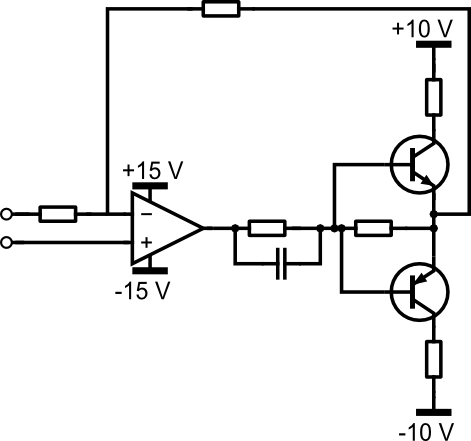 You can also use front to back Zener diodes in the feed back path. Described in detail by Bob Pease here.

Not the answer you're looking for? Browse other questions tagged operational-amplifier diodes voltage-clipping or ask your own question.

3
How does this OP-AMP offset voltage measuring circuit work?
1
Small detail about the super diode circuit that bugs me
2
How to null offset on op amp without affecting gain?
0
OpAmp circuit with diodes: conduction conditions
2
MOSFET voltage follower for non-inverting op-amp biasing
0
Clipping negative voltage with resistor divider as load
1
How to determine the gain of this OP AMP circuit?
2
In closed loop configuration of op-amp,what happens to open loop gain?
1
Diodes in an op-amp feedback