Is it possible to use a ULN2003A Darlinghton array instead of multiple TIP120 transistors?

Looking at the datasheets, I'm not sure their specifics match;
TIP127 and ULN2003A

My intention is to do something like this, but with the ULN2003A, that I have already: 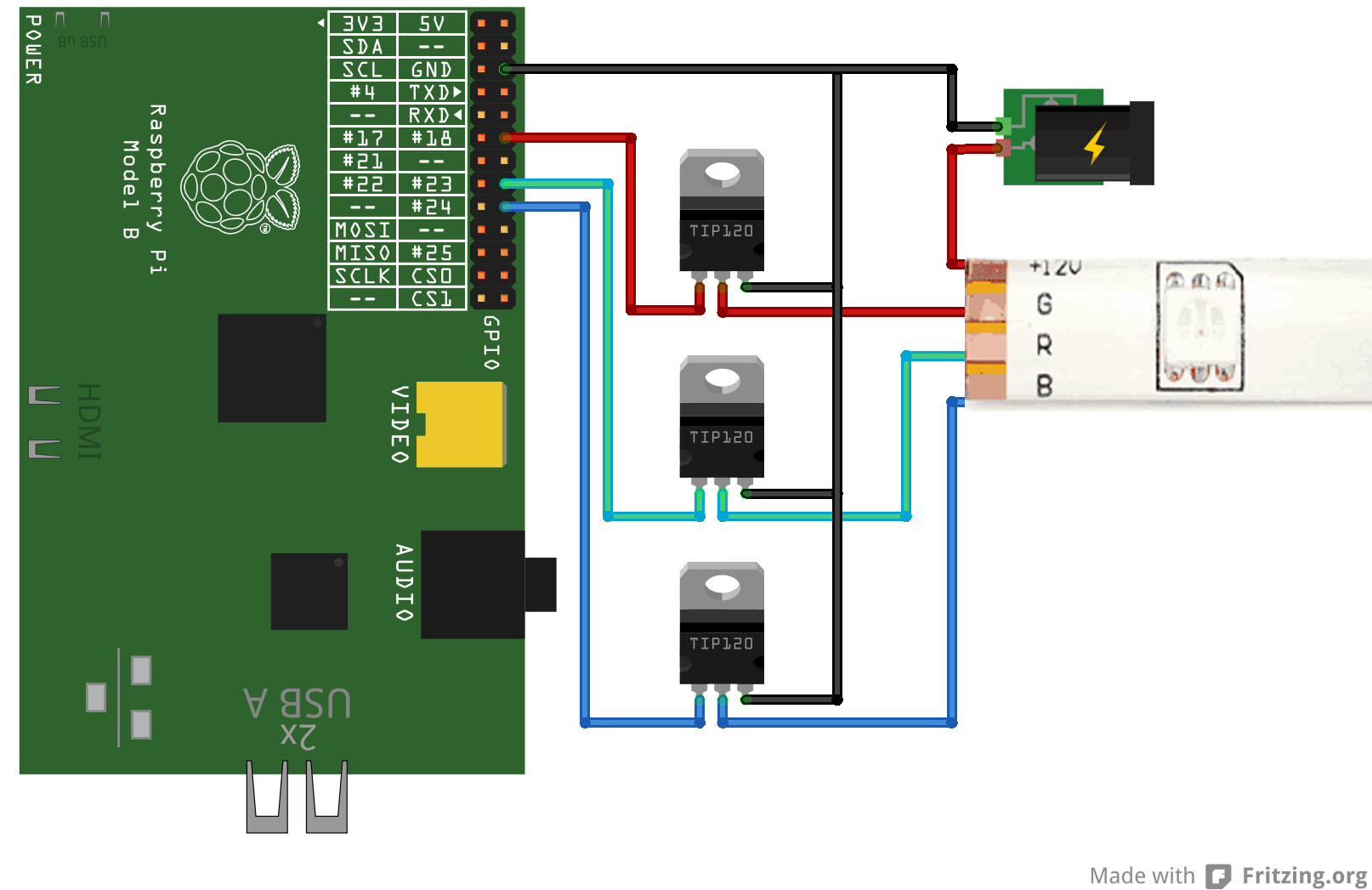 The reason why is that I want to remove the provided driver/power supply (5V 12V, driving 6 LEDs 0,25W each) and use PWM with the RPi to dim the strip's leds (using an external 5V power supply). I've already done this to regulate a 12V fan (but I understand this is another story).

For the most part, yes, the ULN2003A will work in this circuit, but with some caveats.

The VCE(sat) is slightly higher for the ULN2003A vs the TIP120, which means the LEDs will have slightly less voltage across them (and so slightly dimmer). But that may not matter for your application.

My biggest concern is the total current through the ULN2003A chip when all three LEDs are on. Figure 14 of the datasheet shows the maximum current you can drive through each of the Darlington pairs. As you can see, if you have all three LEDs on at 100% duty cycle, each color can only draw a little more than 150mA. That's 450mA total. Any more than that and the chip will overheat. It's important to get a handle on how much current your LED strip pulls. 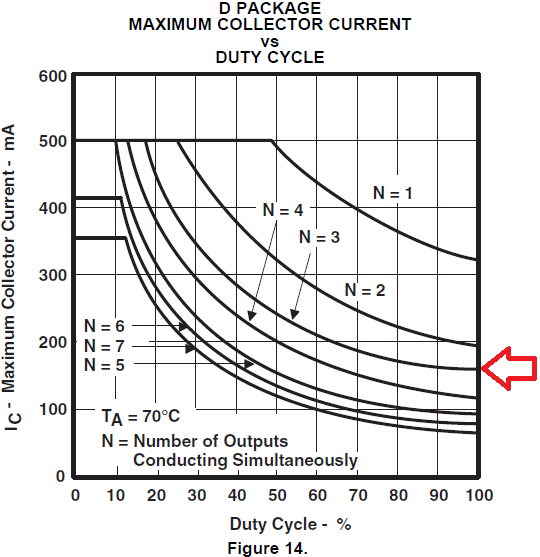 If, as you said in your comment, the strip is 1.5W with a 12V power supply, then presumably that translates to 125mA total. If that's true, you're probably ok then.

EDIT: You indicated you're using a 5V power supply. Since your LED strip is sized for 12V, the LEDs may not even light up. Especially the blue LED. If they do light up, they'll be significantly dimmer than they were designed to be.

Achievable by a 3.3V CMOS output. Lower currents have a lower VI, which would be a good thing.

Your strip would need to be okay with 10.4V. Lower currents have a lower voltage drop (also good).

The common won't interfere, and actually won't matter since you're not driving an inductive load.

So once you know what current and voltage each component requires, you can decide if it will work for you.

Not the answer you're looking for? Browse other questions tagged pwm rgb led-strip darlington or ask your own question.

0
Drive a DC motor as the maximum speed with a Raspberry PI
2
What is the reason my ULN2003A overheats?
1
How to choose what a power supply to drive 2 x 10watt RGB LEDS?
3
Power MOSFET or Relay
4
How to localize cause of short circuit in proto board design?
0
Converting PWM to Constant DC for Power Applications
2
Why is my RGB LED strip passing current through the transistor?
1
What power supply do I need for my LED light strips?
0
Problems extending a 12V power lead to an RGB-LED strip
2
How to light on/off LEDs controlled by a LED driver?