How to receive INDUCTION communication at field strength of 3 dΒμΑ/m at 10 metres at 1MHz?

Is ferrite rod antenna (about 2 to 4 inches) a good choice, or best choice, to receive induction communication (both transmitter and receiver use coil antenna), given that the H (magnetic) field strength is 3 dΒμΑ/m at 10 meters at 1MHz? Directionality is no problem as antenna rod will be fixed and rotated for peak signal level.

Ferrite rod antenna (top left of photo) with LC parallel resonance tuning, has been used in medium wave radio (0.5 to 1.6MHz) since many years ago. Is that still the best choice nowadays, for radio and in my 1MHz application? 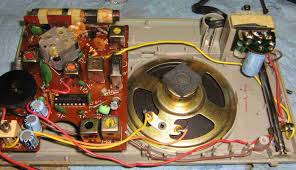 As receiver (small current), at 1 to 4MHz, what is the difference, in term of power derived from 3 dΒμΑ/m H field strength, between proper Litz wire and solid wire coil? 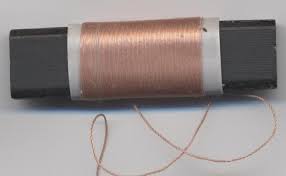 A ferrite rod does this: -

Generally, a ferrite concentrates the magnetic field that would otherwise have passed by the receive coil not yielding a signal. In effect it multiplies the cross sectional area of the receive coil several times. The effective flux density seen by the receive coil is significantly increased and it is a good ploy to use one in a receiver of around 1MHz. Ferrites are good for significantly higher frequencies too but their permeabilities reduce to avoid losses and their effectiveness at concentrating lines of flux are therefore also reduced.

Litz wire overcomes the problem of skin-effect that is a phenomena seen as frequency rises. If you are not taking significant power from the receive coil then it makes hardly any difference. Litz only comes into its own when current is drawn from the coil.

As an example of personally using litz wire, I had to induce a large current into a 1.5 metre diameter coil from a relatively small transmit coil (100 mm). I needed to pass 3 watts to the larger receive coil at a gap of about 40mm. The frequency was 600 kHz and the current in the transmit coil was about 15 A RMS (due to a tuned circuit) but in the end I had to go for litz wire on the transmit coil to reduce losses sufficiently to get the power across the gap.

Regards your example - it's in a tuned circuit and it is trying to maximize received signal (and hence Q) by using Litz wire. It's worth considering for your application but I doubt that conventional tags use litz wire because of the expense.

Not the answer you're looking for? Browse other questions tagged induction or ask your own question.