Short version (TL;DR): I need help troubleshooting the radio communication of an RC car that I made. Every 5s or so, the connection drops out and the car spends about 1s without receiving instructions from the controller.

I've removed all electronics (except the motors) from an old RC car (and its controller) from the 1980's and rebuilt it from scratch, mostly just to have fun and learn something from it. Here's a picture of a similar car: 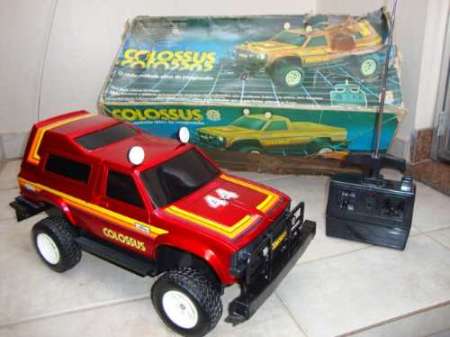 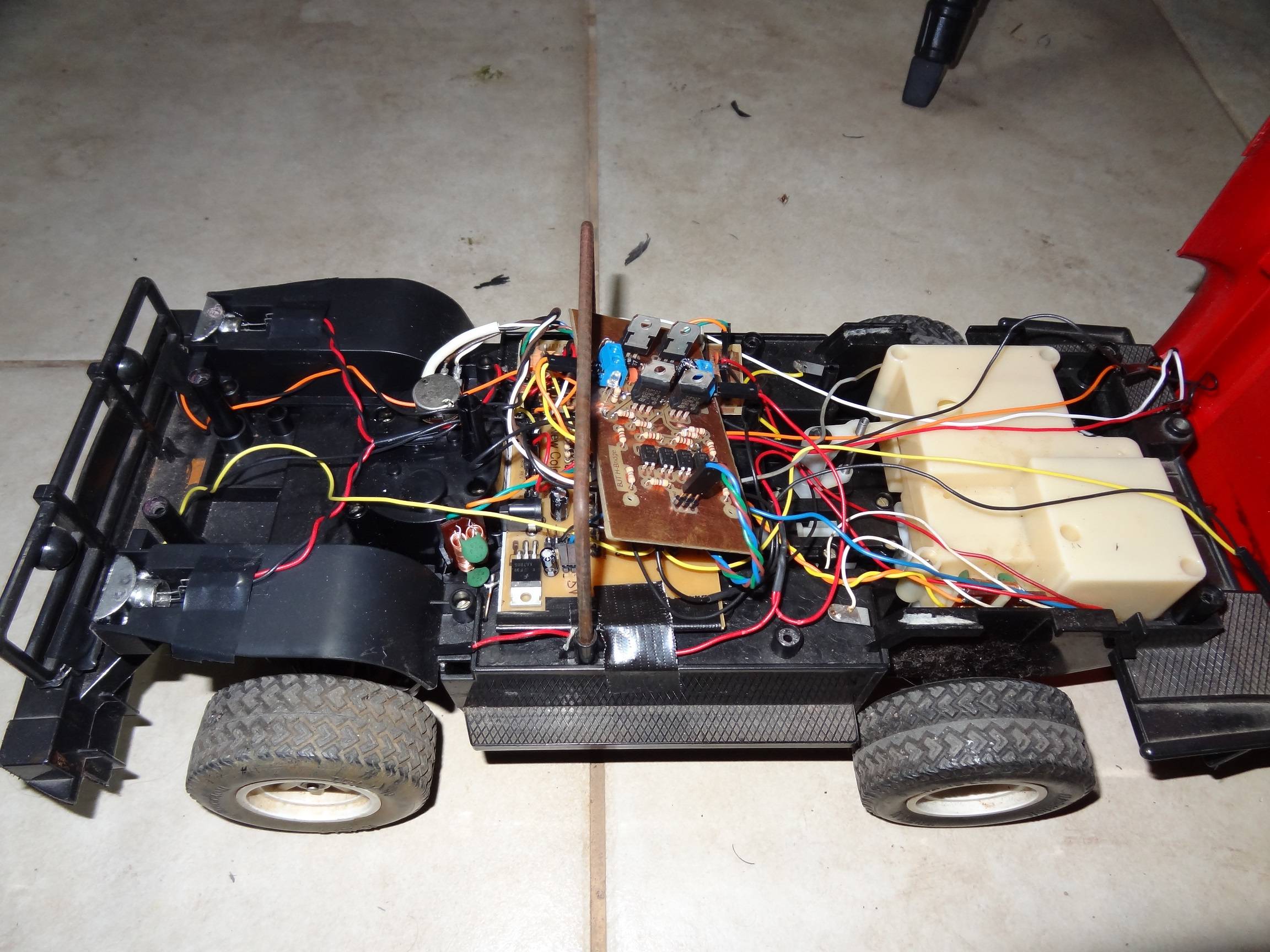 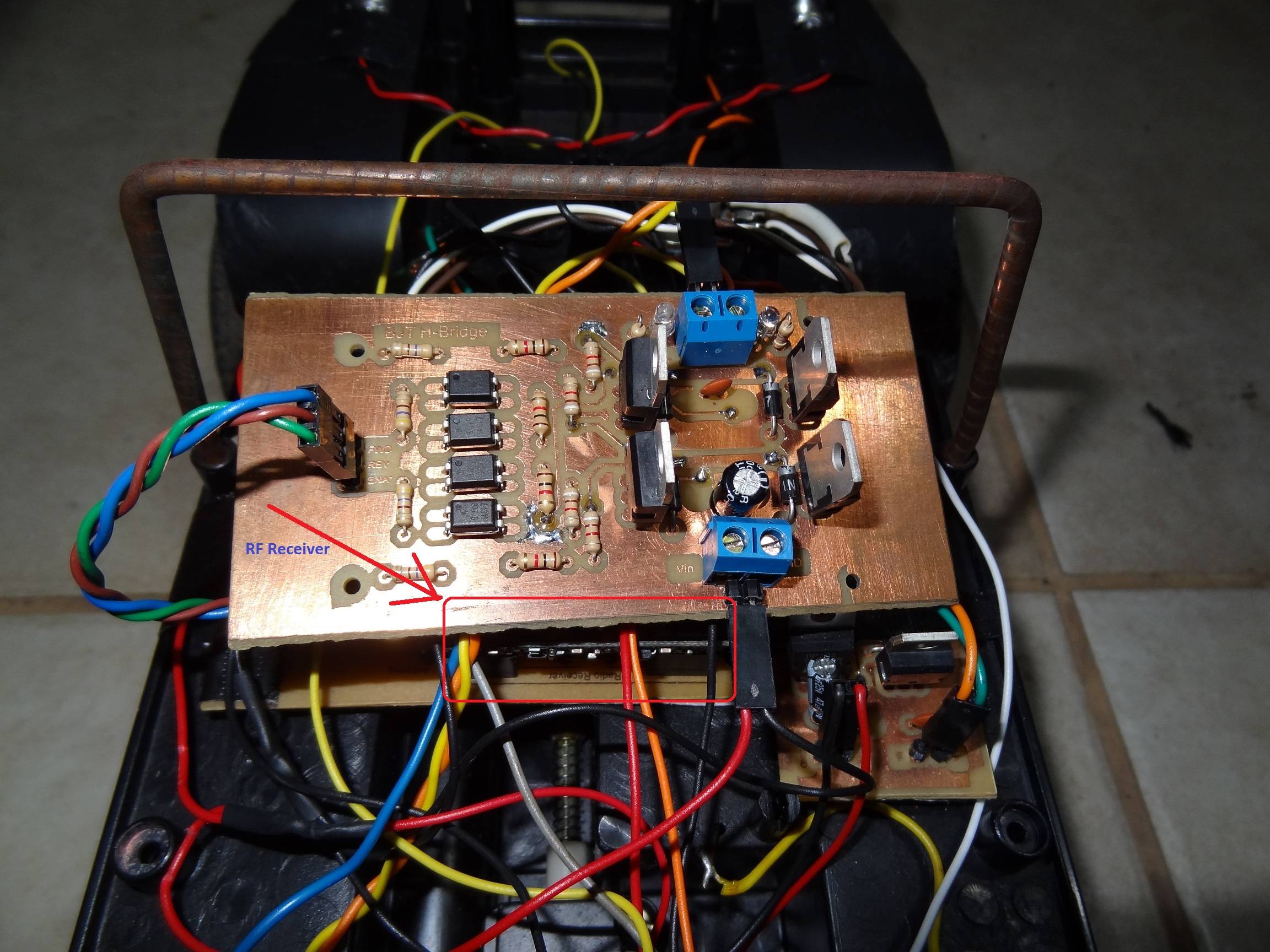 The car works just fine, except for the radio reception. Every 5s or so the connection drops for about 1s. Then, reception is back again and it runs fine for some more time. Then it all repeats. The end result is that the car runs in surges and sometimes it's difficult to avoid obstacles and such. I wanted to fix that, hopefully with your help.

The car has the following components:

Below are the board schematics and design. 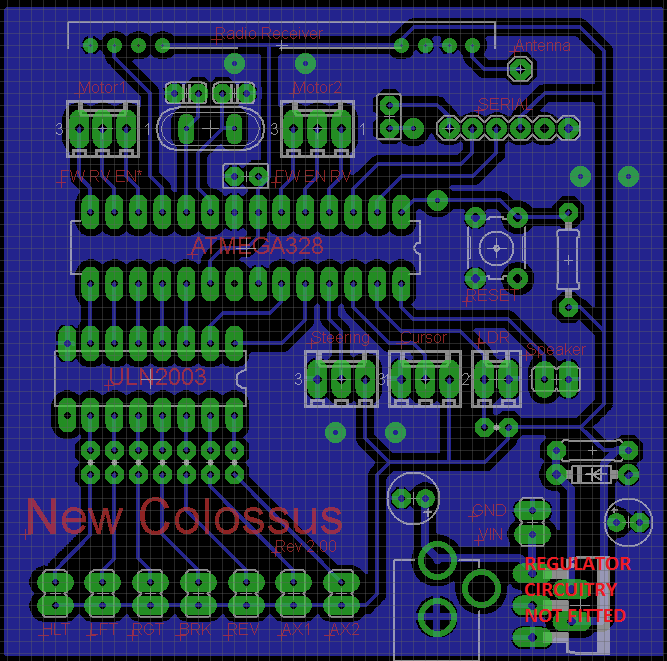 The controller has these components:

The controller schematics and board design are below. 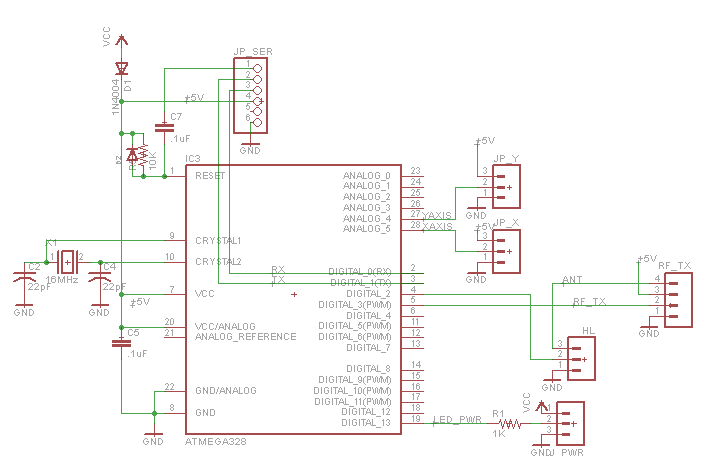 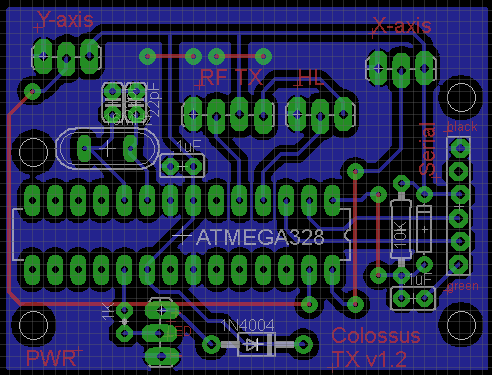 I made up a simple transmission protocol to send the commands from the controller to the car, which consists of sending 4 bytes:

The meaning of each byte is the following:

The controller sends this 4 byte package every 50ms using VirtualWire library at 2400 bps.

Besides the dropout problem, the car runs fine. I can control it within the area I have available (about 10m). I programmed it so that it will flash its reverse lights whenever it looses signal, so I can tell when that happens.

Here are a few things I tried and a few symptoms:

The RX and TX modules are very crude and do not feature an automatic CRC handling, so you should do it in software, along with some error correction coding.

Brushed motors generate EMI by arcing at commutator, so shielding and placing it farther from the receiver should help. Or get a brushless motor.

Not the answer you're looking for? Browse other questions tagged rf atmega remote-control or ask your own question.