Power supply for 144 LEDs in parallel?

I appreciate any help as I try to figure this lightbox project. I need to wire up to 144 3V (built-in resistor) LEDs from flickering tea lights (normally battery powered).

Not sure how many to wire in parallel for a 120V outlet, and what power adapter to get. Suggestions welcome. 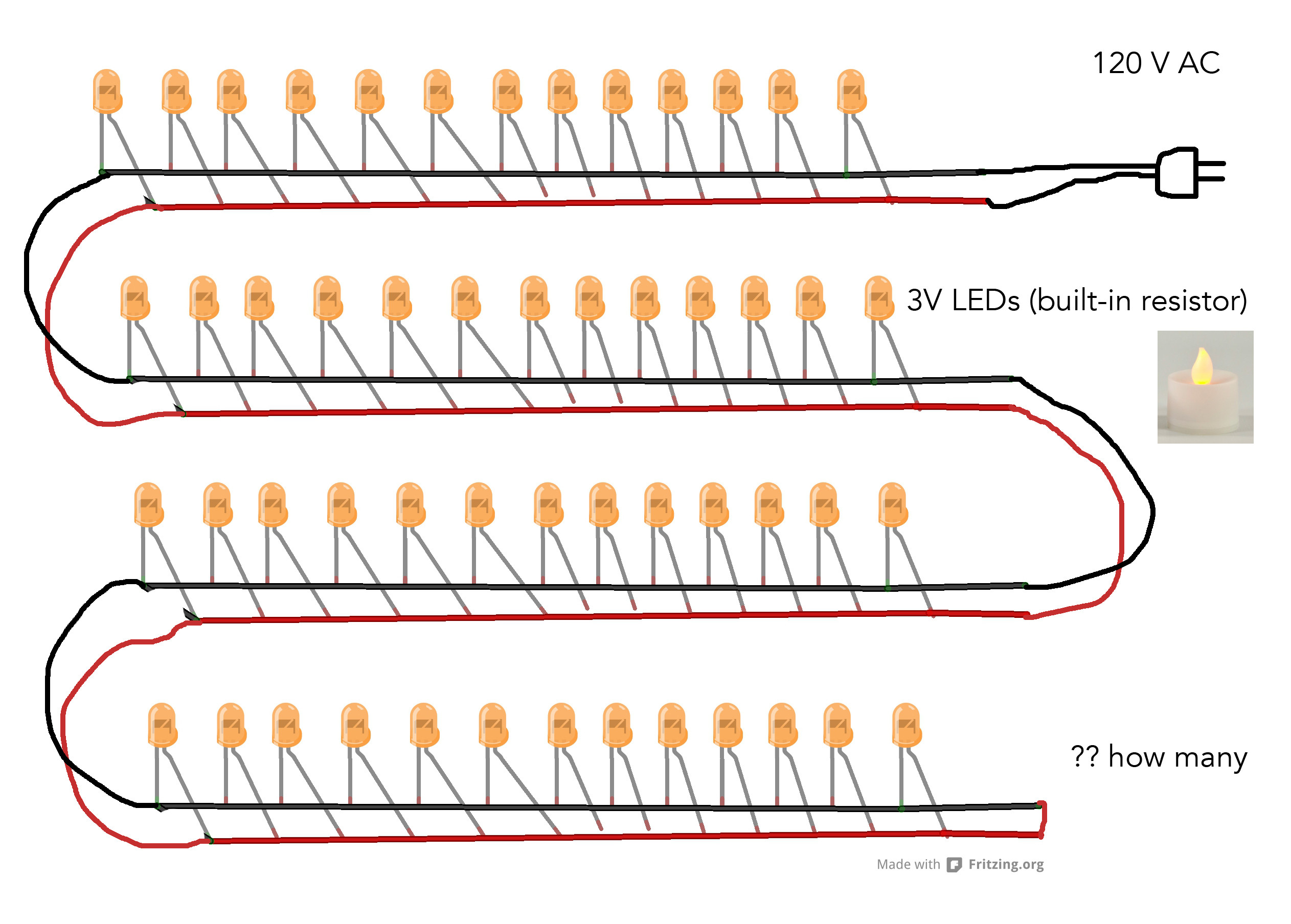 3V LEDs can't be wired in parallel and plugged into 120V AC socket.

They will all be destroyed.

This article "Hacking a Candleflicker LED" suggest that it might not be practical to wire a few in series either as they appear to modulate their power supply.

Edit:
You could drive them in parallel with a 3-5V power supply.

Edit2:
While we haven't got a datasheet for your tea light LEDs, you might want to compare them to this range of Candle Flicker LEDs to get their current rating.

For example, these Yellow 5 mm Clear Candle Flicker LED are rated at forward current of 30mA. They need a current limiting resistor on each LED. Some have quite significant forward current (abut 3x nominal), so decoupling capacitors would help. Also the power supply should be increased significantly to ensure it has some headroom.

I would build the chain in sections and test them using a multi-meter to measure current, to ensure it stays within the capabilities of a power source. Be careful when measuring current because the LEDs are not on all the time, so the reading might be wrong. Give yourself some headroom.

Also, you should account for voltage drop if this is going to be a long run of any sort. 40 ft of 22 guage wire would cost you 2 Volts for instance so you should consider running a 5V power supply to compensate if you are running any lenght. Here is a voltage drop calculator. http://www.calculator.net/voltage-drop-calculator.html?material=copper&wiresize=52.96&voltage=5&phase=dc&noofconductor=1&distance=40&distanceunit=feet&amperes=1&x=64&y=21

You have shorted all LEDs. This is not a parallel connection of the LEDs yet. 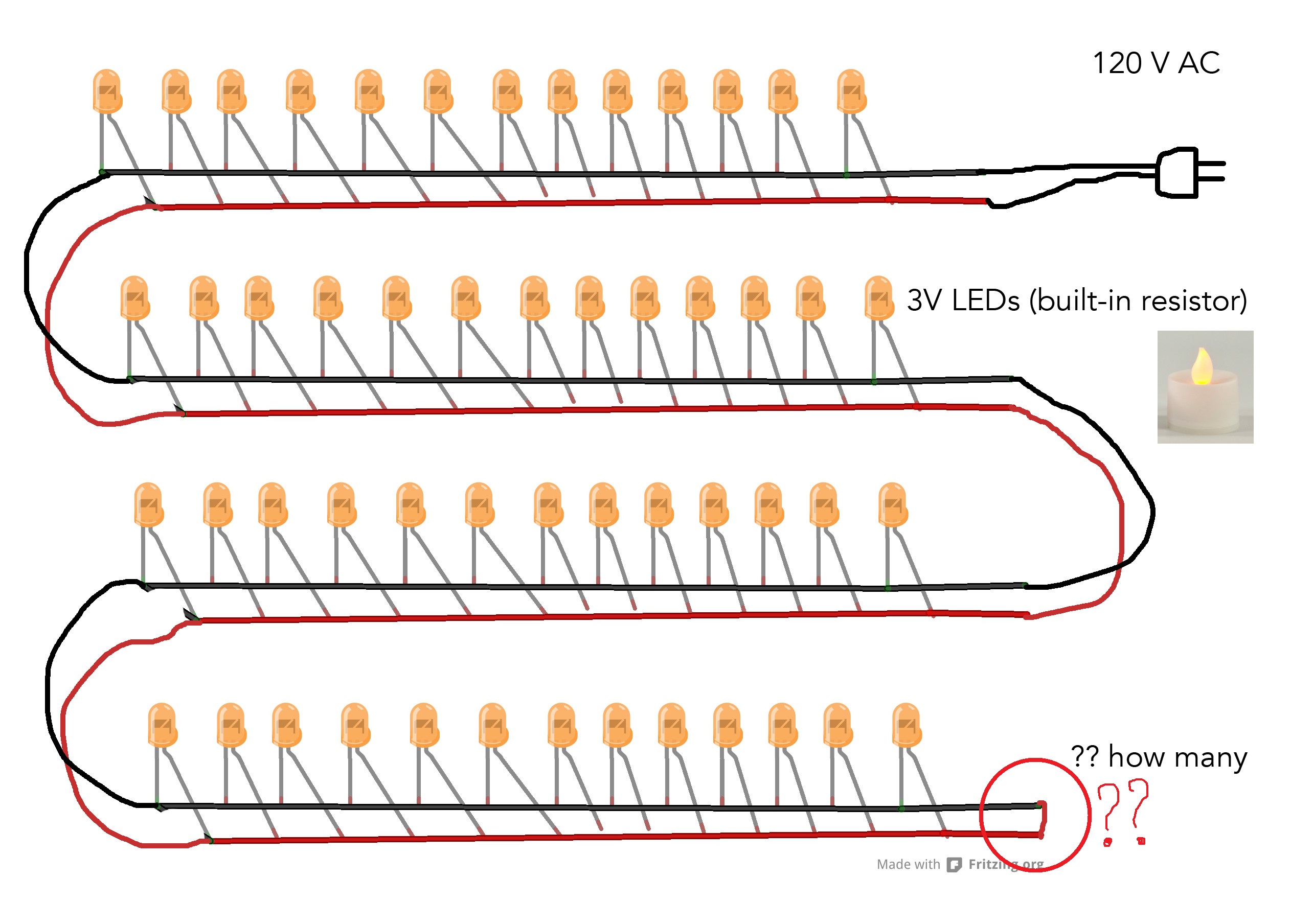 Again 3V LED can't tolerate 120V. If you want to connect those LEDs in parallel then you have to use voltages near 3V and some resistances in series to fix the current. One more thing is that you have to keep in mind the current rating of the supply. If you want to connect too many LEDs in parallel then it requires more current.

Not the answer you're looking for? Browse other questions tagged power-supply led power wiring or ask your own question.