Why is Ethernet not intrinsically safe?

I understand from a training session that ProfiBUS is considered intrinsically safe, while ProfiNET is not. Some googling indicates that ProfiNET can never be intrinsically safe, because Ethernet can not be. This surprises me, as Ethernet over fiber seems very unlikely to cause a spark under any imaginable circumstances, and Ethernet over twisted pair shouldn't be much worse in this regard. We're not talking about high voltages or power availability.

So why is Ethernet not considered intrinsically safe, while other low-voltage communication standards like ProfiBUS are?

Profibus is really low speed compared to ethernet and hanging components on the line to convert its energy levels to be compatible with intrinsically safe installations is quite trivial. I'm talking about a thing called a zener barrier - this consists of a fuse, 2 or 3 zeners (hazardous zone dependant) and a resistor.

The fuse protects the zeners, the zeners limit the voltage and the output resistor limits the current.

I can imagine that using such a zener barrier with high speed data systems like ethernet will be a real problem getting them to work. Having said that, such things do exist here: - 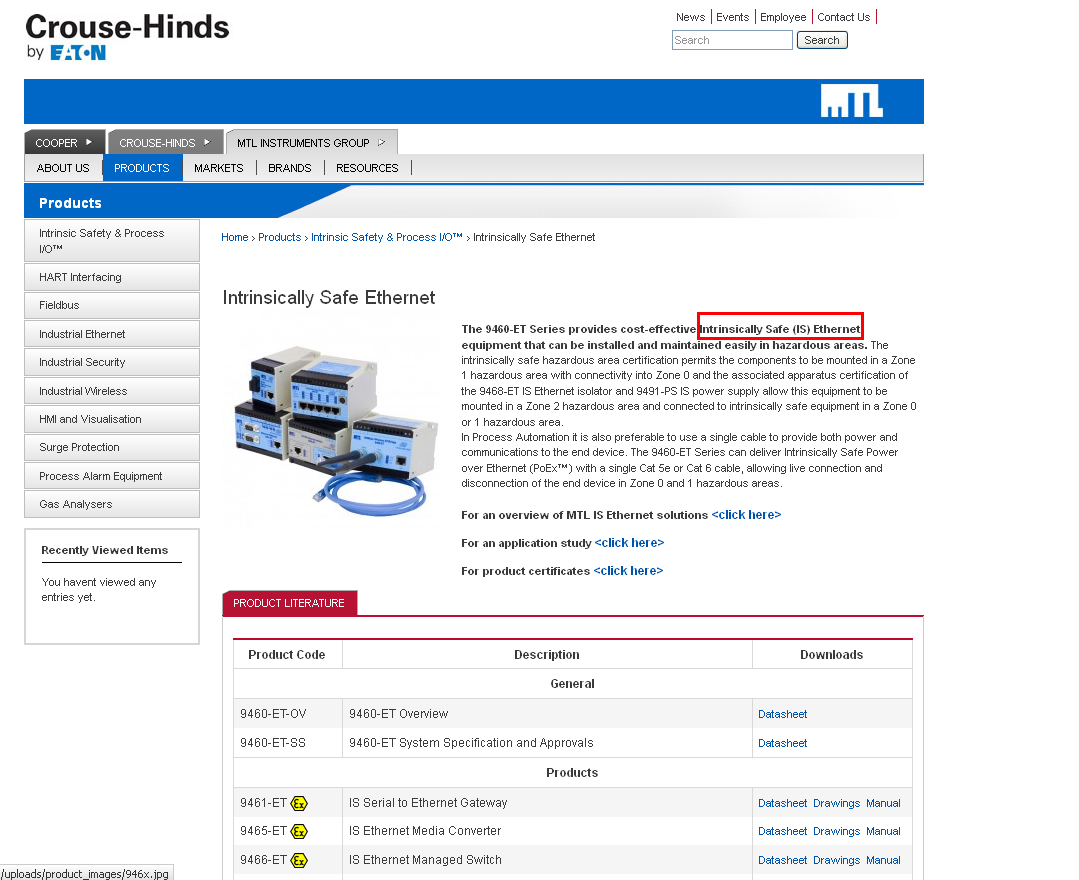 I haven't checked what speed it will run at - I'll leave that up to the OP.

Not the answer you're looking for? Browse other questions tagged ethernet safety spark profibus or ask your own question.