LED still shines when MOSFET is off

I have the below circuit and when I turn off the MOSFET (Logic 0 at gate vg) the LEDs (LED1 and LED2) still shine with a small intensity. When I replace the LED with an incandescent lamp (car lamp) the lamp does not shine at all. Does anyone know why? 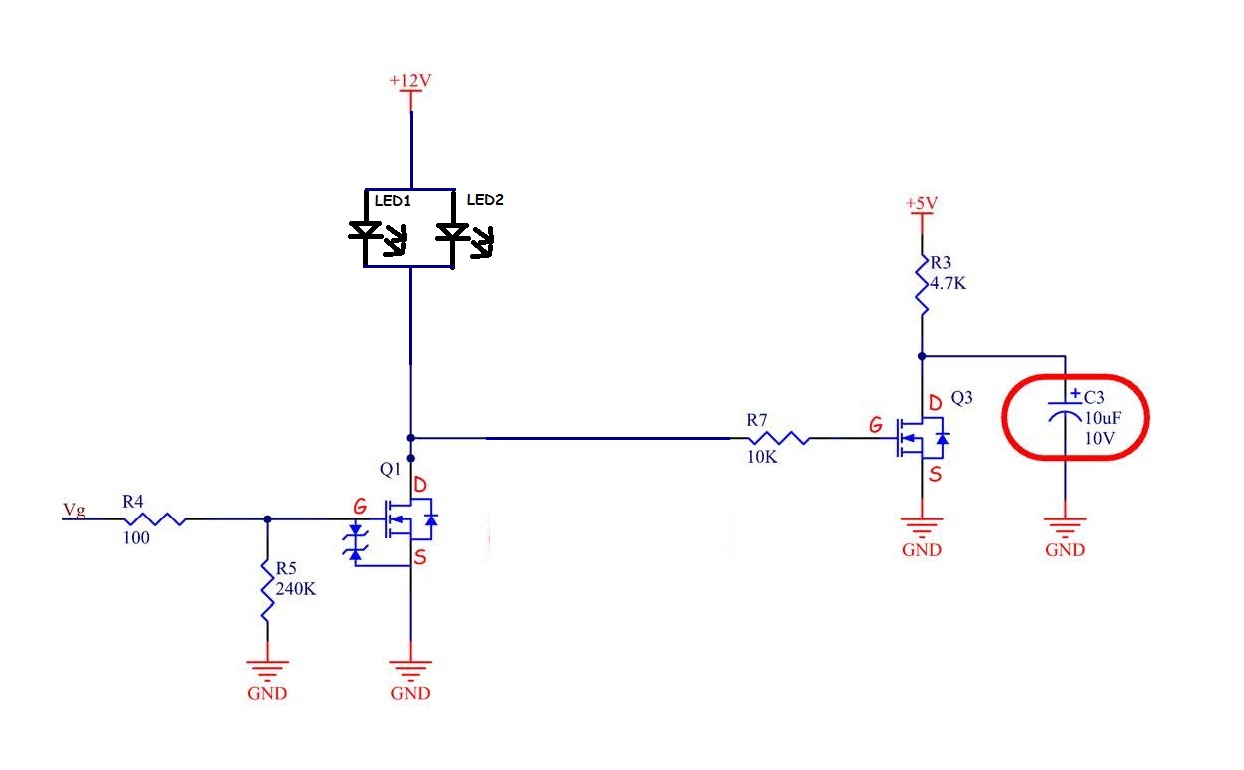 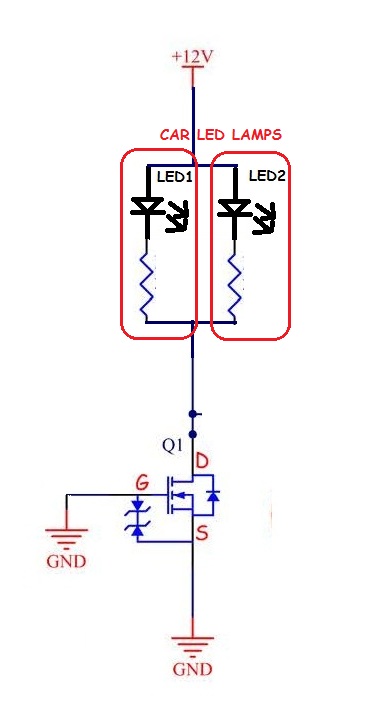 Looking at your MOSFET's datasheet, the Gate-Source leakage current is 10uA at Vgs=16V. You have almost 12V at the gate of Q3. That's enough current to barely turn on the diodes.

It doesn't look like Q1 would be a culprit. Datasheet says it's only sinking 1uA with 60V Vds. Of course if Q1 is damaged all bets are off. Echoing one of the comments above, you haven't added anything to limit the current through the diode. The on resistance of Q1 is in the tens of milliohms, and it's not rated to take more than 4A. So unless your 12V source is current limited, it's likely that you've damaged either Q1 or the LEDs or both.

The reason you don't see anything in an incandescent bulb is that incandescents take a lot more power to show that they're on. They're about 5% efficient at full power, even less so when dimmed.

7
Efficient constant-current regulator for 700ma LEDs
0
On and off Flashing LED's
0
Simple Series Circuit: depending where the resistor is, I get different results. Explanation?
0
Need help with fundamental understanding of voltages in this circuit
1
Minimizing PCB size of a 192 RGB LED array
0
Instrument bulb LED replacement
0
Auto LED dimly lit when off
0
Using a MOSFET to turn on/off LEDs which could get reverse voltages
0
LED-drivers FAN5331 and FAN5333